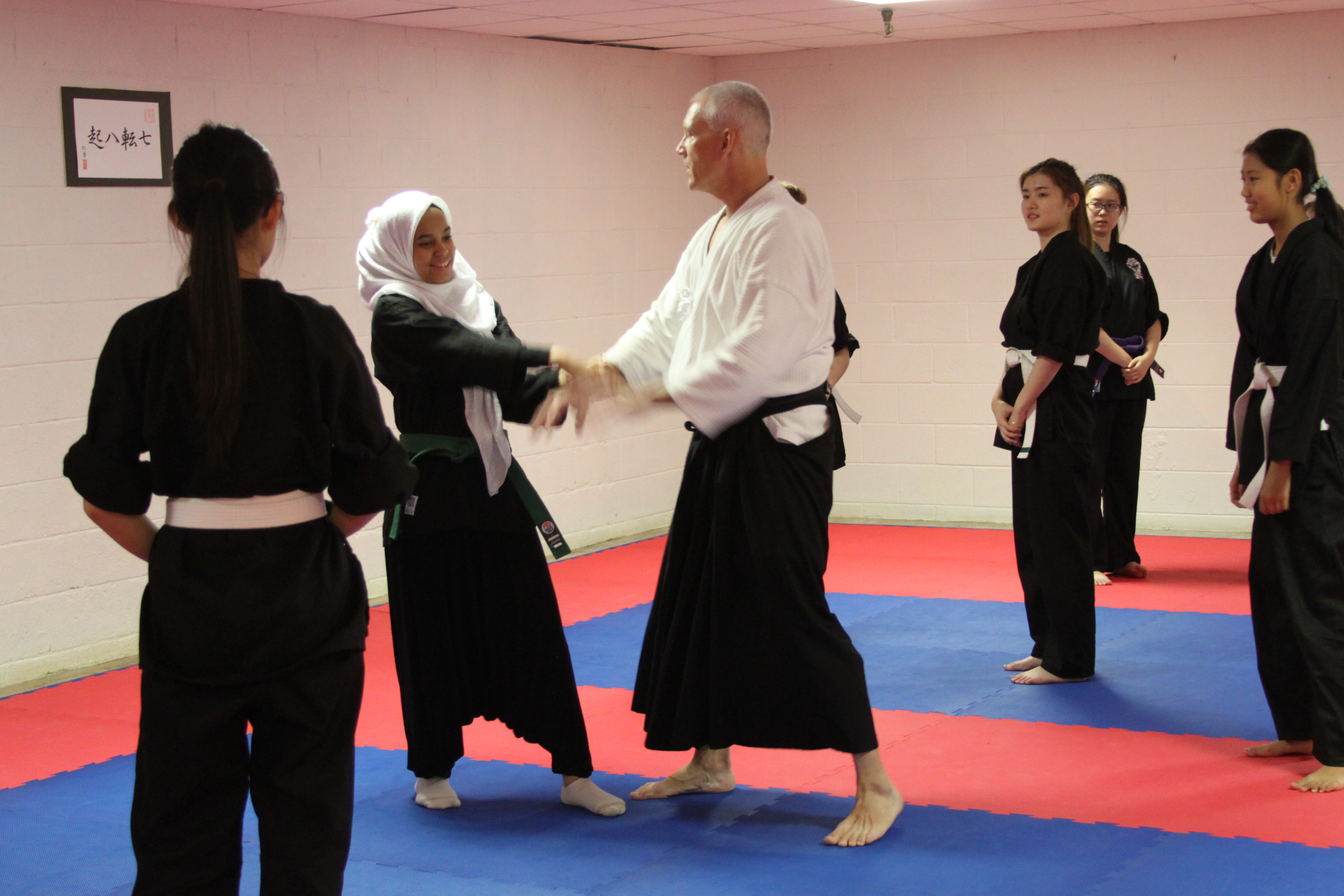 On Thursday, October 2, Sensei Dave Kohls from Aikido of Arlington visited the Madeira Dojo to teach the girls the philosophy and techniques of aikido. While karate and aikido are both Japanese martial arts, they take very different approaches to self-defense. Karate focuses on intercepting an attack with a block and retaliating with strikes and kicks designed to disable an attacker. Aikido, which means way of harmonizing with the spirit of the universe, focuses on defending oneself through unbalancing and redirecting the opponent without causing harm. The girls had a great time trying techniques on each other and the hour and a half of training only left them wanting more.