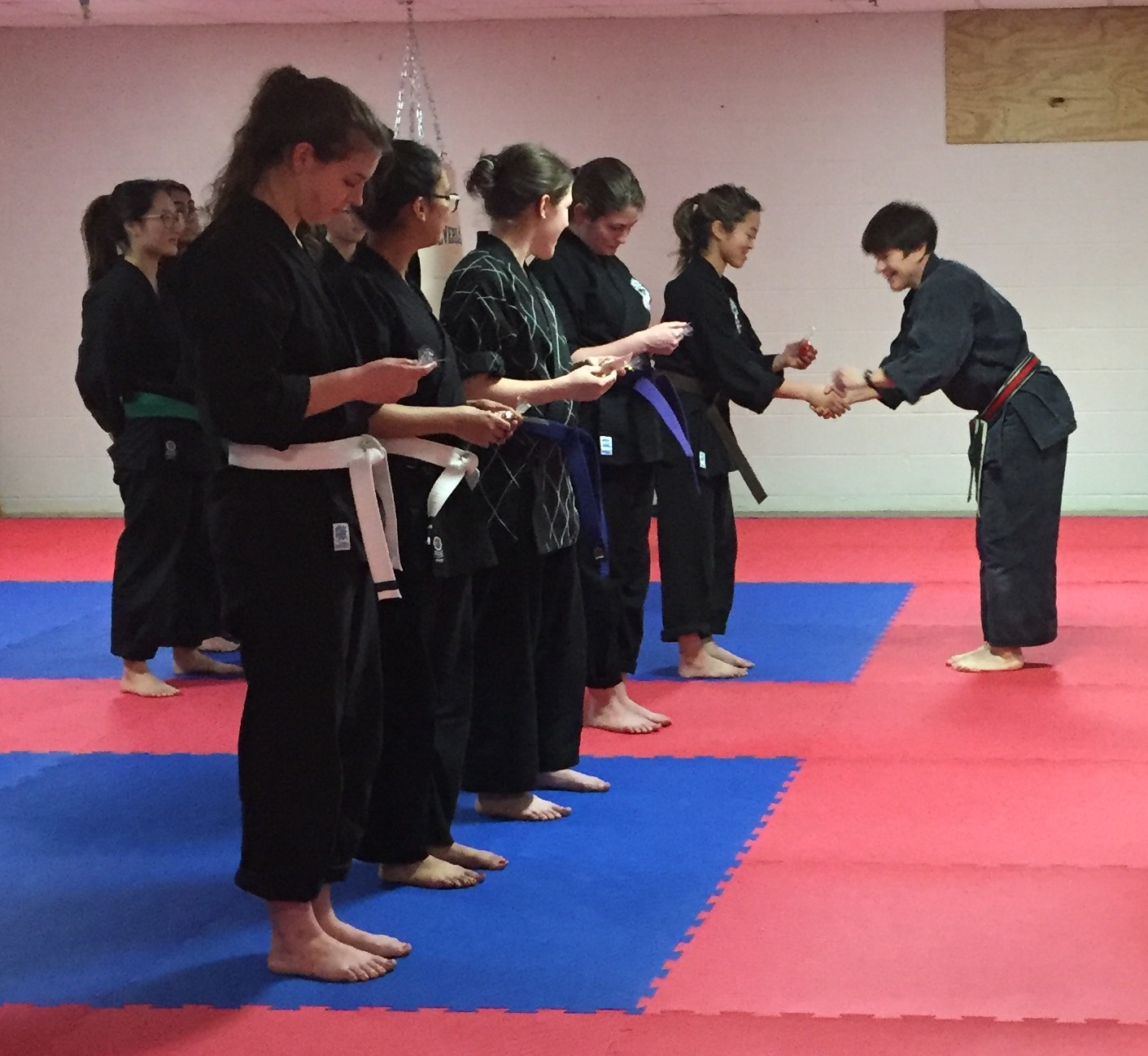 On Friday, February 24, 2017, Dr. Stacey Boyette honored the seniors students of the Madeira Karate Dojo with promotion and recognition. Maddy Clement ’17 was promoted to the level of san kyu, or third level brown belt.  Maddy began training in the dojo at the beginning of her sophomore year, and has been a steadfast leader in the program for the last three years.  She is only the third student in Madeira karate history to reach this level of promotion.

The Madeira Karate senior class, Maddy Clemente ’17, Olivia Levin ’17, Soleil Ephraim ’17, SarahKate Clarke ’17, and Nicole Kolmstetter ’17, was honored with the symbolic gift of a Daruma doll.  The Daruma (or Dharma) doll is a traditional Japanese figurine that has a weighted, rounded base.  Due to its design, the doll always returns to an upright position when knocked over, representing an indomitable spirit and the ability to succeed in the face of difficulty.  The Daruma doll also embodies the opportunity for future goal achievement. The eyes are both left blank and are painted one at a time by the recipient - the first when a personal goal is set and the second when that goal is completed. This serves as a wise reminder of the need of self-reflection and continual improvement.

Congratulations to all of the Madeira Karate students on a fantastic year, and best of luck to the accomplished senior class!