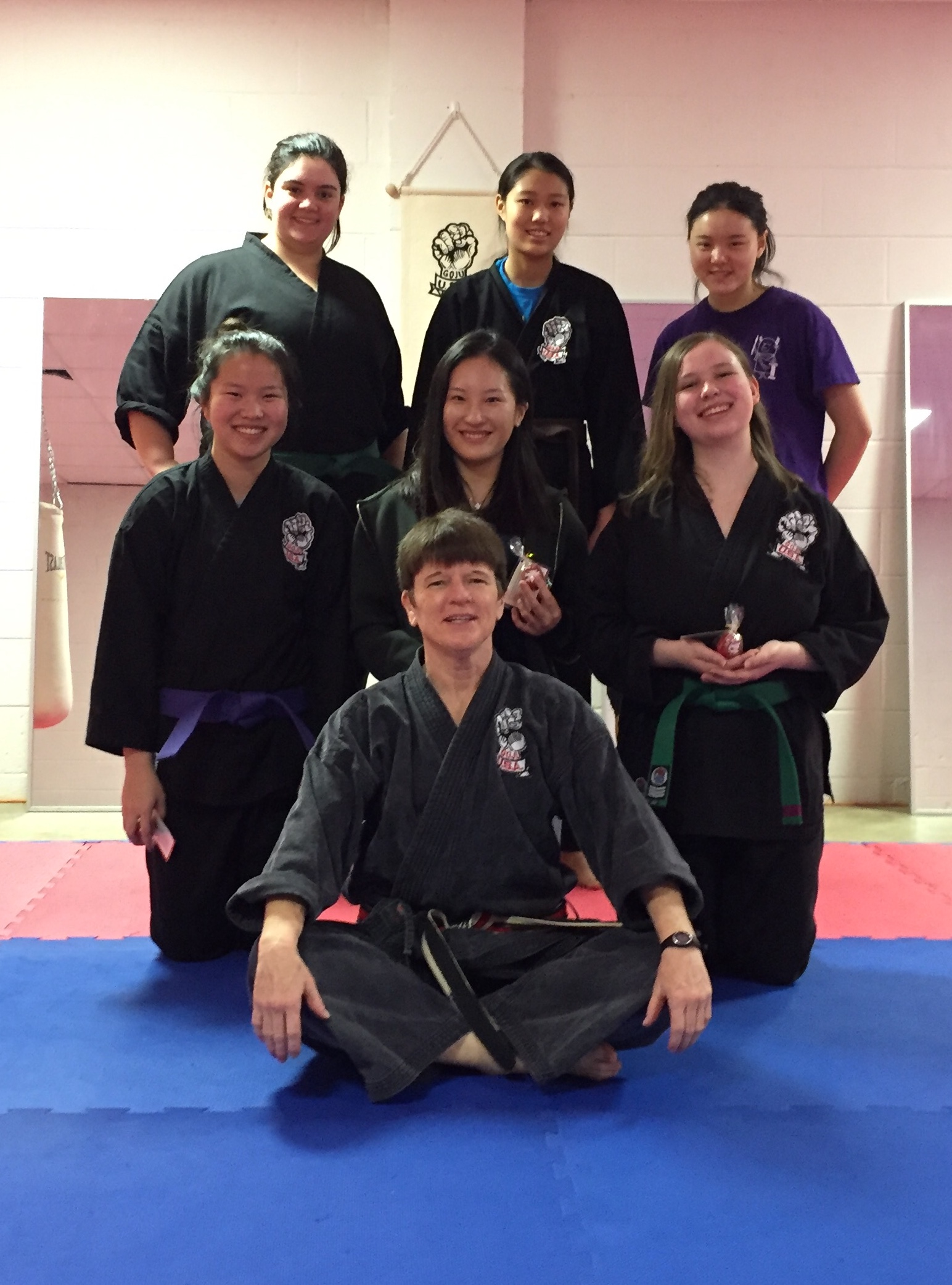 During the winter season, Madeira karate students developed empty-handed techniques including blocks, strikes, kicks, sparring combinations, and kata (forms) with an emphasis on self-defense applications.  Students also learned how to fall properly, how to throw an opponent, and how to perform fundamental techniques with escrima sticks and the five-foot staff (bo).  After becoming proficient with basic bo blocks, strikes, and patterns, the class learned a complex bo form called tokumine no kun, which had never been taught before at Madeira.  Along with the physical training, students developed mental focus, self-confidence, cooperative spirit, and leadership skills.

Guest instructors from Aikido of Arlington, Sensei David Kohls and Sensei Theresa Liao, visited the dojo on separate occasions throughout the winter term.  Aikido is a Japanese art that focuses on getting out of harm’s way and subduing an opponent without injuring them.  The emphasis of this training was to use footwork, body positioning, and timing to blend with the attacker’s energy rather than to oppose it.

Before the season ended, ten students received belt level promotions in USA Goju Karate based on proficiency of technique, time in grade, and personal growth and development.

Yon-kyu ho (purple stripe on green belt):  Morgan Taylor ’18 – This is a preparatory rank for purple belt testing upon continued commitment and training.

In addition, seniors who had reached Go kyu (green belt) and above during their time at Madeira, Rachel Bamberger, Sally Cao, Lucy Li, Ciara O’Donoghue, Morgan Taylor, and Zixuan Zhao, returned to the dojo to be honored and presented with a Daruma Doll.  The Daruma Doll is a traditional Japanese figurine that has a rounded, weighted bottom that always returns to an upright position when knocked over.  The doll symbolizes an indomitable spirit and is a constant reminder to keep striving in the face of difficulty.

If you have any questions about the program, please contact the instructor, Dr. Stacey Boyette (Science Department).  Dr. Boyette has trained in the martial arts for almost 40 years and holds the rank of 7th degree black belt.