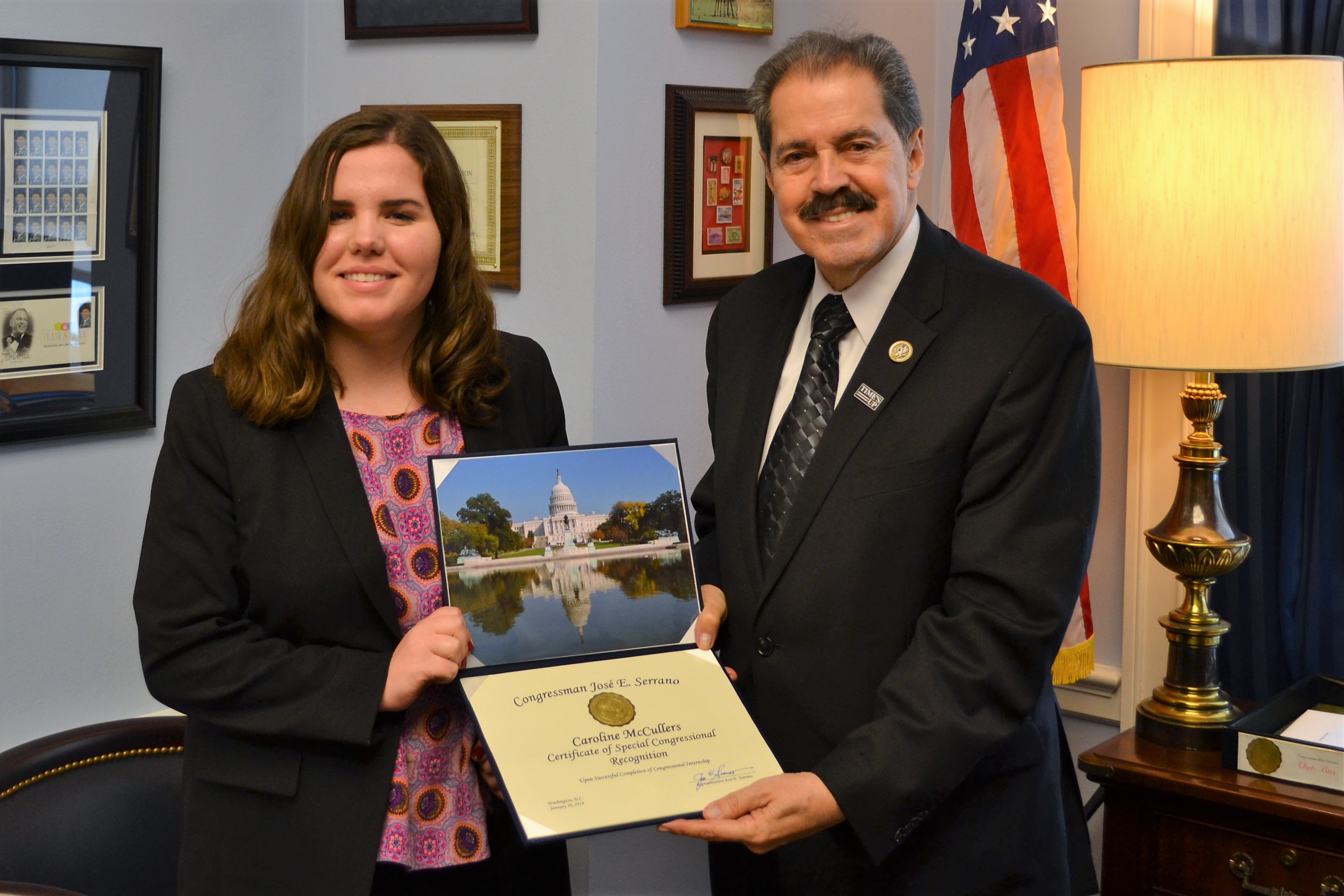 When Caroline McCullers ’19 began her junior-year internship for Congressman José Serrano, she had no idea that she would be directly affecting national policy.

Caroline’s passion is education, but she also quickly became passionate about the economic situation in Puerto Rico, which is where Congressman Serrano is from.

“One of the biggest surprises to me about working in Congress was how little was done for Puerto Rico. It was devastating.”

During her internship, Caroline was tasked with researching bills that the Congressman might support. She had to write a memo outlining why the bill was important and why the Congressman would be willing to support it given his past statements on certain issues.

Caroline found a bill dealing with student loan interest and immediately knew that it was perfect for her project.

“Student loan debt is an important issue because the Congressman is a big believer in education. He knows that it is one of the main routes to be successful in this country and he does not want quality education to be the cause of never-ending debt.”

The legislative assistant in charge of education was so impressed by Caroline’s work that he scheduled a discussion between Caroline and the Congressman where Caroline presented her findings.

After presenting her arguments as to why she felt the bill was important, Congressman Serrano agreed that he should become a co-sponsor.

What started out as a standard project became much more than that. As a junior in high school, Caroline was able to have a tangible effect on the legislative process.

The bill can be found and tracked at: H.R. 3572-Making College More Affordable Act