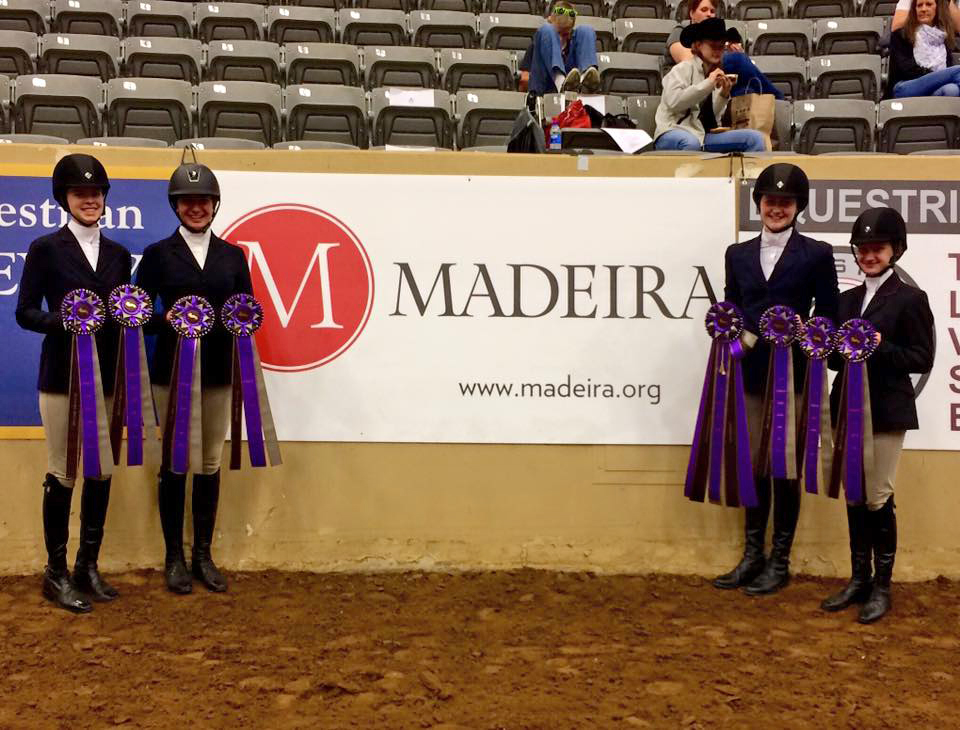 Over the weekend of April 22, five members of the equestrian team represented Madeira at the Interscholastic Equestrian Association (IEA) National Finals. The team placed seventh out of 1,300 teams from ten zones throughout the United States.

Drawing from the nation's leading middle and high school students, riders competed in a variety of different classes over the three-day championship held at the Kentucky Horse Park in Lexington, KY.

“One of the things that make the Madeira riding program special is the riders care more about the team and the team's accomplishments than their own individual scores. They've worked incredibly hard over the past several years toward their goal of qualifying for nationals - which is a huge accomplishment in itself. To finish seventh as a team is a true testament to the hard work and dedication that they have shown,” said Coach Jessica Leonardi. “I was very proud of all of their performances, they rode well and handled themselves with grace over the entire week through a variety of difficult circumstances. It was a young team, so I'm looking forward to having them all back next year to continue building on this success!

Congratulations to the team on a great year!