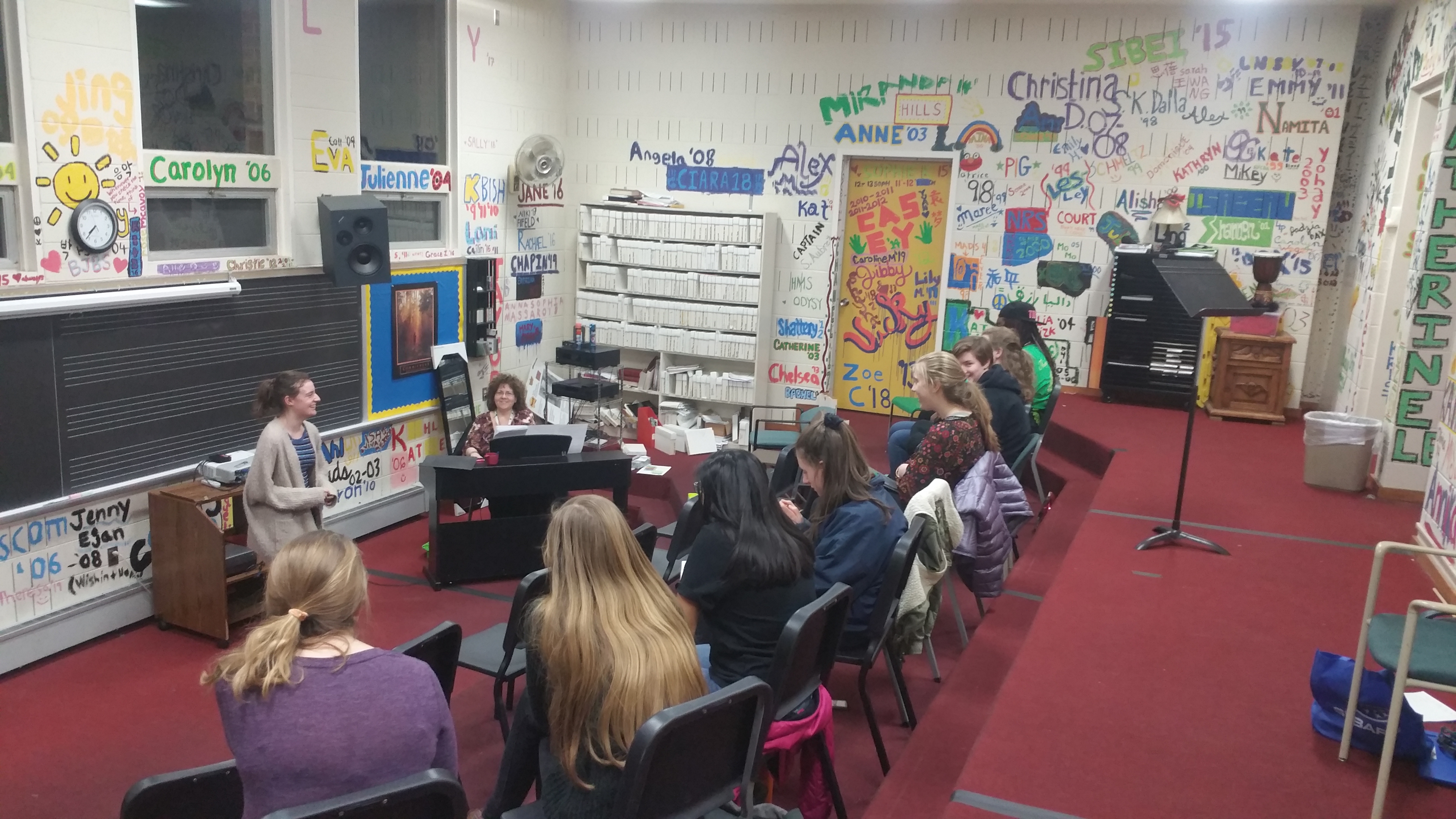 Madeira students in the Winter Musical, Into the Woods, blazed new trails in musical theater under the guidance of Resident Artist, Mary Sugar. Ms. Sugar came to Madeira through a connection with Harry Winter, the music director for this year’s musical, and she lived with campus residents, the Fotofilis, during her one month stay at Madeira.

At the keyboard during rehearsals and in the pit for the show, Ms. Sugar led sessions in musical theater performance and audition workshops allowing the students to gain even more from their theater experience this year. Stellar performances across the three-day run were proof that Ms. Sugar’s influence was beneficial the cast.

An accomplished music director, vocal coach and accompanist for musical theater, she has played for performers as varied as Clay Aiken of American Idol fame to Shirley Jones, Barbara Cook, The Irish Tenors and many more in New York City and has toured with them internationally. She recently spent six years in the Washington, D.C. area, where she played at The Kennedy Center for the Performing Arts, The National Theater, Signature Theatre, Ford’s Theatre, Studio Theatre, the D.C. Cabaret Network, Washington Savoyards, American Century Theater, Montgomery College, and other venues. She has also taught classes in musical theater performance, scene study and audition technique at New York University, Syracuse University and many other institutions.

“The show was a stunning success,” said Arts Department Chair, Stacie Steinke. “Cheers of 'best show ever' were heard around campus.”