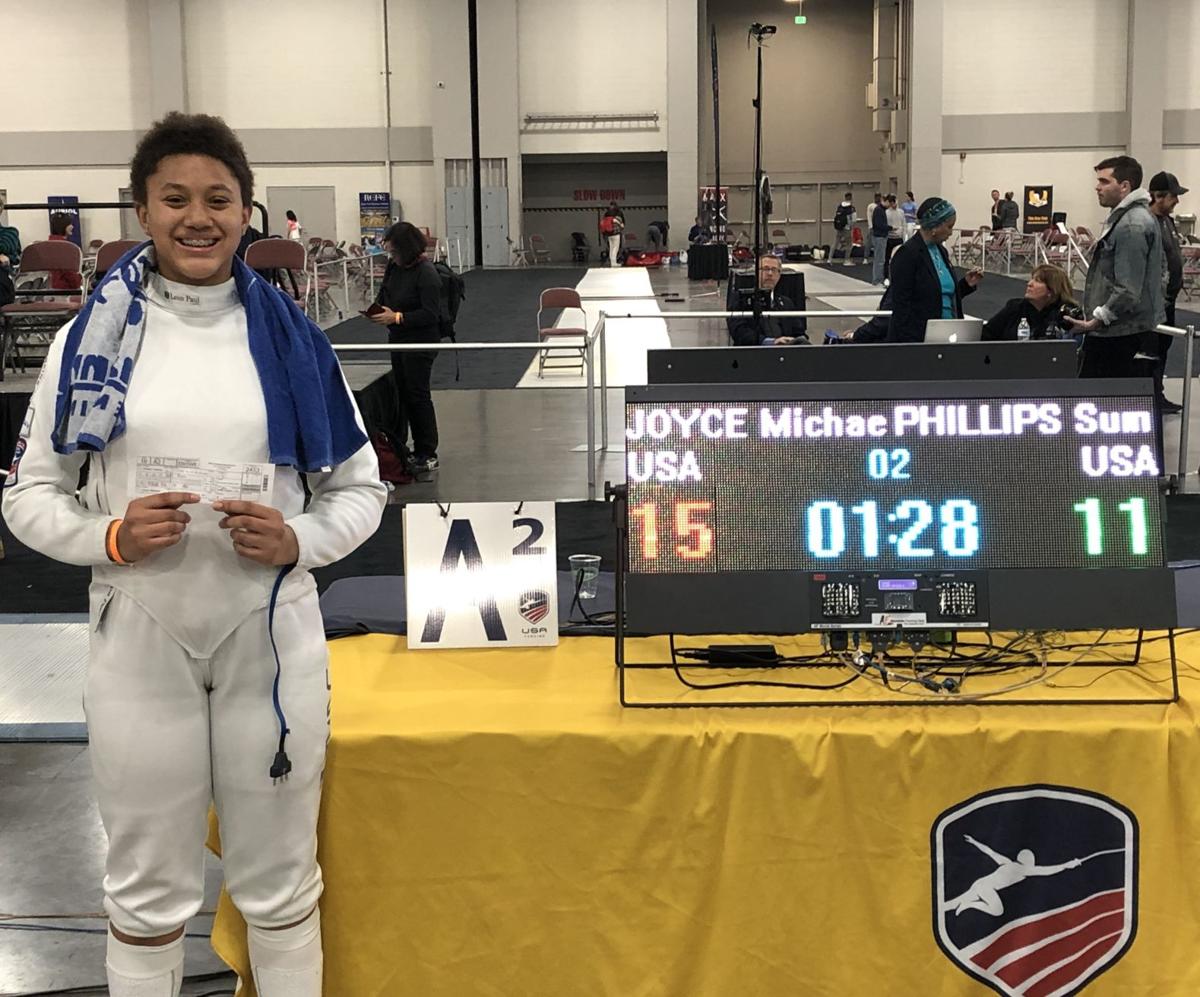 Michaela won each of her six preliminary round bouts to earn the No. 5 seed. She followed that up by winning five consecutive elimination round bouts to advance to the final and earn a silver medal.

"I had to push myself to stay focused on my actions and keep a clear mind. It was all worth it to look at my father's face of excitement after winning the quarter final bout by one touche," Michaela said.

Epee fencing is an Olympic and NCAA combat sport where the athlete's actions are registered on an electronic scoring machine. Epee is a point weapon, where the goals is to hit first anywhere on the body. Michaela trains with Ilya Lobanenkov at Cardinal Fencing Academy in Sterling.

"This result proves that if you have the desire, family support and stick to the program, you can achieve anything ahead of schedule," said Coach Lobanenkov, founder and head coach of Cardinal Fencing Academy.

Earlier this year, Joyce was part of a four-member United States fencing team that won silver at the Bratislava Cadet World Cup in Slovakia.