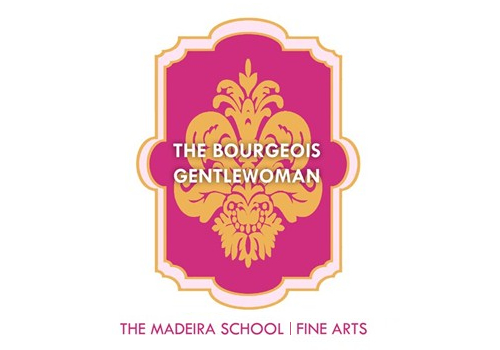 The Bourgeois Gentlewoman, adapted from Moliere’s play, is a 17th Century French farce which pokes fun at the ridiculous business as social climber. Madame Jourdain wants to rise above her own class, hob knob around with the nobility, and learn to dance and sing like an aristocrat. In this effort, she is swindled out of her money by any number of charlatans and alienates herself from those who truly love her.

When she refuses to allow her daughter to marry the man she loves, the entire household bands together to outwit her, and bring her to her senses. In addition to our talented student performers, this production will feature music composition, choreography, and cameo appearances from Madeira staff and faculty.

Tickets may be purchased in advance online. Tickets may also be purchased at the door with cash. Seating is general admission. Admittance for Madeira students, faculty, staff, and campus residents is free of charge. Students involved in the production receive four complimentary tickets.