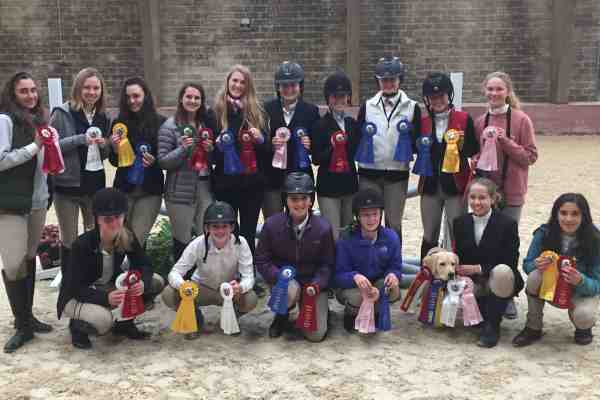 Congratulations to all our riders who competed at Foxcroft on Sunday, November 5, 2017! Madeira Equestrian was named Champion at the event, qualifying the team for the postseason. The Middle School team earned Reserve Champion.

The result from the Foxcroft show are as follows:

Jacey Albaugh '18 was 2nd over fences and 1st on the flat.

Bridget Vaughey '19 was 1st over fences and 1st on the flat, qualifying her for regionals on the flat.
Grace Frulla '21 was 5th on the flat.

Congratulations to the Madeira Equestrian team on an amazing first ANRC show of the season! Madeira earned champion overall in the high school open division.

In the novice high school division, Adriana Luedke '18 earned fourth in the medal, first in the derby, second in the program ride, and champion overall. 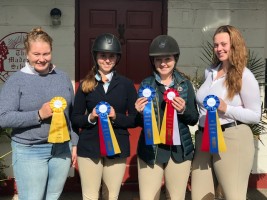