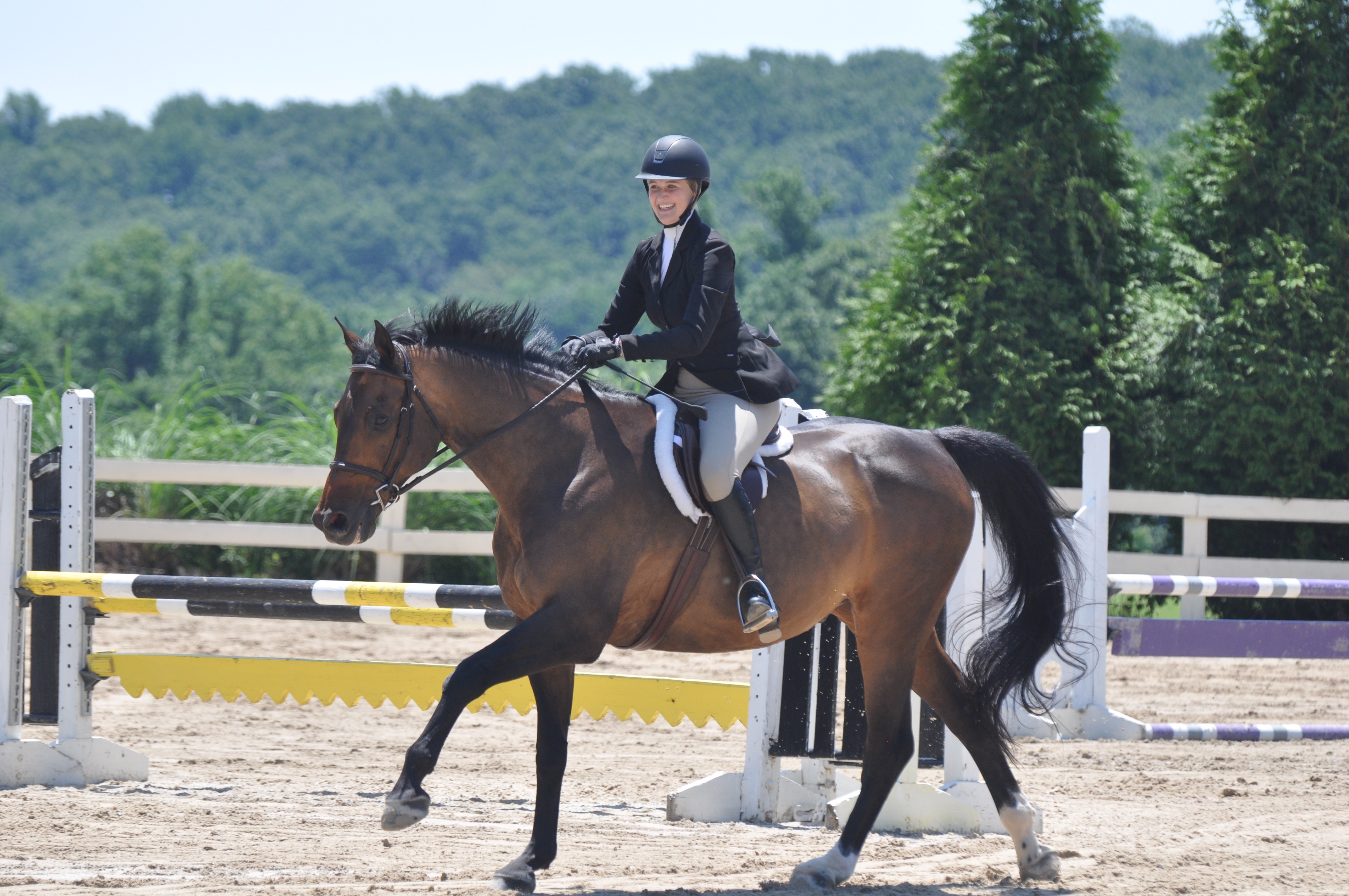 Ava and her horse Primetime ?snailing-it? in the Gittings Medal class.

Even though school might be out for the summer, the Madeira Equestrian team is still going strong. The summer show season kicked off with two strong weeks showing at the beautiful show-grounds in Upperville, VA. Highlights from those weeks included Rachel Michael ’16 winning the Local Medium Pony Championship, the Local Pony Grand Championship, and being named Best Child Rider on a Pony at the 163rd annual Upperville Horse and Colt Show.

Over the weekend of June 24-26, the team traveled to the McDonogh School in Owings Mills, MD to compete in the June One Day Show and USHJA Zone 3 Stirrup Cup Finals. Highlights include Ava Brugger ’19 winning the Gittings Medal on both Saturday and Sunday. The back to back wins secured Ava’s place at the Gittings Medal Finals this October. Quite an accomplishment in itself but extraordinary considering it was her first time riding in the medal and the first time she and her horse competed in the jumper ring where these classes were held.

The team will be heading to the 97th annual Warrenton Pony Show the first weekend in July and then up to the green mountains of Vermont for two weeks of shows at the Vermont Summer Festival.