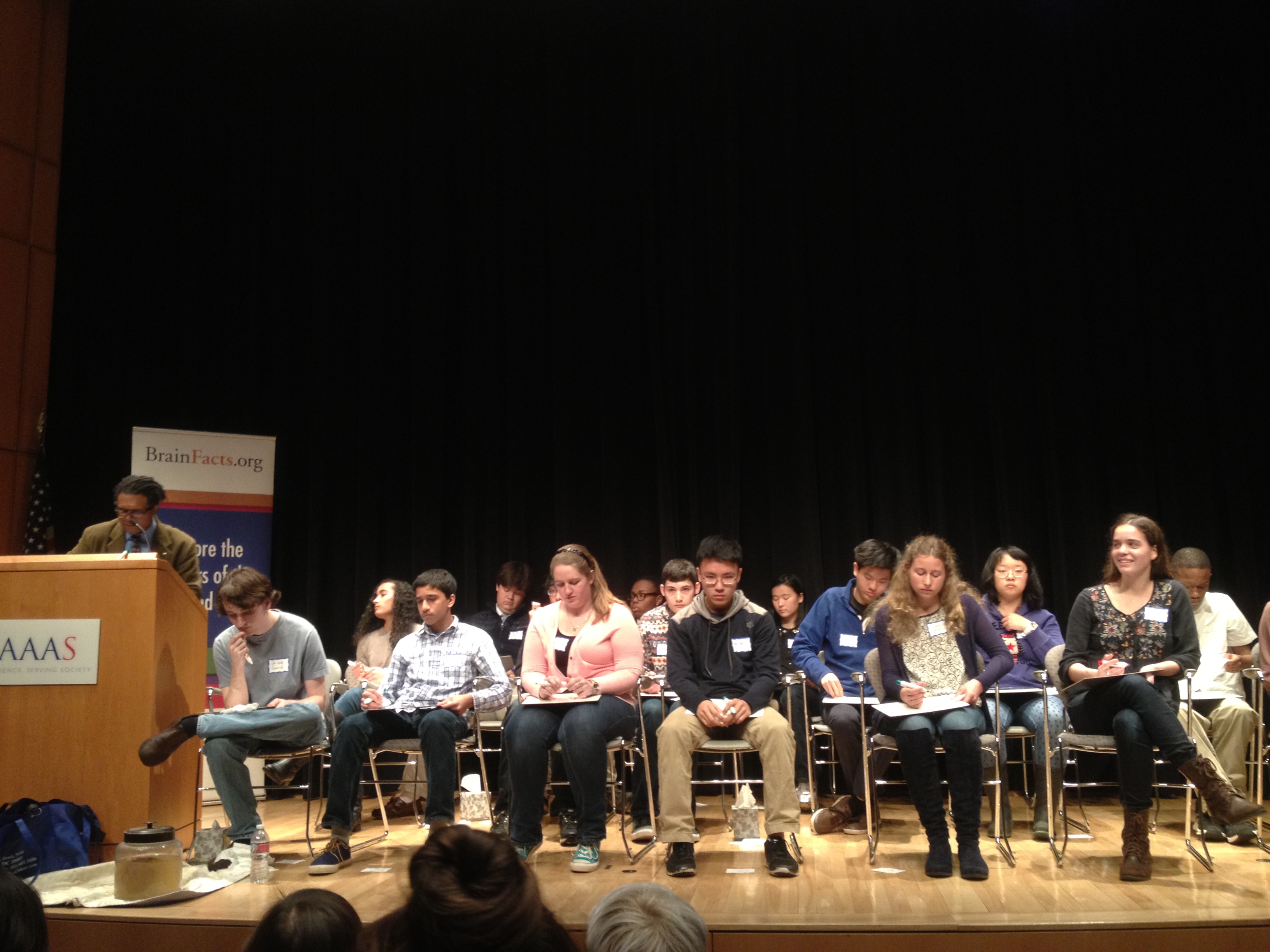 Emily and Kristin were competitors in the neuroscience competition, which was sponsored by the Society for Neuroscience and was held from 5-7 pm at the American Association for the Advancement of Science building in Washington, D.C. The competition was similar to a spelling bee, but with questions about the brain. The contestants sat on a stage, facing judges who are professional neuroscientists, and had to answer a set of rapid fire questions on white boards. One example question was, “What is the name for our ability to learn and consciously remember everyday facts and events?” Answer: “Declarative memory.” Each round consisted of five questions. Kristin made it to the 4th round, and Emily made it to the 6th round. Vinnae attended as an alternate, and was an enthusiastic supporter who quizzed Emily and Kristin during the entire car trip. Their knowledge was impressive!

Emily discovered the contest, found the information for the adults to pursue, disseminated the information to Madeira students, and organized ways for all of the students to study together. It was a great event, and we’re excited to pursue it even more competitively next year!