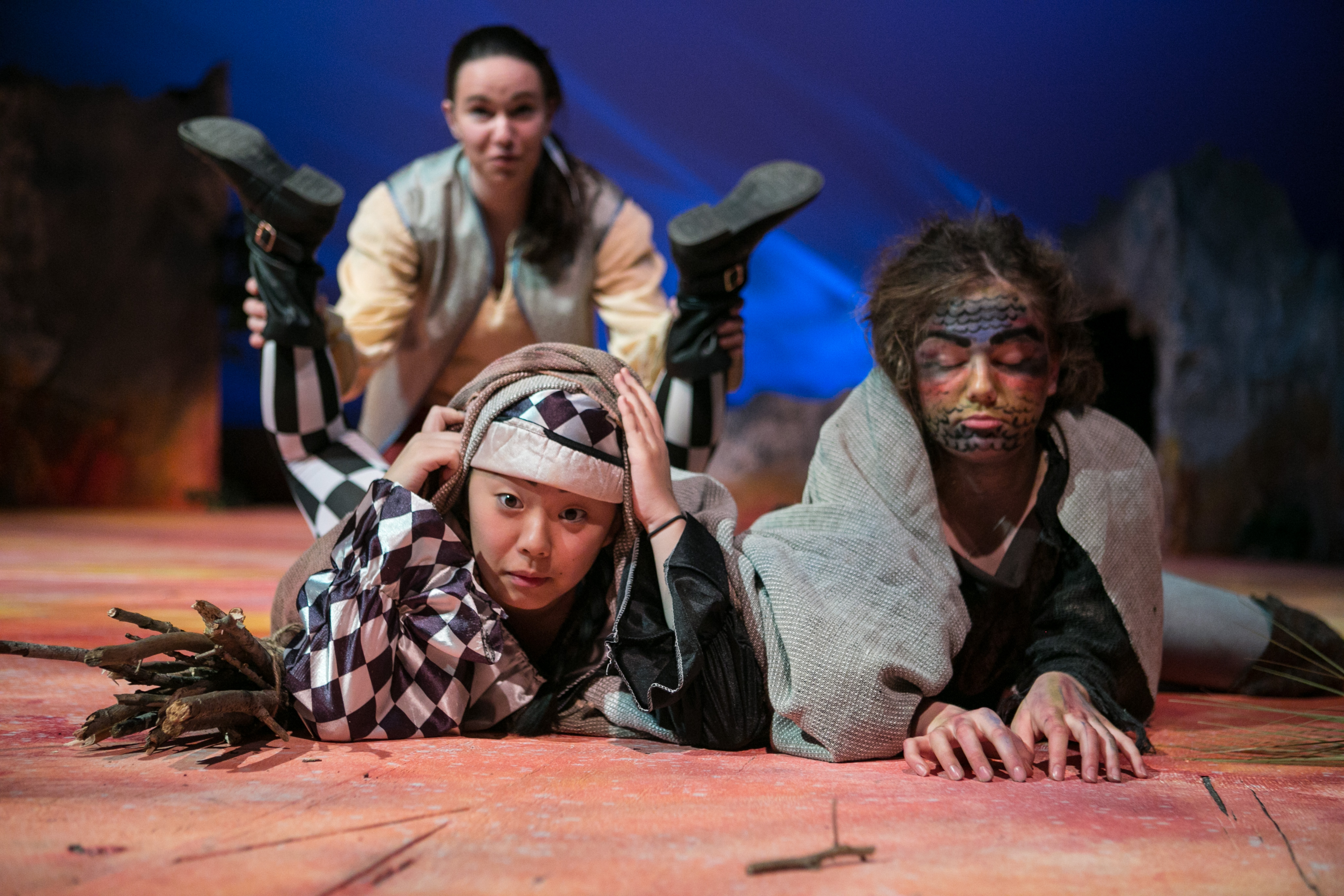 Jeeho (left) as Trinculo in The Tempest 2014

A big congratulations to Jeeho Ha ’17, who is nominated for a Cappies award in the category of Comic Actress in a Play for her role as Trinculo in our fall play The Tempest.

The Cappies Gala is a high school theater awards ceremony that imitates the Golden Globe awards, where student critics assign awards in all different categories to local high school performers and tech students. The black tie event takes place at the Kennedy Center Concert Hall. Student critics from all over the D.C. area attended our production of The Tempest and nominated Jeeho to receive this award. Jeeho is one of five finalists in the National Capital Area for this award!

If you would like to attend the Gala to support Jeeho and cheer for Madeira when her name is called, please email Ms. Cowan by Thursday, May 21.