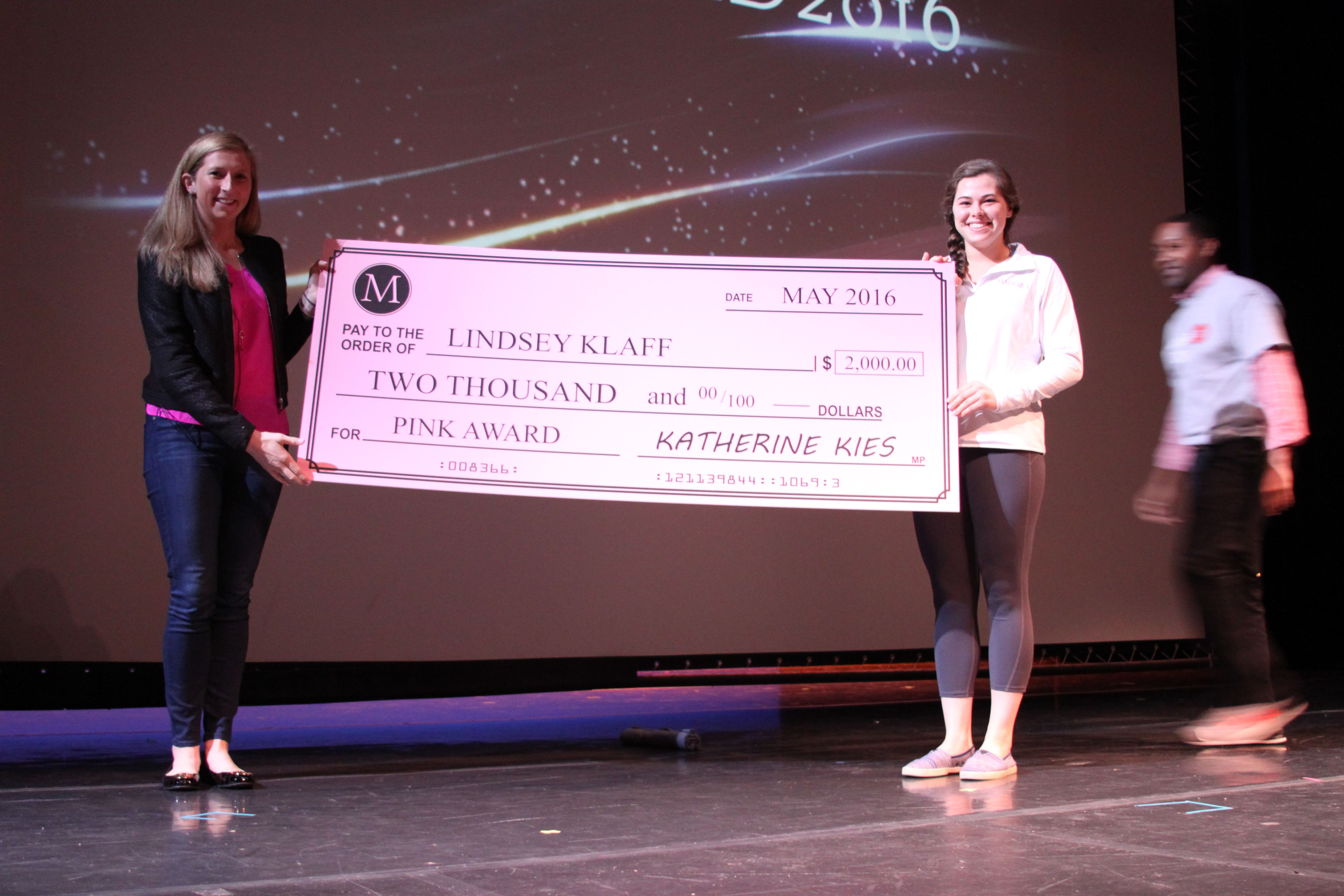 On April 29, the fifth annual PINK Award was given to Lindsey Klaff ’17 who intends to use the award money to deepen her understanding of globalization and international affairs.

Lindsey, a day student from Potomac Falls, VA, will use the award money to attend Columbia University’s immersive summer program in US Economy and Globalization. Lindsey’s passion for international affairs and foreign policy stood out in her application in which she described how she envisions the Peace Corps being part of her personal and professional life.

The PINK Award, which stands for “Passion, INitiative, and Knowledge,” was established by Katherine Kies ’07 to help hardworking Madeira girls pursue a goal. Upon graduating from Madeira in 2007, Kies decided to pursue a career in the hospitality industry. She went to the Cornell School of Hotel Administration. When she won the Drown Prize Award, the top honor at the Cornell School of Hotel Administration, she decided to give part of that award back to Madeira in appreciation for the Co-Curriculum experience that led her to her major and subsequently this award. Kies was on hand to personally present the award this year.

“This year’s applicant pool was so impressive,” said Assistant Head of School Andre Withers. "So much so that, for the first time, the selection committee chose to award an honorable mention to an additional student.”

Monet Umana ’16 was selected as honorable mention for her work with SMYAL's (Supporting and Mentoring Youth Advocates and Leaders) youth center in Washington, D.C. Monet created a free store for homeless youth in the area. She started collecting winter coats and recruited others from area independent schools to participate in her efforts.