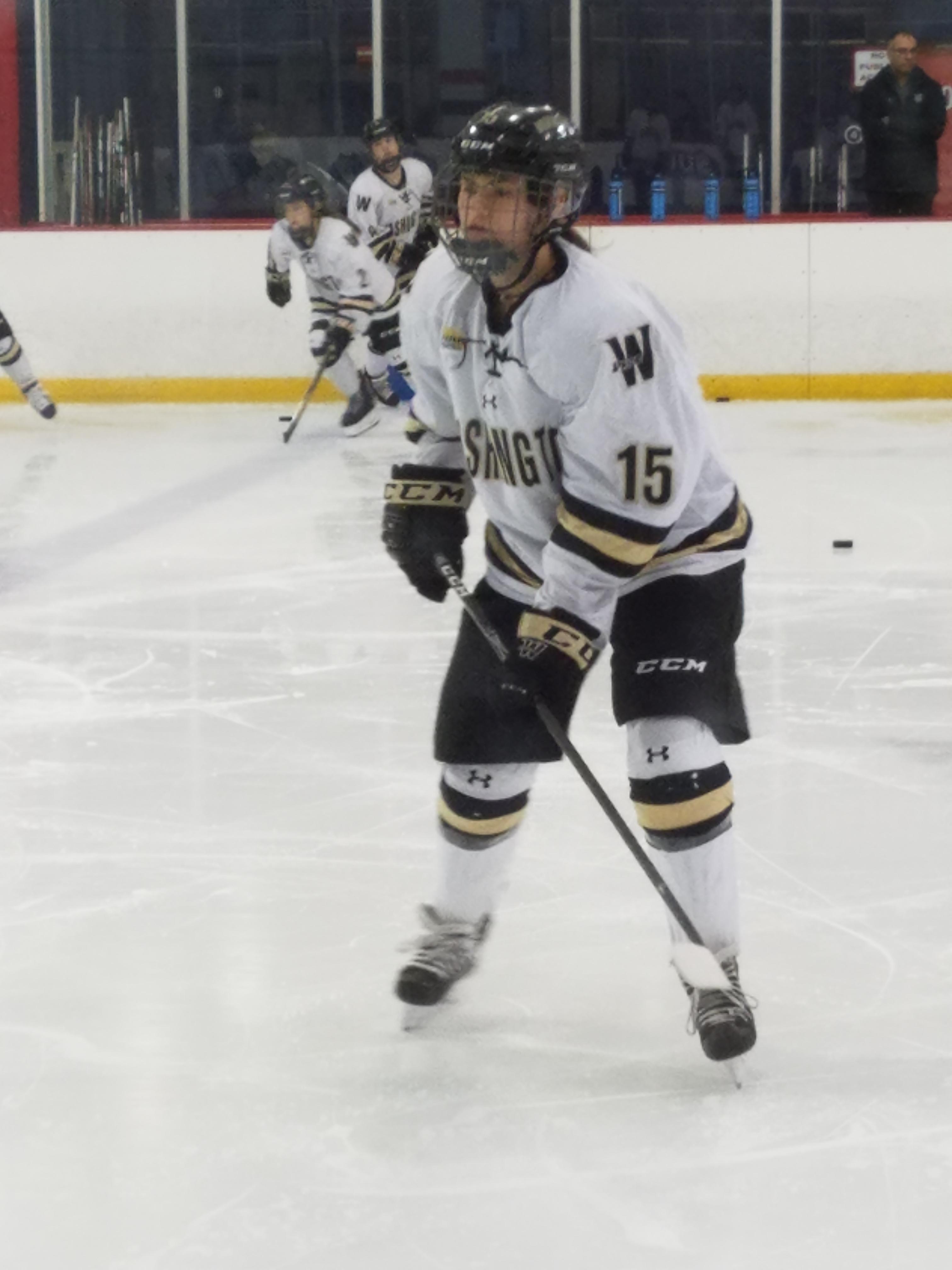 Junior Lily Wildman will continue her athletic career at the collegiate level. Lily, a day student from Great Falls, Virginia, has made a verbal commitment to play Division I hockey for St. Lawrence University in Canton, New York.

Currently, Lily plays hockey for The Washington Pride, a college-prep, girls ice hockey team based in Washington, DC. The Pride competes in the Junior Women's Hockey League and in various events across North America.  In the 2017-2018 season, Lily scored six goals and snatched 16 assists.

Lily credits her time with The Pride for helping her develop resilience. “It’s one of our values on The Pride. Ever since I started hockey, there were people that would bring me down and tease me,” she said. “I learned to focus beyond that. I had to think of the bigger picture, college hockey.”

Lily began playing hockey at age six on an all-boys team coached by her father in Reston, VA. As the only girl on the team, she experienced reluctance from opposing players. “I was made fun of sometimes, not by my teammates, but by teams we would play against,” said Lily. “The things they would say hurt, but I always knew my teammates had my back.”

Through hard work and perseverance, Lily was scouted and sought after by college teams. She visited several schools in the northeast, but ultimately decided St. Lawrence was the place for her. She found it to have the right blend of academics and athletics.

“I fell in love with the campus. It was the perfect size in a perfect small town setting. I felt at home there, she said. “I love their coaching philosophy and I know that their players are so happy with the program. It has been ranked among the top Division I women’s hockey programs in the country and I thought it would be amazing to be part of such a successful program.”

Lily is grateful for all the opportunities Madeira has provided  for her and credits the School with preparing her for the next step.

“I’ve learned that if you want to do something you just have to buckle down and set your mind to it. You have to work for it!” she said. “I know that’s a skill that I am going to take with me to college and beyond.”

Lily will enter her senior year at Madeira in August and then head to St. Lawrence University in the fall of 2019.