LaRue and Gerrity to lead Athletics at Madeira 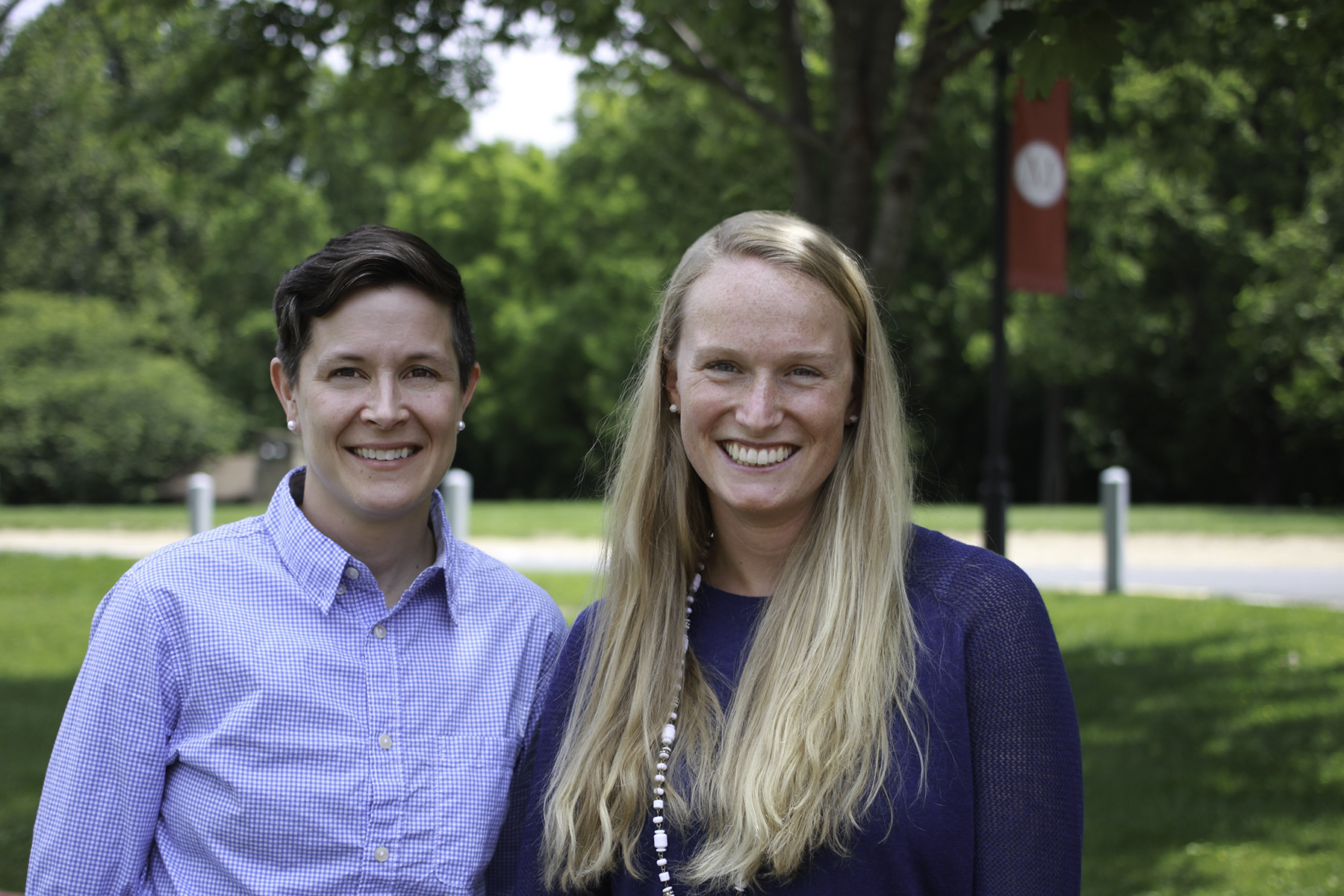 One need only to drive onto campus to see it is an exciting time of change for Madeira athletics. In early May, the School broke ground on a state-of-the-art, environmentally friendly turf field project that will dramatically enhance the athletic facilities for the upcoming school year. Along with changes to the landscape, the Snails will see new faces in Athletics next year as well. On Monday, June 6, 2016 the school proudly announced Katie LaRue will join Madeira as Athletic Director, and Madeira Admission Coordinator Lucy Gerrity will move to the Assistant Athletic Director position.

“We couldn’t be more excited about the team selected to lead the Athletic Department,” said Head of School Pilar Cabeza de Vaca. “Both have a great understanding of our boarding and day community and I look forward to supporting them as they advance our athletic program.”

LaRue comes to Madeira after serving as associate director of Athletics at Mercersburg Academy, where she managed logistics for 45 teams and served as head girls’ basketball and volleyball coach, as well as being an integral part of the residential life programs. As a coach, LaRue has successfully developed winning programs with strong cultures. During her tenure as Mercersburg Academy’s head girls’ basketball coach, the program re-established itself as a competitive force. Prior to her time at Mercersburg, LeRue led her first basketball team at Asheville School to the Carolina Athletic Association Conference finals, upsetting the No. 1 seed along the way. Her players have earned many post-season honors and she has supported numerous athletes through the collegiate recruitment process.

“I’m very excited about the opportunities at Madeira,” said LaRue. “Over the past five years, I’ve been able to build strong programs, and I want to channel that experience into growing the Madeira’s programs.”

The youngest of three in what she terms “a basketball family,” LaRue was an all-state athlete in both basketball and volleyball in high school. She played Division I college basketball at Charleston Southern University, where she earned a bachelor’s degree in business administration, then pursued an MBA at Winthrop University while serving as a graduate assistant for the women’s basketball team and assistant to the athletic director in marketing and facilities management. In addition to her love of athletics, she enjoys photography and playing guitar.

Joining LaRue as Assistant Athletic Director is Lucy Gerrity. Gerrity leaves her role in the Admission Office to help oversee the athletic programming at Madeira and serve as an important point of contact for Admission and Communication Departments. She will also coach varsity field hockey and varsity lacrosse. Prior to joining the admission staff last year, Gerrity worked at a private school in Yarmouth, ME as the marketing and communications assistant, assistant varsity field hockey coach, and head varsity lacrosse coach for two years.

Gerrity has long had a passion for athletics. “I think participation in athletics can have a powerful effect on students, especially girls” said Gerrity. “The confidence, leadership, and teamwork learned through sports, are life lessons that continue well beyond playing years.”

She graduated from Colby College, with a bachelor’s degree in Human Development. While at Colby, she played four years of varsity lacrosse, and captained the varsity field hockey team. She coached for Maineiax Lacrosse club, and various summer camps throughout high school, college, and beyond.

Both LaRue and Gerrity will continue to build on the foundation of a strong athletic program that is balanced with a high-caliber education.