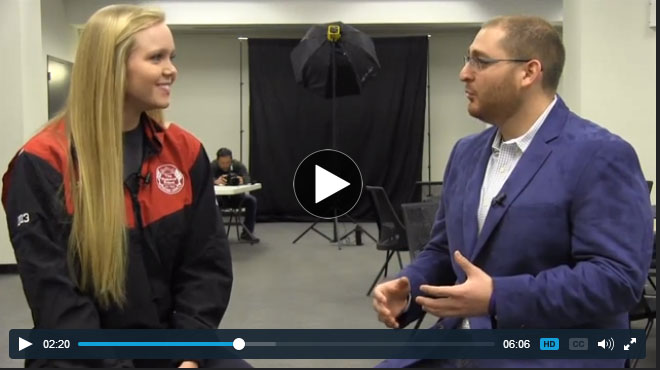 In the Sunday Washington Post All Met sports feature, junior Kylie Jordan was listed among the Washington Metro areas top student athletes making their first team selections for second year. Among her accomplishments during the 2014-2015 swim season, the write up featured Kylie's pair of individual titles at Metros in the 100 butterfly (53.53) and 200 IM (2:01.25) and her three-year winning streak at the VISAA state meet.

In a video interview with first team athletes, Kylie talked about how she feels lucky to swim in one of the most competitive areas in the country, saying that it pushes her to swim fast.