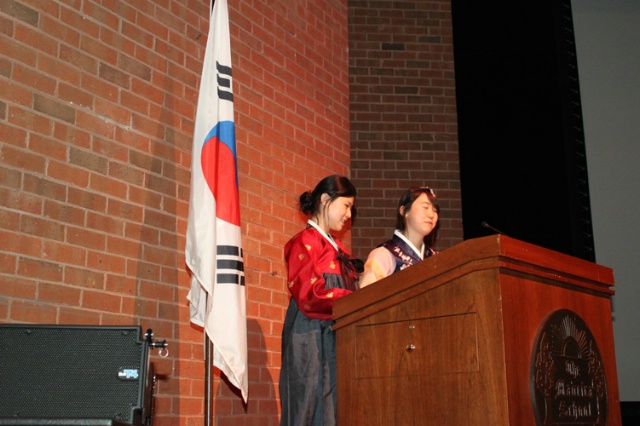 Thursday, May 10, 2012 the Korean Student Association (KSA) presented at All School Meeting. The girls presented on the influence of Korea in popular culture including sports, television, and music. The girls also performed three dances to three different K-Pop songs. K-Pop is popular in Korea, China, and Japan and becoming more popular in other asian countries as well as the United States.

Photos from the assembly are online.