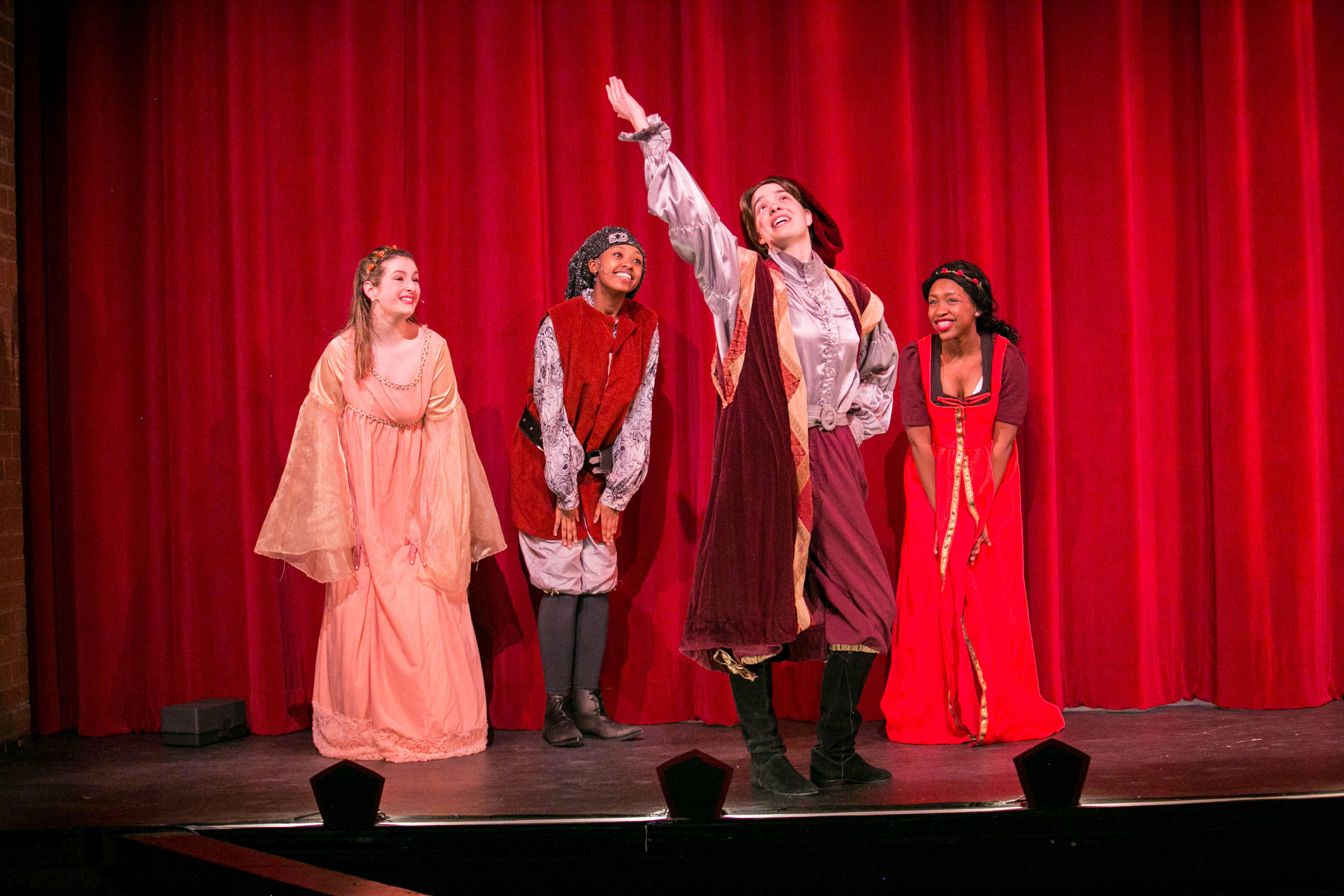 The Madeira Arts production of Kiss Me, Kate was a high-spirited success! Kiss Me, Kate is a fun 1940s musical written by Samuel and Bella Spewack, with music and lyrics by Cole Porter. The story line revolves around the production of a musical version of Shakespeare’s The Taming of the Shrew, and the conflict on and off-stage between Fred Graham, the show's director, producer, and star, and his leading lady, his ex-wife Lilli Vanessi. A secondary romance concerns Lois Lane, the actress playing Bianca, and her gambler boyfriend, Bill, who runs afoul of some gangsters.

This year’s cast put their own spin on it by setting the show in the 1980s. In the opening number, Another Op'nin', Another Show, the ensemble sang and danced in their very best eighties attire, without a neon headband or leg warmer amiss. Seniors Emily Barre as Fred Graham, and Faith Slaughter as Lilli Vanessi, kept the audience in stitches as they convincingly played out the characters' on and off-stage tumultuous relationship.

Another comedic treat was the portrayal by Mary Kate Gould ’17 and Kerstin Shimkin ’17 of two local gangsters. The audience could not resist giggling every time these two stepped on stage.

Please join us in congratulating all of the players, from the cast of actors, singers, and dancers, to the stage crew and technical production students. Everyone did an outstanding job of producing and directing, and performing in this year’s musical.

View photos from the production here >>