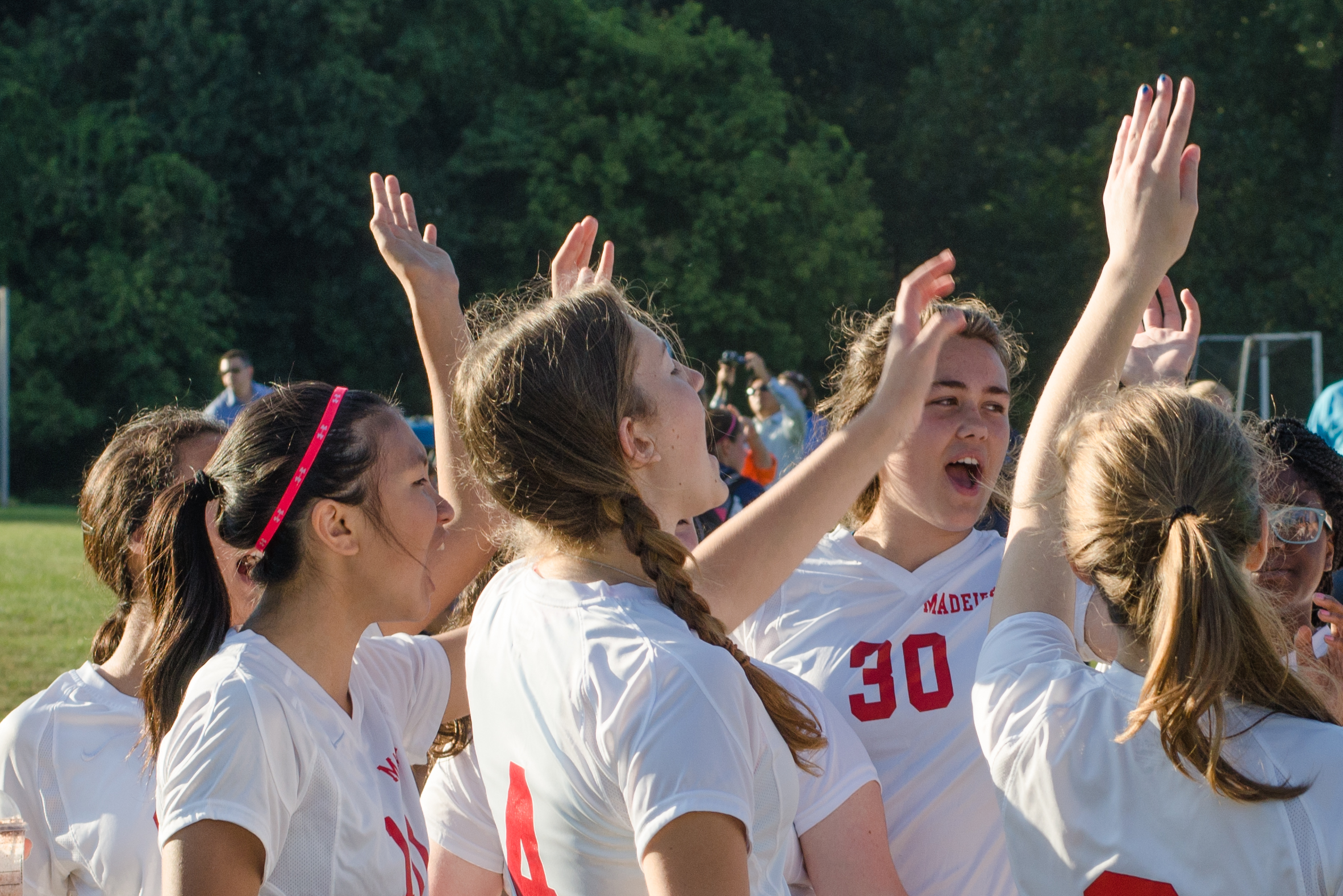 On October 17, Madeira JV soccer earned their second win of the season, beating St. Stephens – St. Agnes, 2-1.  Madeira got off to a quick lead with a goal from a penalty kick, calmly placed in the corner of the goal by Morgan Wallace ’17.  Before the end of the first half, Madeira took a 2-0 lead off a bullet of a shot by Niara Phoenix ’16, who had broken away from the defense.  With only two substitutes, Madeira began to fatigue by the second half and St. Stephens St. Agnes was able to score.  Again, strong play in the defense by Hannah Adams ’17, Miranda Vela ’17, Sophia Dragacevac ’16, and Skyler Meyers ’17 and solid goal-keeping by Alexa Zartman-Ball ’17 allowed Madeira to win.