Julia Reed '78 recounts her time at Madeira and career path 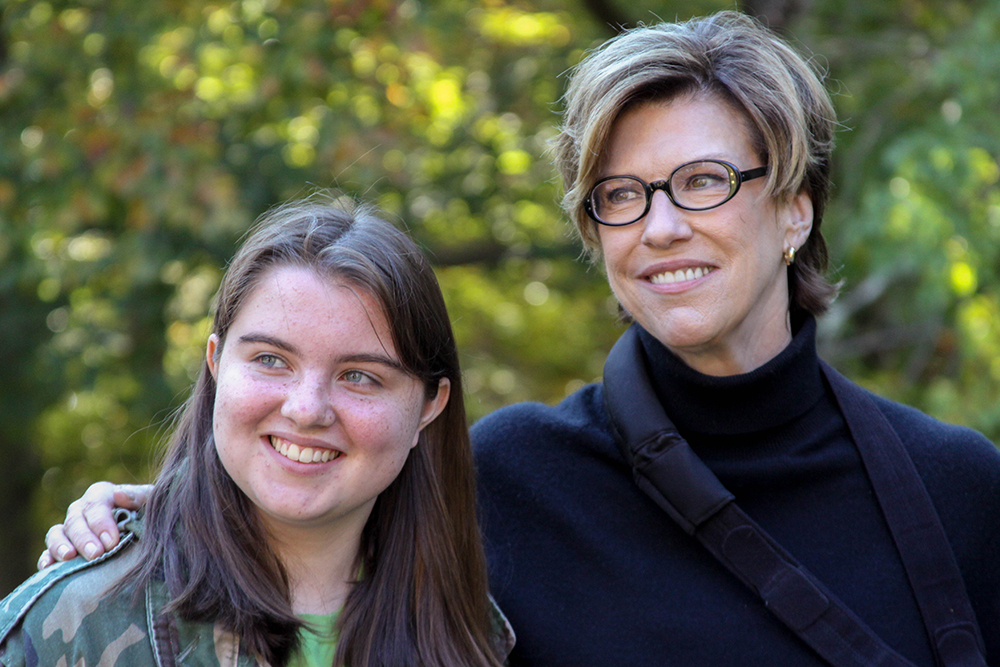 At the All School Meeting, Friday, October 23, the ever-entertaining and unguarded Julia Reed spoke to students about her time at Madeira and her professional journey.

Reed grew up in the Mississippi Delta. She remembered her home town of Greenville, Mississippi as being one of the few “enlightened” spots during the Civil Rights movement. Home to the Delta Democrat Times, it was a “hotbed” for great journalists. So, early on Reed knew she wanted to be a journalist, but it was through her Co-Curriculum placement at Newsweek magazine’s Washington Bureau that her career began. Her internship was in the Bureau’s library where she would clip and file stories. Coincidentally, it was current Madeira senior Rebecca Leidenheimer’s grandfather, former Newsweek bureau chief, Mel Elfin, who became Reed’s mentor.  She became so valued and liked that Elfin convinced her to forgo attending Brown University and to attend Georgetown University in in Washington, D.C. so she could work at Newsweek. Throughout college she maintained the job at Newsweek doing various scut work – switchboard duty, making coffee, or running errands. But as Reed recalled, being in the halls amongst great journalists, she picked up invaluable insight and experience.

Realizing she would always be “the kid,” she left Newsweek and eventually landed at Vogue where she stayed as contributing editor for 20 years. During that time she spent time on the campaign trail with Bill and Hillary Clinton, John Kerry, and George and Laura Bush. She also profiled big names in fashion and entertainment, including everyone from Oscar de la Renta and Robert DeNiro. She recalled a story of how hosting a dinner party with simple, yet delicious Southern foods like ham biscuits and crab cocktail led to a gig writing a food column for the New York Times. Watch a clip of Julia Reed speaking about her experience at Co-Curriculum below.

Though Reed is certainly has and continues to work hard she thinks back on her time at Madeira as the hardest she ever had to work and the most “intellectually honest.” At Madeira, teachers challenged her “gib” attitude and pushed back when she would turn in C-level work.

Reed is now a contributing editor at Elle Décor and at Garden & Gun magazine, where she writes a regular column, “The High & Low.” She also contributes to The Wall Street Journal and WSJ Magazine and is a frequent guest on MSNBC. She is the author of: But Mama Always Put Vodka in the Sangria: Adventures in Eating, Drinking and Making Merry; The House on First Street, My New Orleans Story; Ham Biscuits, Hostess Gowns and Other Southern Specialties: An Entertaining Life with Recipes; and Queen of the Turtle Derby and Other Southern Phenomena. Her most recent book, One Man’s Folly, The Exceptional Houses of Furlow Gatewood, was published by Rizzoli in April 2014. Reed’s next book, a lavishly illustrated guide to cooking and entertaining, will be published by Rizzoli in Spring 2016.

She lives in New Orleans, where she served as board chair of the Ogden Museum of Southern Art for seven years. Currently, she is a member of the National Advisory Board of the Eudora Welty Foundation.

All School Meeting: Julia Reed '78 from madeiraschool on Vimeo.