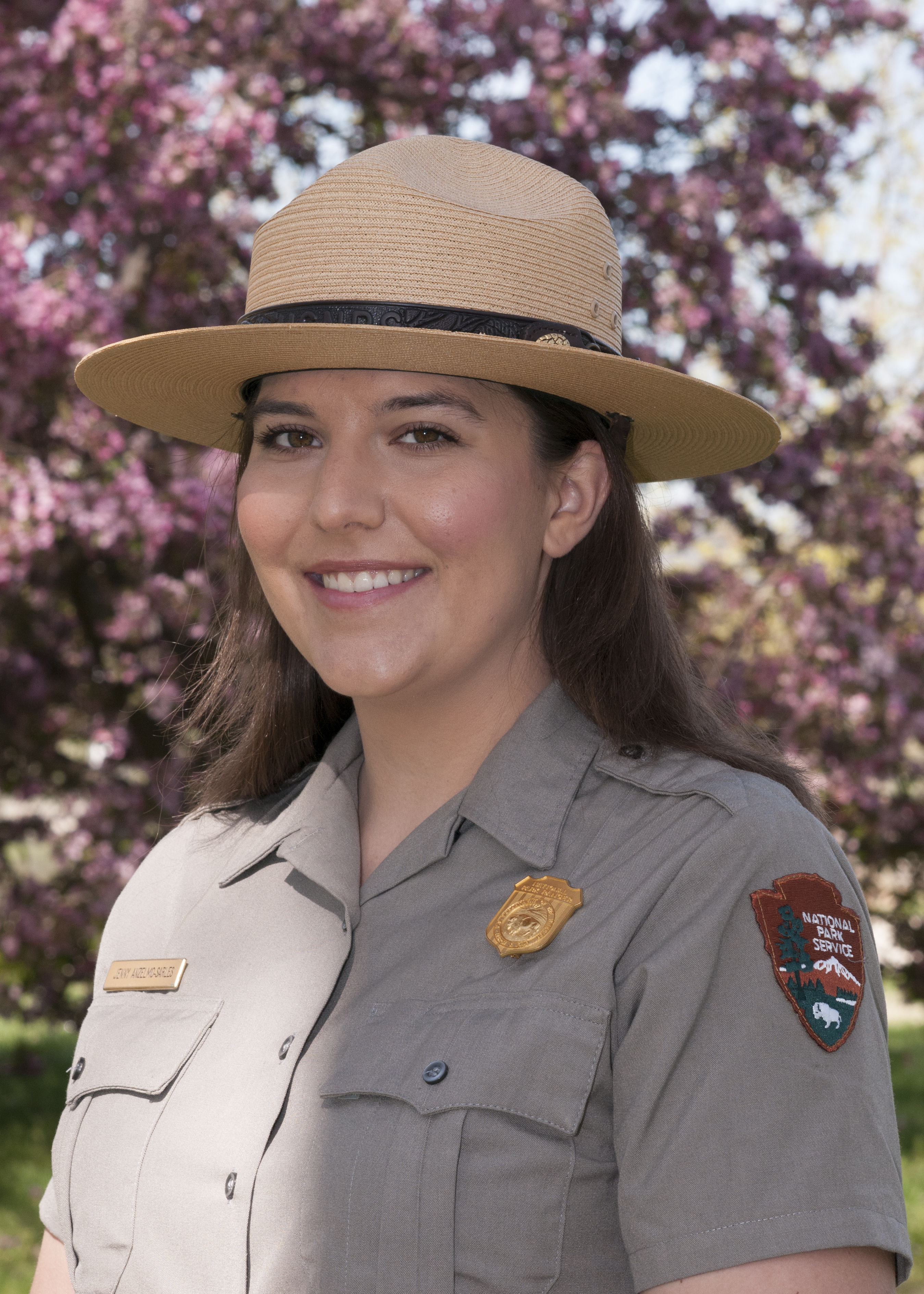 Jenny Anzelmo-Sarles '07 spoke to an engaged student body Friday morning about her love of the outdoors and how her Co-Curriculum experience at Madeira led to her position as spokesperson for the National Park Service’s (NPS) National Capital Region. She came to the post from Grand Teton National Park in Wyoming where she served as a public affairs specialist.

Prior to permanently joining the NPS, she held multiple internships on Capitol Hill and at NBC News, first with Pete Williams, Supreme Court, Homeland Security and Justice correspondent, and later in the political unit during the 2008 election cycle. She has also served on several short-term assignments for the NPS in the Washington area including for the 57th Presidential Inauguration, Rock Creek Park’s deer management program and in the job she now holds.

At Grand Teton, Jenny served as a primary spokesperson and led the park’s strategic communication, public engagement, and social media efforts. She is a strong advocate for the news media and the NPS, and sees her role as bridging the two – connecting people to the NPS mission by sharing stories and information.

Jenny holds a bachelor of arts degree in communication studies with an emphasis in public relations and journalism and a minor in political science from Lynchburg College (VA).