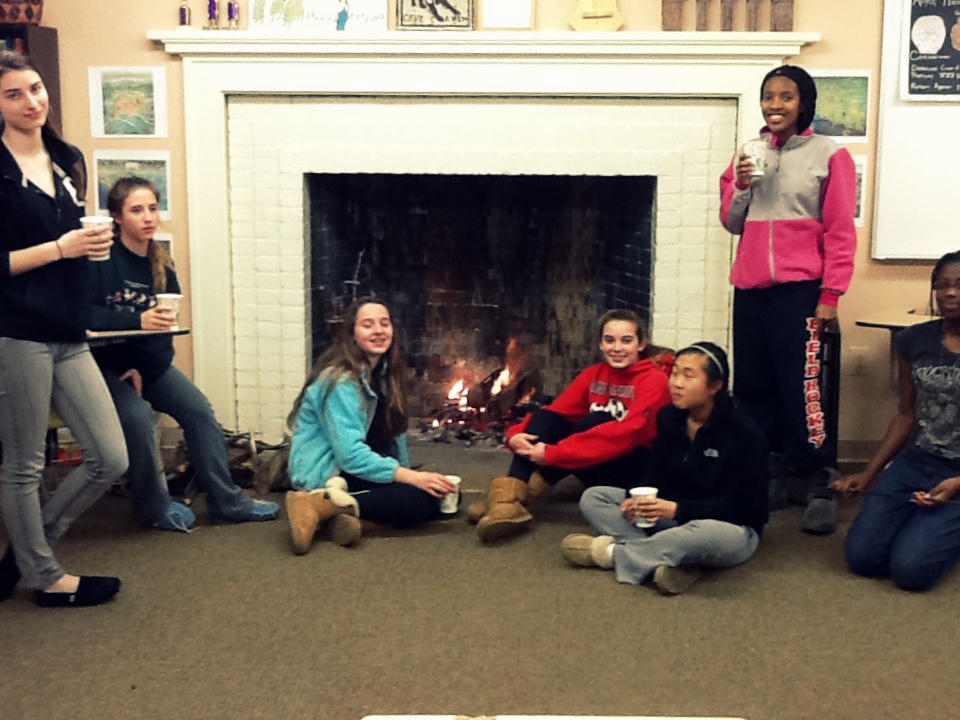 The Madeira Classics Club celebrated Saturnalia, the Roman festival and pre-cursor to many modern holiday traditions, in the Latin classroom after the last exam on Tuesday, December 18.  Two-thousand years ago, this religious festival, in honor of the god Saturn, was celebrated as a “festival of light” on December 17.  People would give gifts to each other, feast together, and greet each other with the salutation “Io Saturnalia” (similar in meaning to “Merry Christmas”).

It was a common practice during this feast that masters served their slaves, and slaves were free for the day. This year approximately 25 Classics Club members enjoyed hot cocoa and baked treats by the fire. Thanks to Classics Club officers, Jessica Schwartz ’16, Lauren Johnson ’14, and Maddie Klaff ’13, and club member, Kyra Smith ’16 for bringing treats!