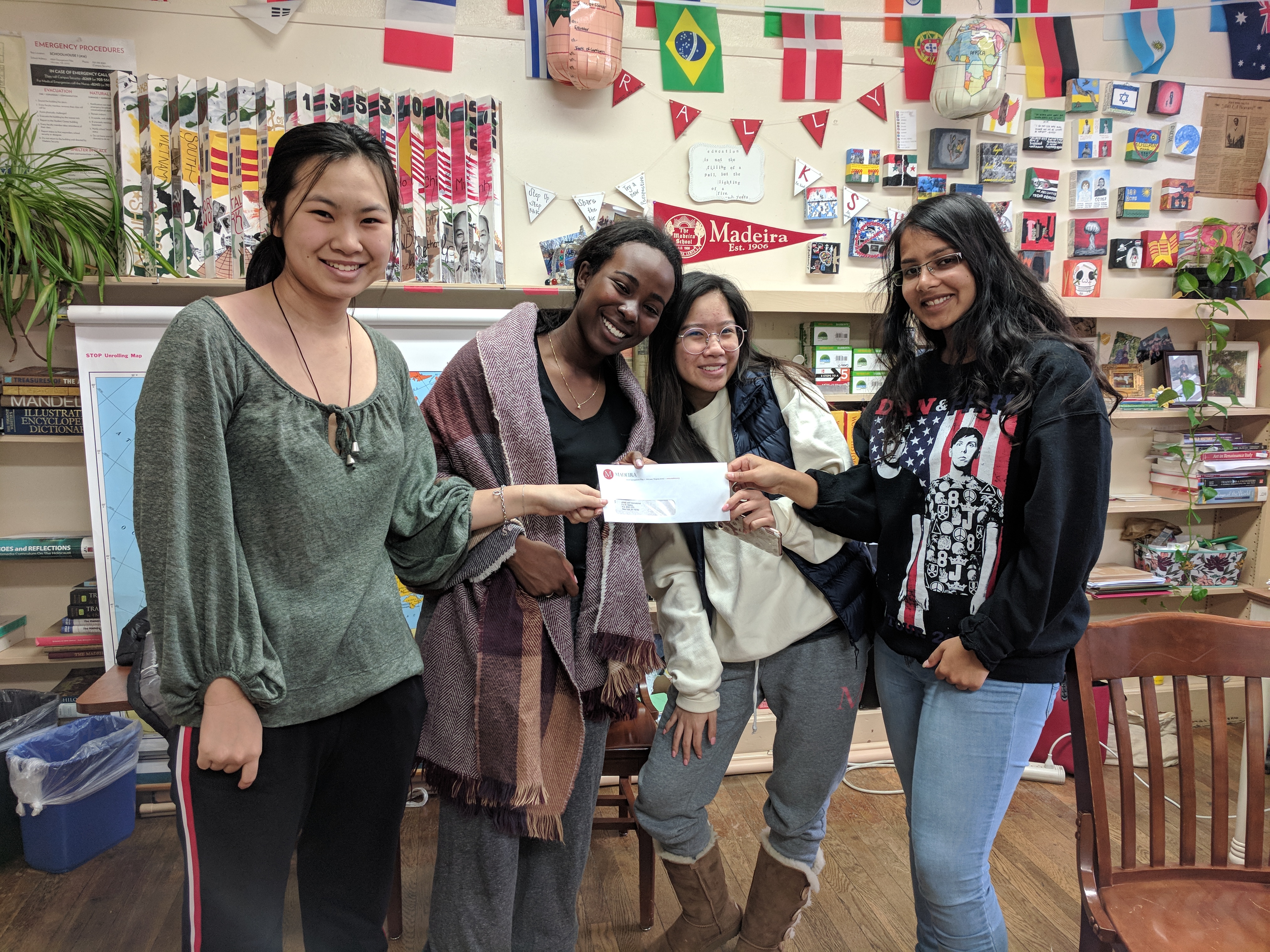 When you read the course description for International Women’s History at Madeira, you see phrases like: “Feminist theories, from their early development in the West,” and “The ways in which geopolitics, social conditions, symbols, and values relate to women's history.” But Shana Barnett’s class took it one step further than facts and figures by earning a grant to support a global organization that protects and advances women's rights.

The final project required students to break into groups and write a grant proposal for funds to support a global organization. But their proposals didn’t end with the conclusion of the class. Each group officially presented their grant proposal to Madeira’s Chief Financial Officer, Alex Heiberger. Heiberger then chose one group to receive a grant of $500.

“One of the reasons I wanted to choose Apne Aap is because I’m from India,” said Badhrinathan. “India has the highest rate of human trafficking in the world.”

To educate themselves before choosing an organization, students went on field trips and conducted interviews with women who work for organizations that aim to advance women's rights. They went to women's shelters, the United Nations, the National Organization of Women, and different political organization headquarters all over the Washington, DC area. Once an organization was chosen, Lauren Hancock from Madeira’s Development Office taught each group how to structure an official grant proposal.

Barnett said that she was very impressed with the level of work from the students in her class, and was touched by how thoughtful, empathetic and well-constructed their presentations were.

“They demonstrated empathy for women around the world who are suffering, and also showed admiration for survivors, who are now becoming leaders in their communities,” she said. “All of their presentations displayed passion for their cause, and included noteworthy statistics to back up their arguments.”

On November 1, the winning group received their grant check, which they mailed to Apne Aap immediately.