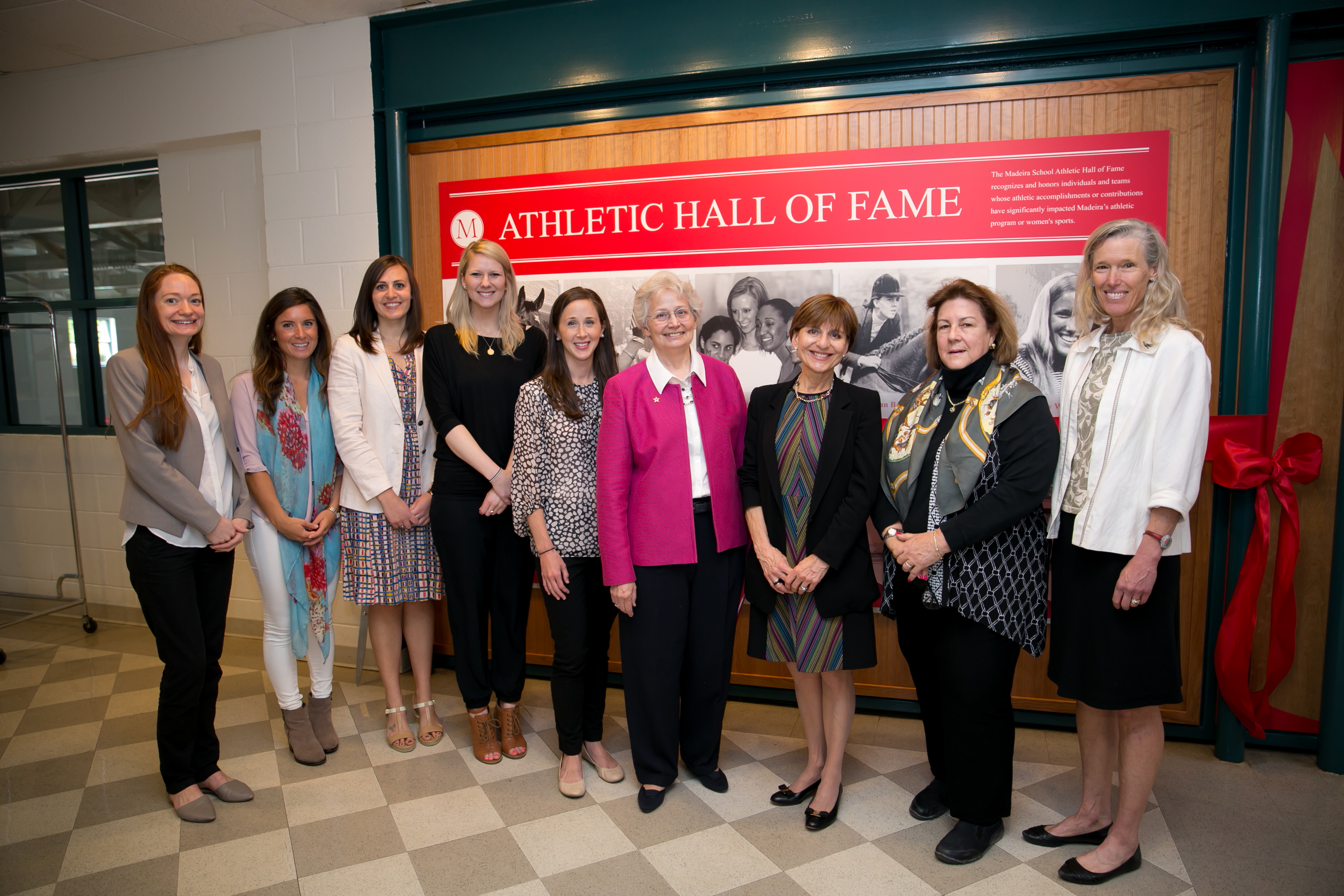 Inductees with Head of School at the ribbon cutting ceremony

April 24, 2015 marked the inaugural induction of members to The Madeira School Athletic Hall of Fame. Nominees, honored guests, and Reunions Weekend attendees were invited to the dedication of the permanent exhibits gracing the walls of the Hurd Sports Complex that will be added to over time.

The aim of the Athletic Hall of Fame is to recognize and honor individuals and teams whose athletic accomplishments or contributions have significantly impacted Madeira’s athletic program and/or women’s sports in general. The following individuals or teams are the first inductees honored.

Read about the Athletic Hall of Fame Induction Class of 2015 >>