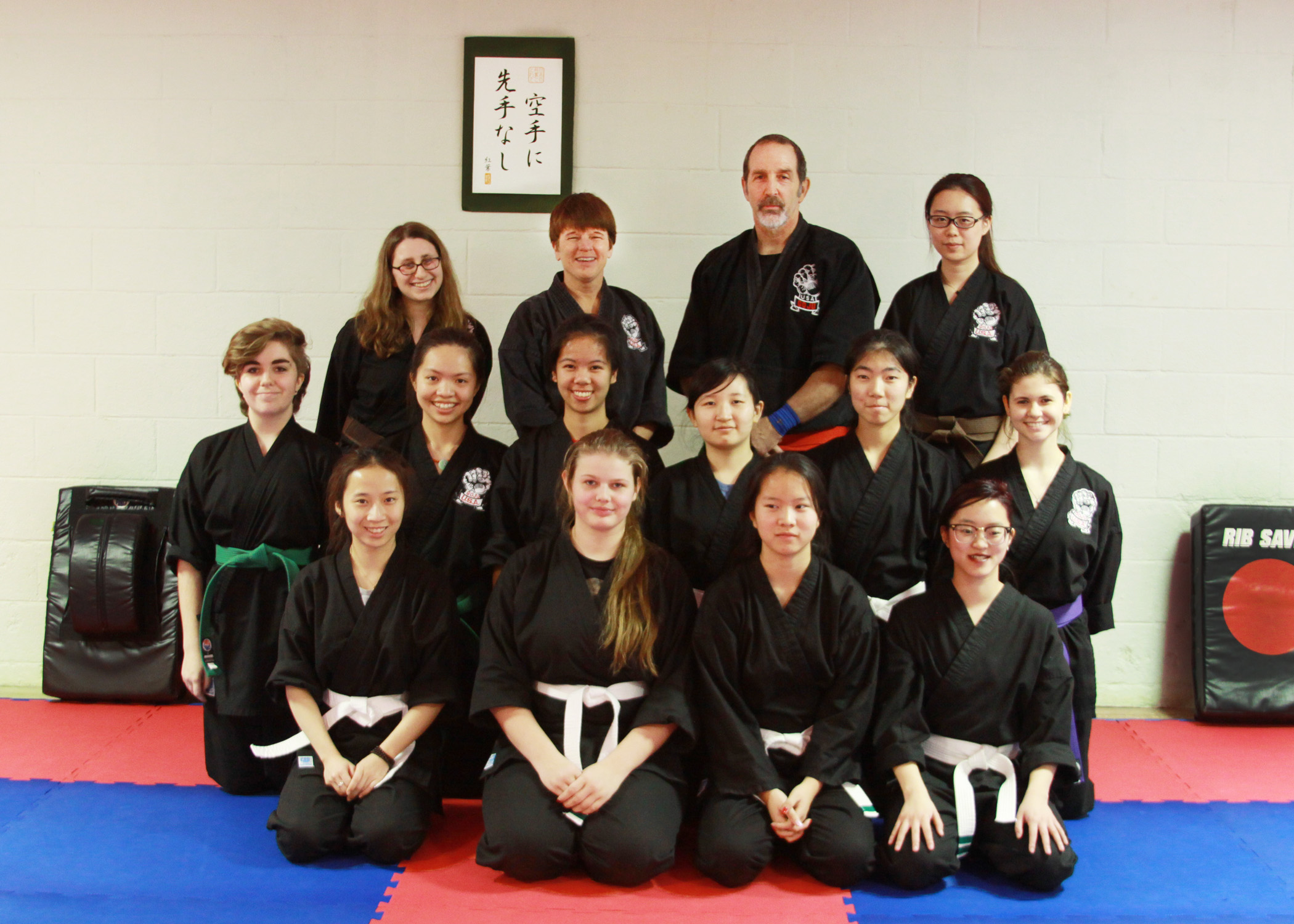 Module 4 karate began with the Madeira dojo being honored by the visit of Hanshi Keith Teller on Friday, January 16, 2015. Hanshi Teller is a 10th degree black belt, the chief instructor of the Gainesville Dojo (Florida), and the teacher of Kyoshi Stacey Boyette. He is also a middle school dean with a master’s degree in Sports Science who understands and loves working with adolescents. During his visit, Sensei Teller put the students through their paces, gave them pointers on their kata, and taught them combative stick fighting techniques. By the end of the module 16 students were recognized or promoted to their next belt level in USA Goju Karate based on proficiency of physical skill, demonstration of personal growth, and time in grade. The following promotions were received: