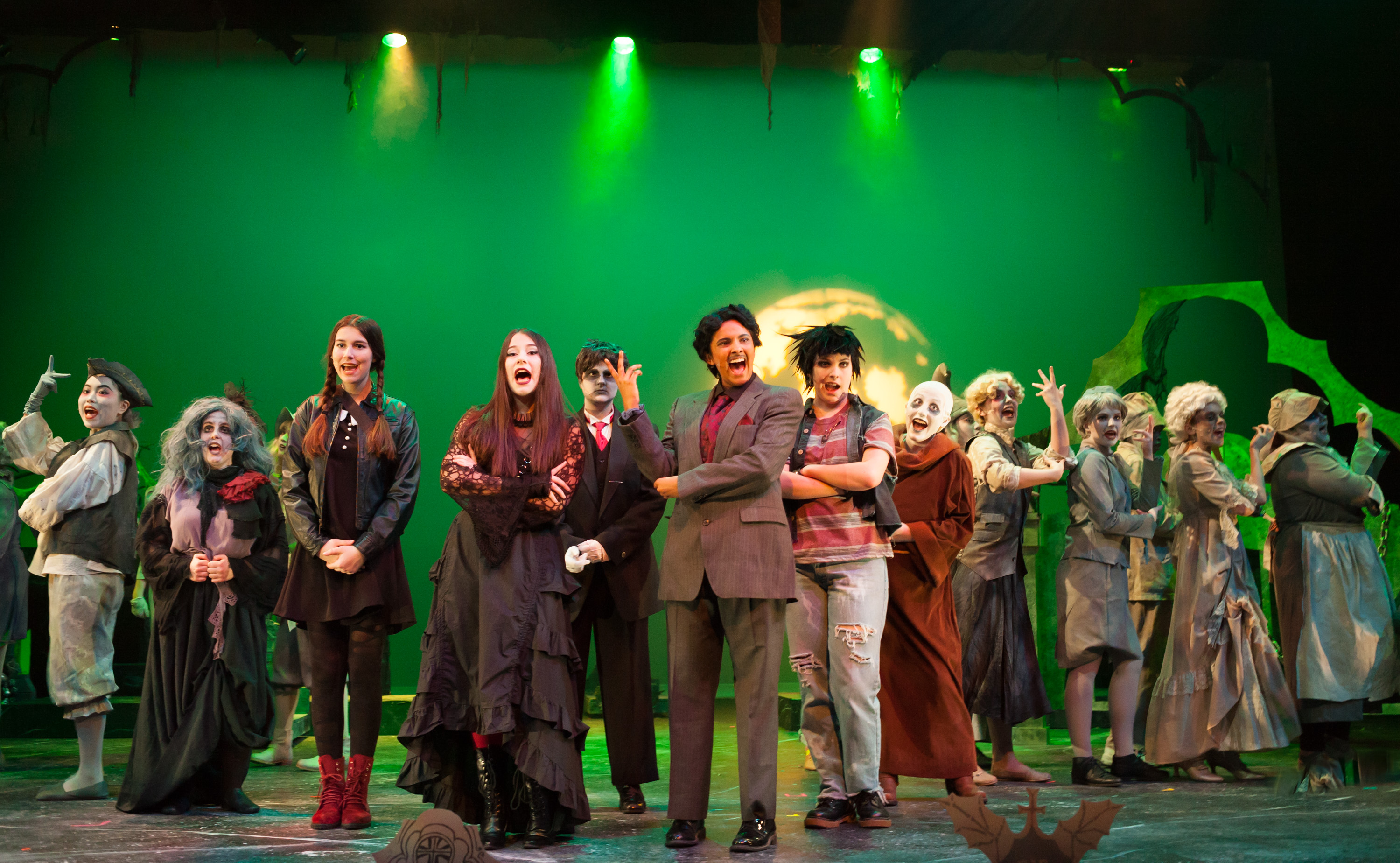 Friends and family packed the auditorium in late February for a fun-filled viewing of the 2018 Madeira winter musical, The Addams Family.

A musical comedy, The Addams Family features a love story. Wednesday Addams, the ultimate princess of darkness, has grown up and fallen in love with a sweet, smart young man from a respectable family – a man her parents have never met. And if that weren’t upsetting enough, Wednesday confides in her father and begs him not to tell her mother. Now, Gomez Addams must do something he’s never done before – keep a secret from his beloved wife, Morticia. Everything will change for the whole family on the fateful night they host a dinner for Wednesday’s ‘normal’ boyfriend and his parents.

Madeira students filled 29 on-stage roles and 22 technical positions. Senior Raegan Thornton and Junior Prabha Girish charmed audiences as Morticia and Gomez Addams. Rachel Rubin ’21, as the dark daughter Wednesday, blew the audience away with her impressive vocals on songs like “Pulled” and “Happy Sad.” Rounding out the Addams family, were scene stealers Mallie Moore ’18 as Pugsley, Theresa Carr ’19 as Uncle Fester, and Anna-Sophia Massaro ’18 as Grandma Addams. And who could forget the tall, dark and ghouly Lurch, played by Chapin Brown ’19.

Surrounding the family throughout the show were the spookily-costumed Addams family “ancestors.” The ghosts, who have risen from the Addams family graveyard, do their best to help true love win, and thoroughly entertained audiences with their strong singing and physical comedy.

“I was extremely happy with the show, and very proud of the students,” said Director Krista Cowan. “They blossomed in such wonderful ways and kept working to new levels with every show.”

Leading the technical crew as Stage Manager and Assistant Stage Manager were Alex Burnside ’19 and Addie Callaghan ’21 respectively. They led a talented crew through multiple scene changes and complicated light and sound cues.

“The show was a great success,” said Arts Department Chair and Technical Director Sasha Newman. “The students, both actors and techies, came together to create something beautiful, impressive, and hilarious. I am proud and honored to have been part of this show and worked with so many talented students!”

View photos from the show here