From Madeira to the Supreme Court by Ali Pratt '13 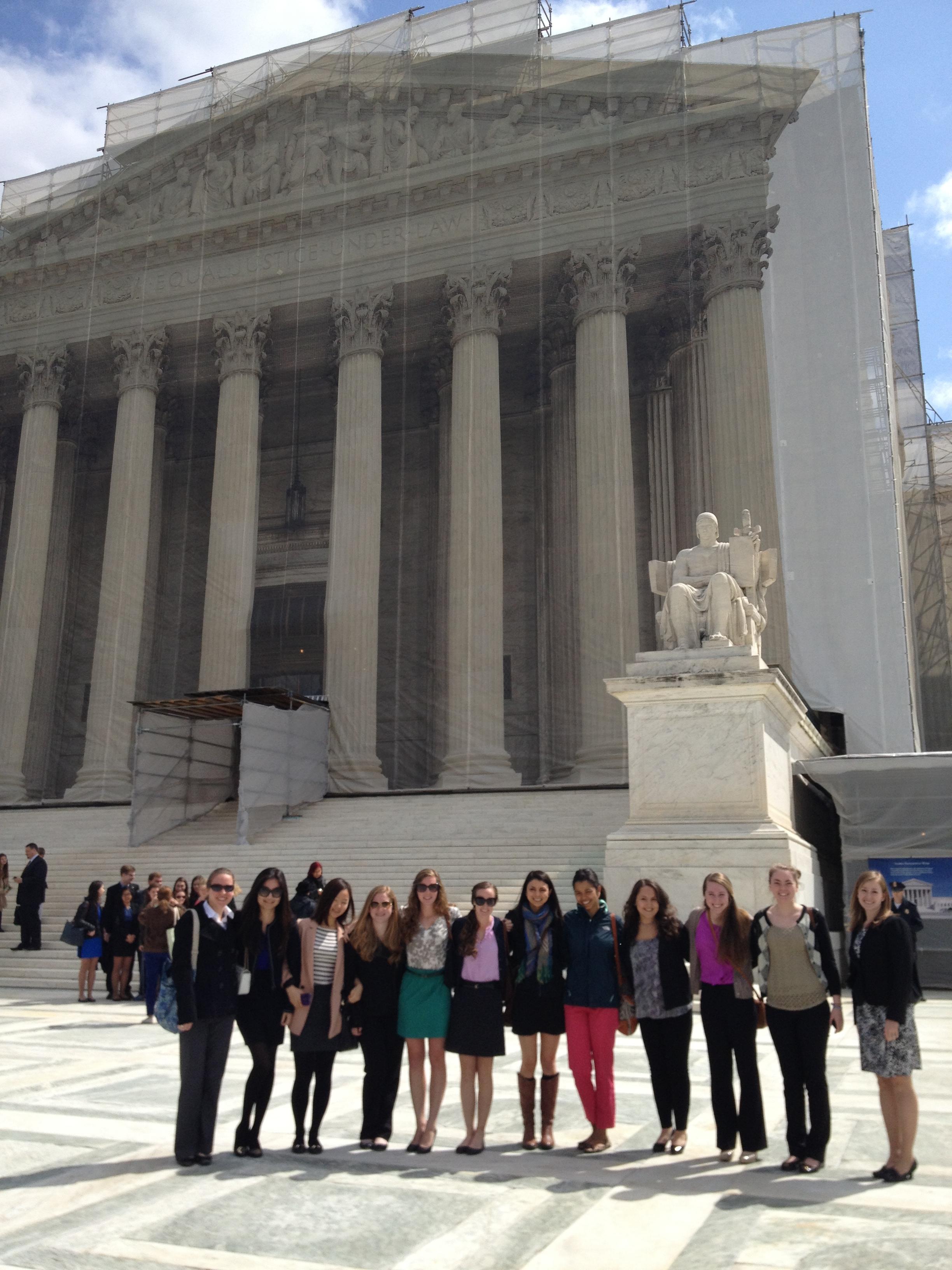 April 22, 2013 - At 8:00 this morning, Ms. Continetti’s AP U.S. Government and Politics class boarded a busette bound for the urban environs of Washington, D.C.  After the commuter traffic and what felt like an a very long wait, we 11 Madeira girls, along with Ms. Continetti and Ms. McGroarty, finally entered the Supreme Court of the United States. We all went in with a picture of a large, grand room in our heads, but as soon as we stepped through the doors, we saw a much smaller room, though still grand.

Today the Supreme Court was meeting to discuss Hillman v. Maretta, a case concerning life insurance benefits. In 1996, a man named Warren Hillman married Judy Maretta and made her the beneficiary of his life insurance. They divorced two years later, and Hillman remarried in 2002. After his death in 2008, his new wife, Jacqueline Hillman, was prepared to claim her late husband’s death benefits, only to discover that he had never changed the name of his beneficiary in his insurance policy. Instead, Maretta received the benefits, causing Hillman to sue her. According to Virginia state law, divorced spouses no longer receive death benefits, but federal law states that benefits go directly to the listed beneficiary, regardless of state regulations. The conflict between state and federal law brought about the presentation of this case to the Supreme Court.

When the Court convened, we eagerly craned our heads for a glimpse of the justices. Lawyers began to present their cases, which were quickly attacked as the justices rapidly fired questions at them. Although it was sometimes difficult to understand what they were talking about, as they often referred to previous cases, decisions, and legal terms taken from the Federal Employees' Group Life Insurance policy outlines, it was quite an experience to be part of such an important piece of our country’s governmental procedures. After an hour, the lawyers wrapped up their arguments and the Court adjourned. We walked out of the room heatedly discussing our opinions and the case, only to be shushed by the hovering police officers.

Our excitement and our discussion continued throughout lunch, after which, we took taxis to the Eisenhower Executive Office Building. There, we met up with members of Vice President Biden’s staff, who shared their experiences working in the executive branch, and what their role in the government actually is. We walked away from our adventure in D.C. with a better understanding of the everyday functions of the national government, giving us first-hand experiences we can now apply to what we have learned in the classroom.