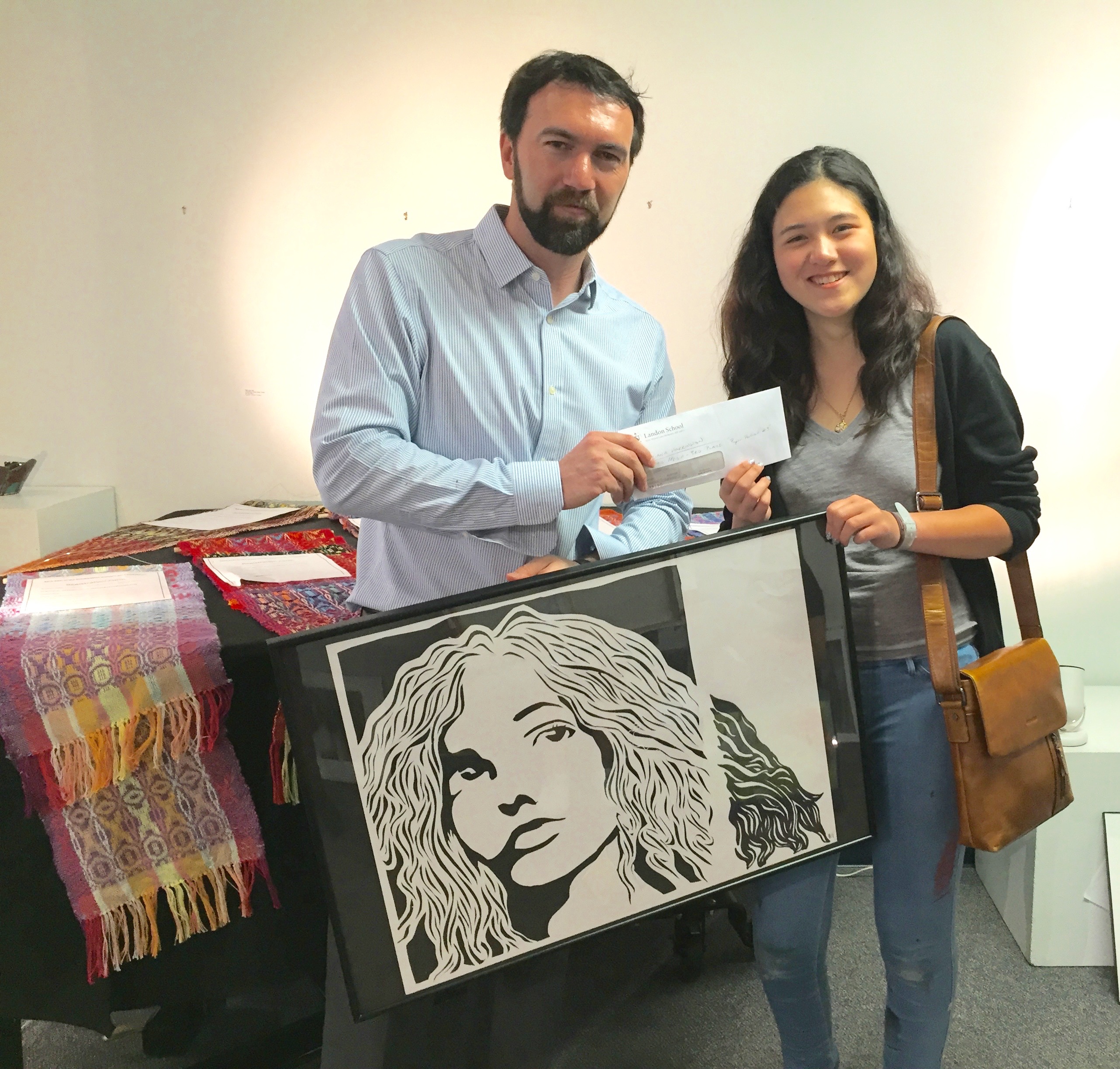 Student artists submit one work of art for the juried show and the competition takes place April 12 through April 24. All student work is kept nameless during the judging. Awards for first, second, and third are given in five different categories: painting, drawing, photography, sculpture and ceramics, and mixed media. The awards reception was held on Sunday, April 24 at the Landow Gallery at Landon School. Brianna Harrington ’17 placed third in the mixed media category.

The other students chosen in the finals of their category were: