Four Madeira athletes move on to the college ranks 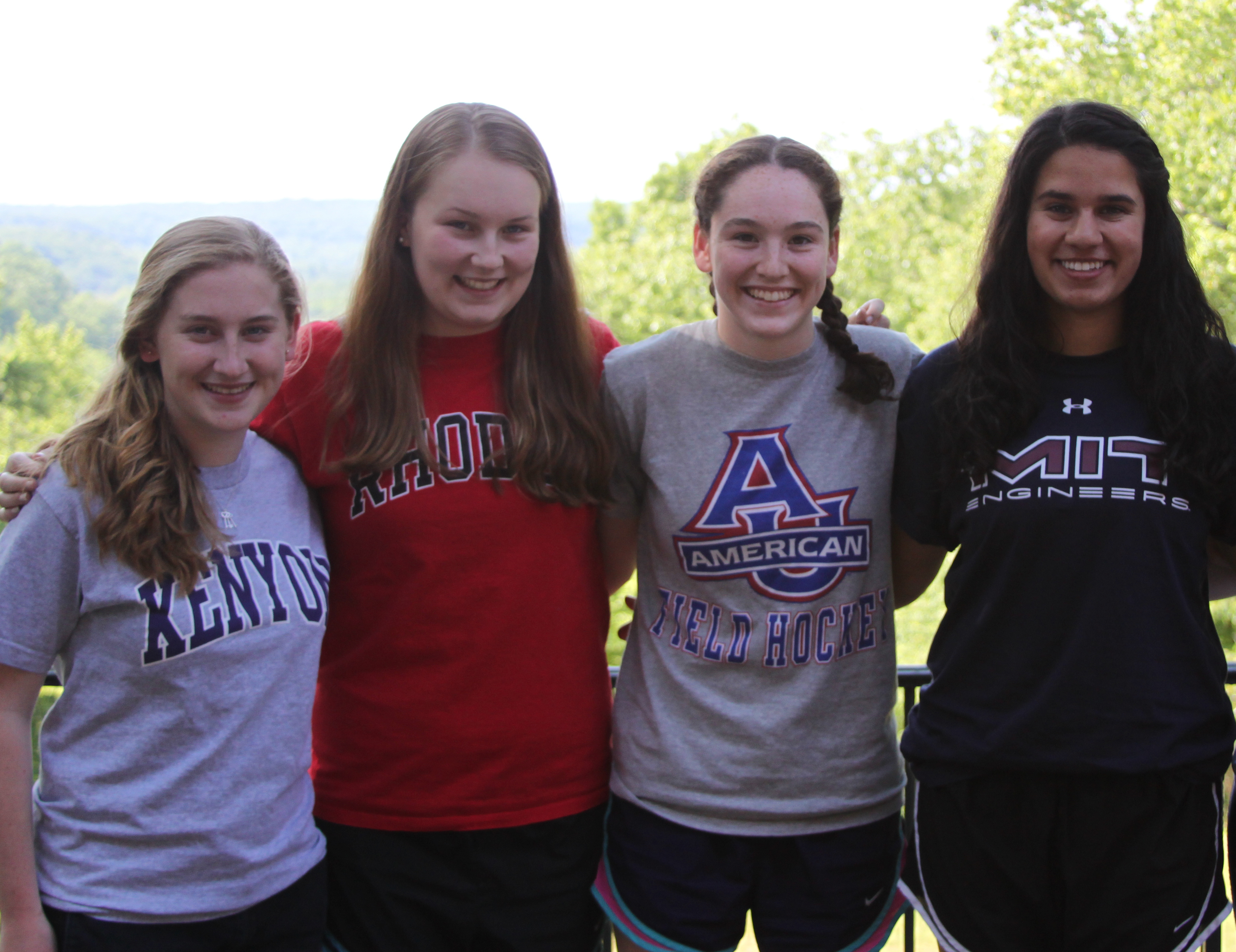 2012-2013 swimming and diving team captain, Maddie Alagia will attend Rhodes College where she will continue her swimming career. Maddie has previously been named All-League and All-State teams.

Meredith Krieg, captain of the 2012 varsity soccer team, will play for Kenyon College.

2012 field hockey team captain, Natalie Konerth was awarded an athletic scholarship to play for the American University Eagles. The Madeira Athletic Department named Natalie the 2012-2013 Athlete of the Year at the athletic assembly on Sunday, May 19. Throughout her high school career she has been named to All-State and All-League teams.

Devin Williams, captain of the 2012-2013 basketball, field hockey, and lacrosse teams, has chosen to continue her lacrosse career at Massachusetts Institute of Technology (MIT). She was awarded the Kitty Stearns Buckman ’44 Award at the athletic assembly.