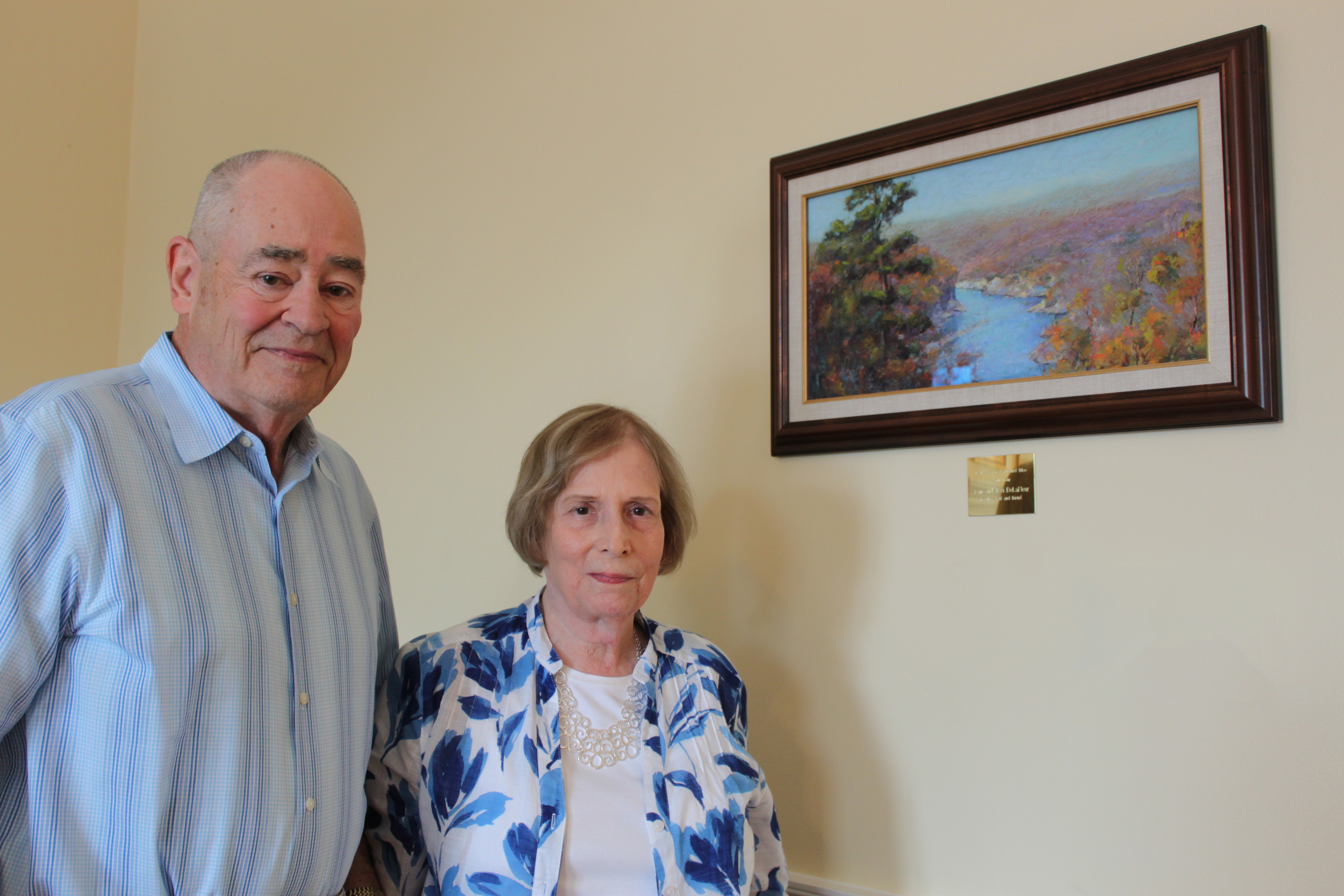 Mr. and Mrs. DeLaFleur purchased the painting 15 years ago just after Mr. DeLaFleur began teaching at Madeira. Mrs. DeLaFleur was browsing art at the Torpedo Factory in Old Town Alexandria and recognized the scene depicted in the landscape as the view of the Potomac from behind Main on Madeira’s campus. She bought it, knowing it would look good in their home. Years later, the DeLaFleurs redecorated and took down the painting. Not wanting to simply store it away to gather dust or be forgotten, Mrs. DeLafeuar suggested donating “Mather Gorge” to Madeira. It is now featured on the wall near the north entrance to Main Living Room.

Tom DeLaFleur was a Spanish teacher at Madeira for five years before retiring in June 2005 after 37 years of teaching. He has remained a steadfast member of the Madeira community by driving students to and from school, athletic events, and Co-Curriculum placements.

“It has been our pleasure to donate this painting to you and we hope it brings pleasure to those who view it in such an appropriate setting,” said Mr. DeLaFleur at a small reception that took place to celebrate the DeLaFleur's and thank them for the gift.

Mather Gorge is part of the Potomac Gorge and lies just downstream from Great Falls. Its sheer cliffs provide a mini-canyon for the wild Potomac River. The gorge was named for Stephen Tyng Mather. Mather fought hard for the protection of important natural and cultural areas, and in 1917 became the first director of the National Park Service.