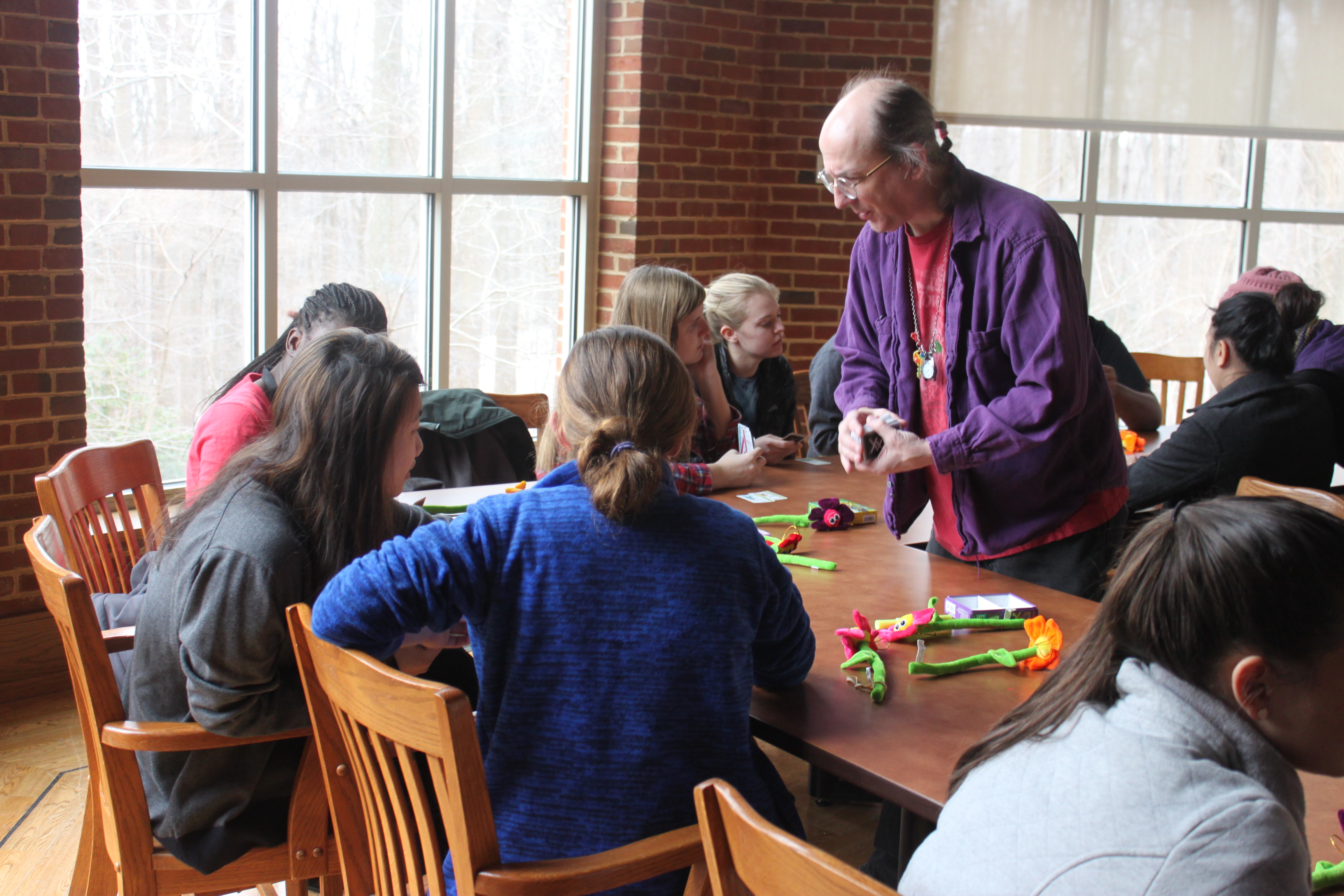 During his visit, not only did the group play four different versions of Fluxx, but Mr. Looney also brought his own versions: Alice in Wonderland Fluxx, Fairy Tale Fluxx, World Travel Fluxx, and America Fluxx.  “It was really thrilling to see working prototypes from a professional. It was even better to get to play them,” Ms. Heishman remarked of the event.

After competing with the girls (Mr. Looney played a hand in all of the Fluxx games), he premiered a new game currently in beta with Ms. Heishman, Ms. Roy, junior ASSIST scholar Astrid Olsson, Anna McMahon ’15, and our visiting Chilean exchange student Maria Alejandra Herrera Bugge.

The next play date is Sunday, February 8. It will feature the new and sold out game, Slash.