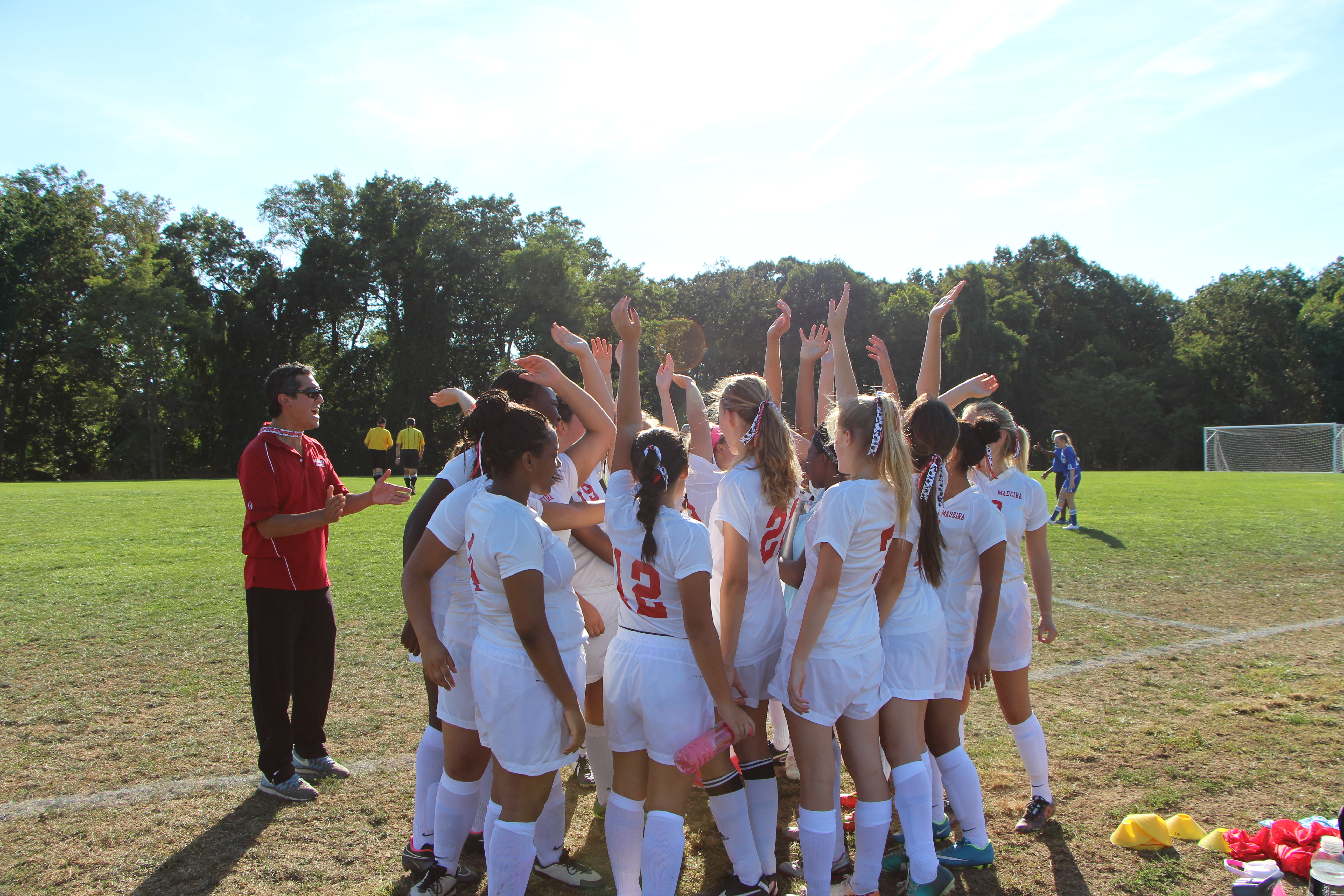 In fall sports, the Snails have had their first round of competition. Coaches and players are looking forward to exciting season. Here are a few recaps from the matches:

Varsity field hockey looks to pick up their first win of the season this afternoon over Saint John Paul the Great. The young team opened their season 0-2 against Holton-Arms School and Foxcroft.

JV field hockey lost 0-2 to Foxcroft, September 15. “The teams were well matched and Madeira put up a great fight,” said Coach Jenny Hurst. Natalie Seara played the entire game and was a great leader on the field, helping out her teammates along the way. The girls were excited that they improved their score from last game and are looking to improve at Saint John Paul the Great Catholic High School on Friday, September 18.

After a tied, 1-1 match against Holton Arms on September 10, varsity soccer lost 0-1 at Holy Child this week. The first half was hard fought by both sides, with neither team getting into a rhythm and settling the ball down. With three minutes remaining in the first half, Madeira conceded a goal off of a poor clearance that bounced in behind the defense and Holy Child was able to tuck it away. In the second half, Madeira struggled to establish momentum and create scoring opportunities. The score remained 0-1 in the favor of Holy Child. The Snails look to get their groove back at Sandy Spring Friends School on September 22.

JV soccer suffered a loss in the final few minutes of a hard fought game on September 15 against a talented team from Holy Child. The game was scoreless up until the final minutes when Holy Child was able to connect with a through ball on the left side. Lauren Butia, standout freshman goalie for Madeira, had several impressive saves throughout the game. ?The Snails will take on Oakcrest School next on September 21 at Oakcrest.

Varsity tennis opened with six new team members against Potomac on September 10. The team lost 1-6, but learned to play with one another and it showed in their next match. The following day, varsity tennis fought had a close match against Maret, which finished 3-4. Sarah Hussain and Brianna Harrington got their first victory this season with a 10-5 in number two doubles. Becca Bishof got a victory at number two singles. Michelle Lee and Reilly O'Flaherty played hard but lost a close match, 8-10, at one doubles. Also another close match was at three doubles, Tilly Xu and Valerie Yuan played their first home match together, ending 9-11. It was great to see Bella with her exhibition match 11-10.

This week, Madeira varsity tennis team had a close match against Holy Child on September 15. The Snails continue to improve, but couldn’t pull out wins in the close matches, losing 2-5. “It was great to see Jordan Williams maintain her undefeated season as well as Sarah Hussain and Briana Harrington extending their doubles record to two wins and one loss,” said Coach Moulin. “Michelle Lee and Reilly O'Flaherity didn't give up, they came back from 3-8 but lost 9-11. The rest of the team fought hard but came up a little short. We look forward to our next match against Sidwell Friends School.”

JV volleyball is 1-1. They opened on the road with Stone Ridge. They put up a good fight but lost 1-3. Not letting the loss get to them, the Snails had a nice win at Sidwell Friends, finishing the match 2-1. Varsity volleyball continues to improve with each match. They will play a big round robin at tournament this weekend at Episcopal School.