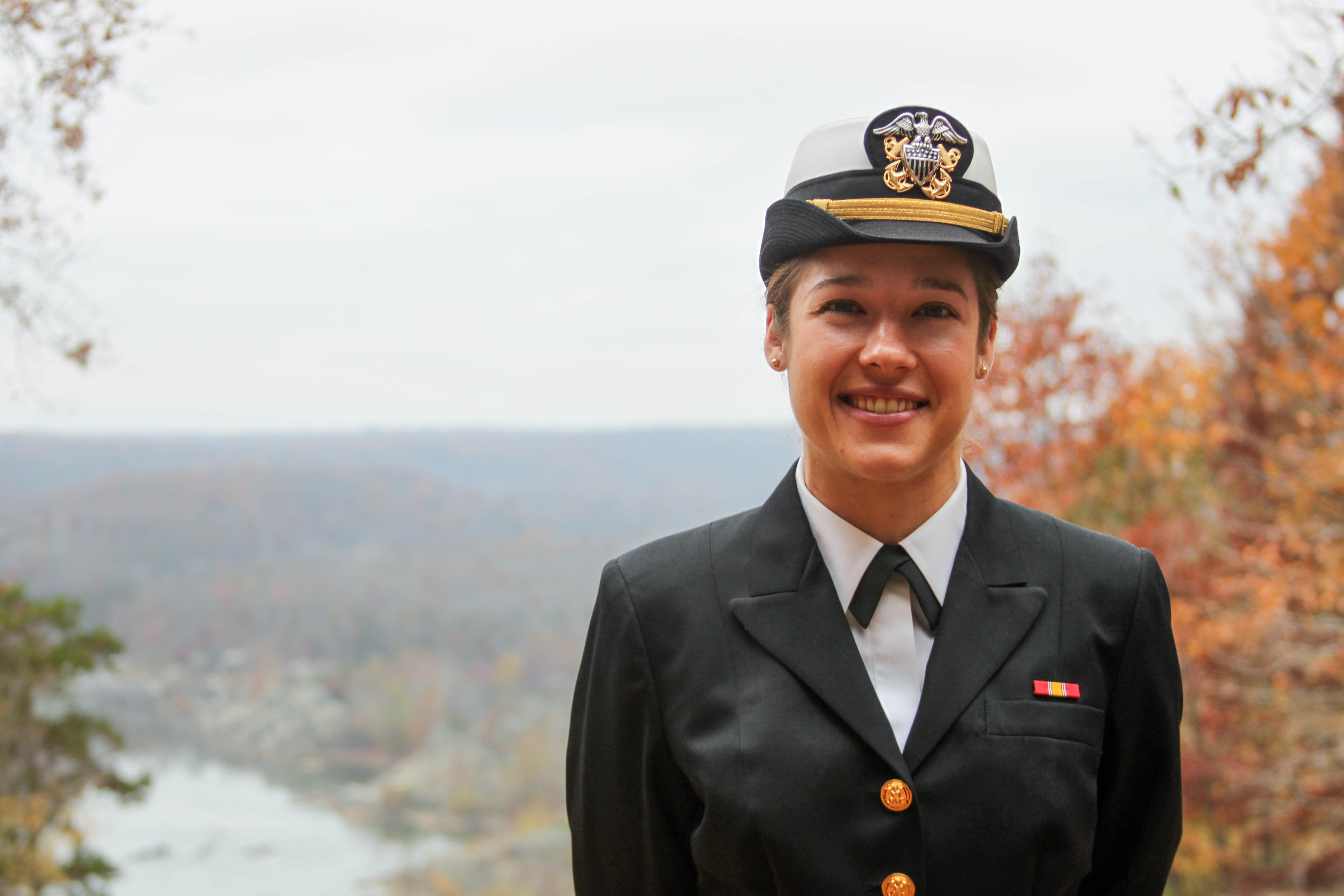 Lauren Rarick ‘07 spoke to the Madeira community at the Veteran's Day All School Meeting on November 6. Lauren Rarick graduated from The Madeira School in 2007 and now attends the Uniformed Services University of the Health Sciences (USUHS) in Bethesda, Maryland. Ens. Rarick is an active-duty US Navy Officer and is in her second year of training towards her medical degree (MD).

After graduating from Madeira, Ens. Rarick obtained her bachelor’s degree from Mt Holyoke College in 2011 with a major in Gender Studies and a minor in English. Her time as a volunteer EMT at the Bethesda/Chevy Chase Rescue Squad, as well as her work as a medical assistant in a group physicians’ office practice were especially important as she determined her professional interests. As her career goals evolved, she enrolled in a one-year, post-baccalaureate program at American University in Washington, D.C. in order to learn and fulfill the requirements necessary to pursue a medical degree.

While at Madeira, Ens. Rarick had many opportunities for leadership roles including assistant head of house and head of house in New Dorm and ultimately as head of boarding her senior year. She also enjoyed participating in many of Madeira’s sports programs including the swim, equestrian, and track teams. She continued her athletic and extra-curricular interests in her college years through participation in Mt Holyoke’s equestrian team, rugby program, ice hockey, and varsity diving teams. During college she also developed a great appreciation for organic farming. She worked at various Massachusetts facilities where she not only farmed but learned the importance of community action. Currently, Ens. Rarick participates as an Olympic-style weight lifter for the Tough Temple Barbell Club.

Although Ens. Rarick has not yet determined the specific medical specialty she will pursue, she hopes that her strong interests in gender studies, clinical medicine, farming, fitness and community action will lead to contributions to improvements for women in the military as well as actions to increase the military input and impact on humanitarian missions.