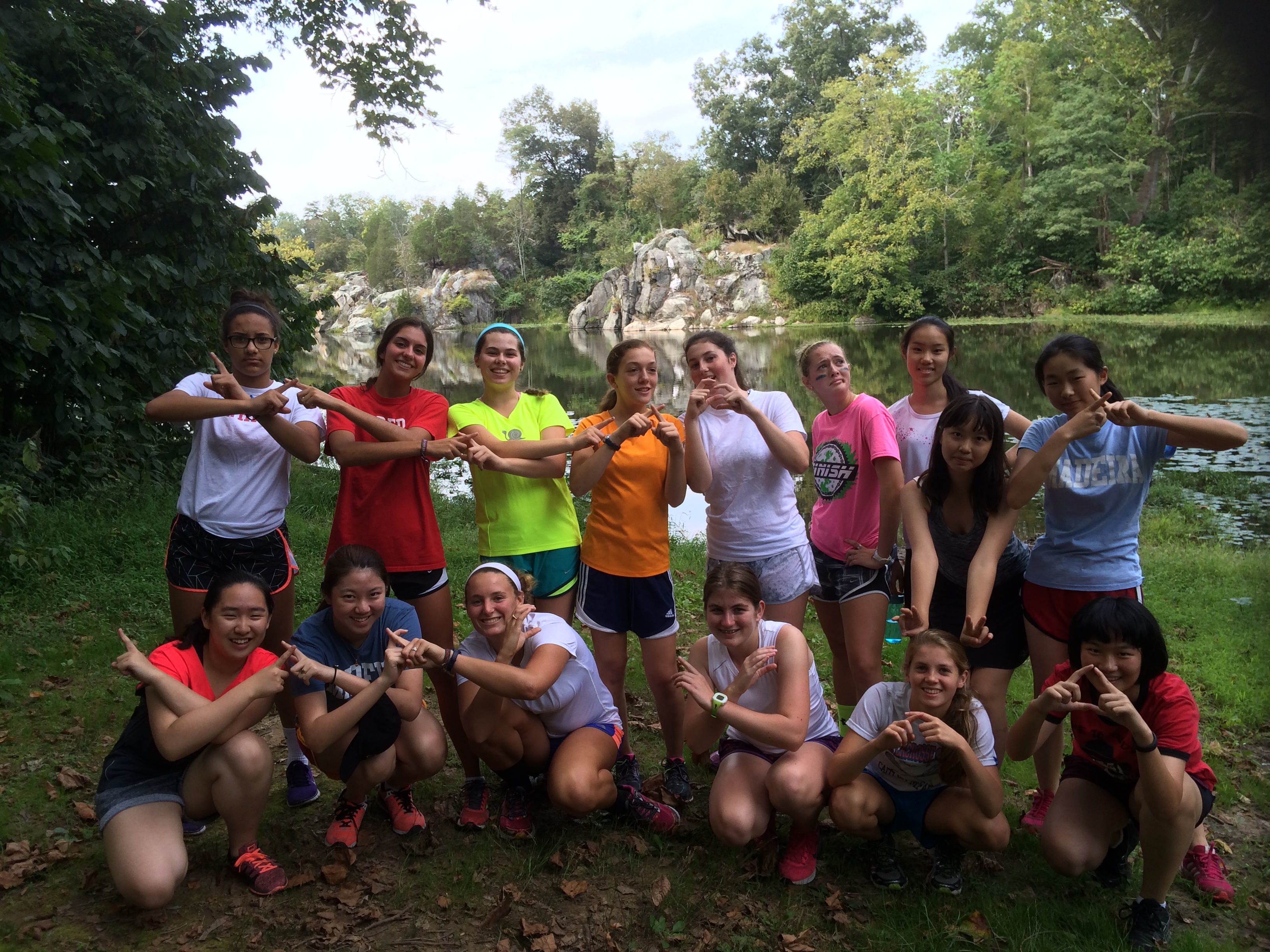 Practice run down to Black Pond

The Madeira cross country team had a great performance at the Mercersburg Academy Cross Country Invitational. Seven out of twelve Madeira runners had faster times than at last week's meet at Episcopal, despite the fact that the Mercersburg course was more difficult. Runners who didn’t improve their overall times were all within one minute of last week’s times.

Congratulations to Fay Zhang ’17, who improved by about four and a half minutes since last week, and Coco Yu ’17, who finished her first 5k race!