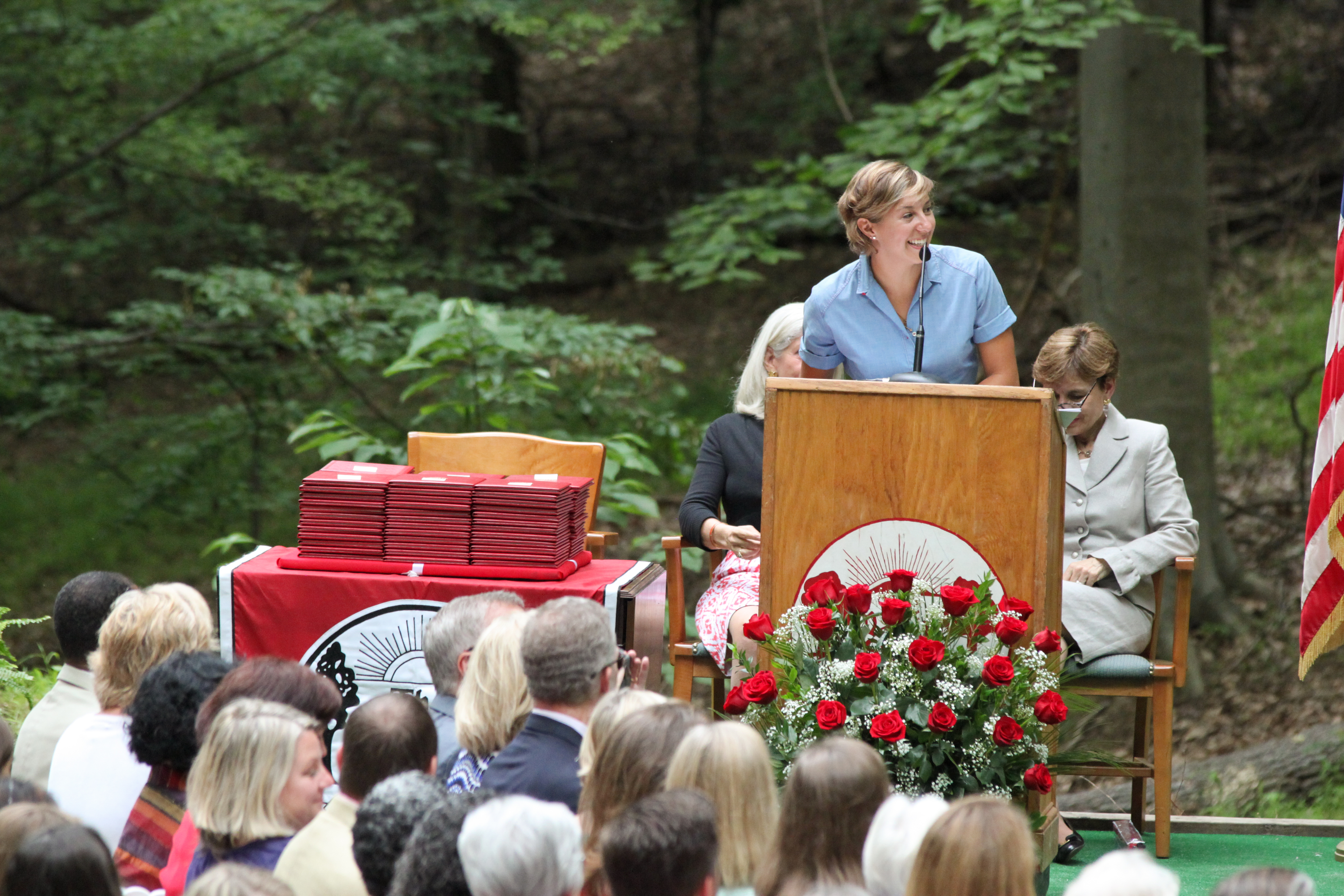 On Friday June 3, 2016, Madeira awarded 70 diplomas to the class of 2016. After the traditional processional to their seats with hand held bouquets of 13 red roses, Imam Mohamed Magid of the All Dulles Area Muslim Society gave the ceremony’s invocation. Magid, whose daughter Mona Hagmagid is a 2016 graduate, prayed that the students "receive the means by which to succeed and show proper gratitude."

Elected by her peers as the class speaker, Meagan Lane praised her classmates.

“While I’m proud to say our class has accomplished so much, our accomplishments alone do not define us.”

She added, “ Pushing the envelope is what we do.”

Television writer, producer, and graduate of the class of 1999, Alex Cooley, gave an energetic, thoughtful and thoroughly entertaining commencement speech.

“Try hard, fail passionately, rinse, repeat,” Cooley said. “But you have to start with the trying. You cannot get to the good stuff and yes, failing gets you the good stuff, if you don’t even try.”

Cooley spoke of her own attempts, or lack of attempts, at writing for the Harvard Lampoon and during her first years in Hollywood, further insisting that she wished she had not been afraid and had tried some things much sooner.

She closed by saying “You cannot hope to go out and change the world until you have changed your own first.”

Head of School Pilar Cabeza de Vaca spoke of the many events the class of 2016 has witnessed in their four years advising them to, “Be women of character and strong mettle, discover the cure for today’s ills. The world needs women like you.”

She made sure to stress the importance of life outside of work. “Your own happiness will let you make others happy and help lift them up,” she said. “Which, really, is one of life’s great pleasures, greatest privileges and greatest blessings.”

The ceremony concluded with the awarding of diplomas and the recessional out of the amphitheater. A reception was held for all families and friends. View their college destinations here >>

You can view the commencement ceremony in its entirety at www.gobleachers.com/madeira

View highlights from the day: