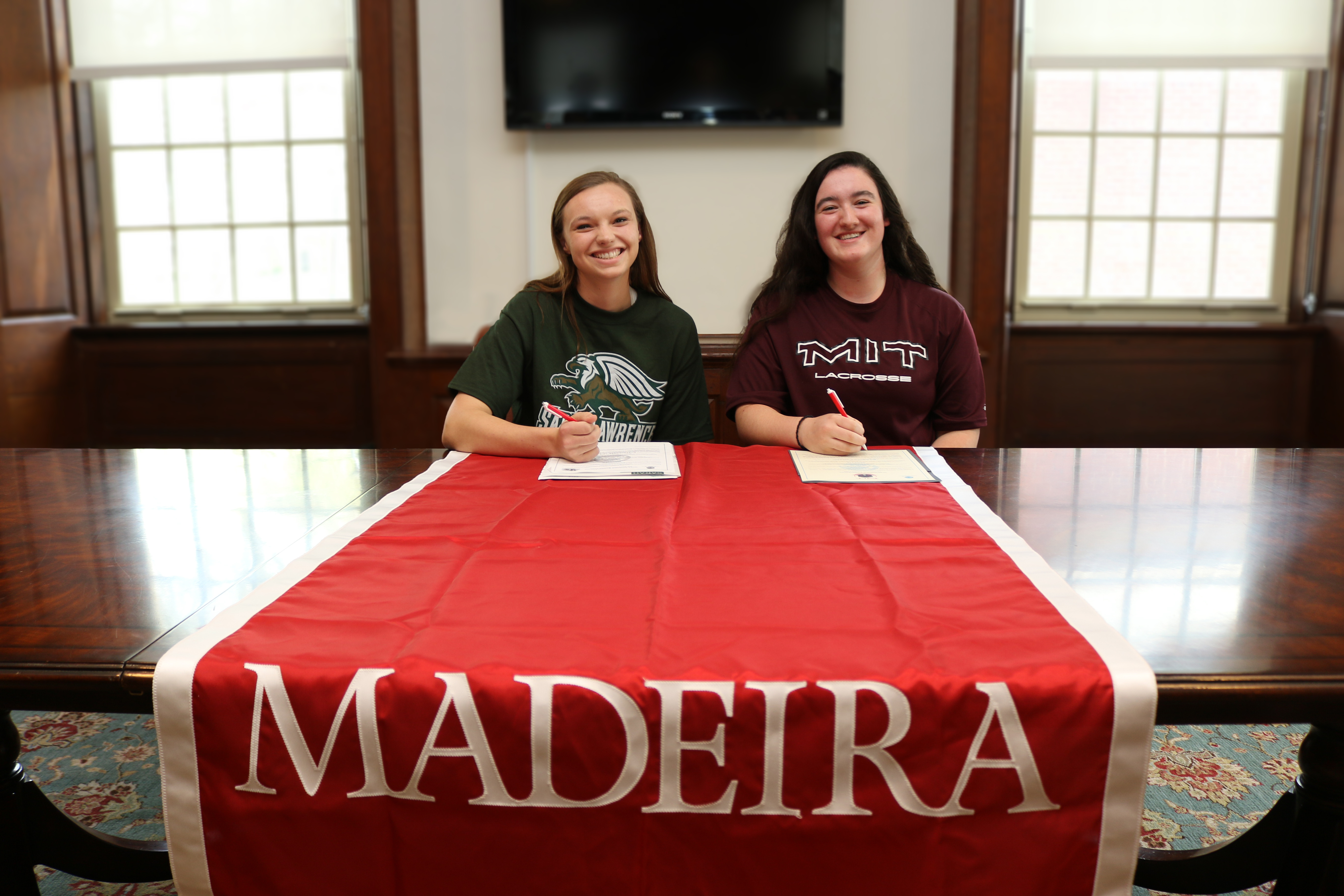 Hannah is a four year senior day student from Springfield, Virginia and a three-sport varsity athlete in field hockey, basketball, and lacrosse. She has served as co-captain of the varsity field hockey, basketball, and lacrosse teams and is a Co-Captain of the Red Team. In addition to her dedication to athletics at Madeira, Hannah has also been a member of the Cardinal Lacrosse Program in Dunn Loring, VA.

Alexa is also a three-season varsity athlete playing field hockey, basketball, and softball for Madeira, while also playing travel ball for the Red Raiders and Leesburg Revolution.  For the past two years Alexa has been selected for ISL All-League honors in Softball. Since 2015 Alexa has received multiple MVP awards and has consistently been recognized for her leadership and dedication.  This year Alexa is team co-captain for Varsity Softball and has served as a mentor on teams, clubs, and in residential life throughout her career at Madeira.

View photos from the signing