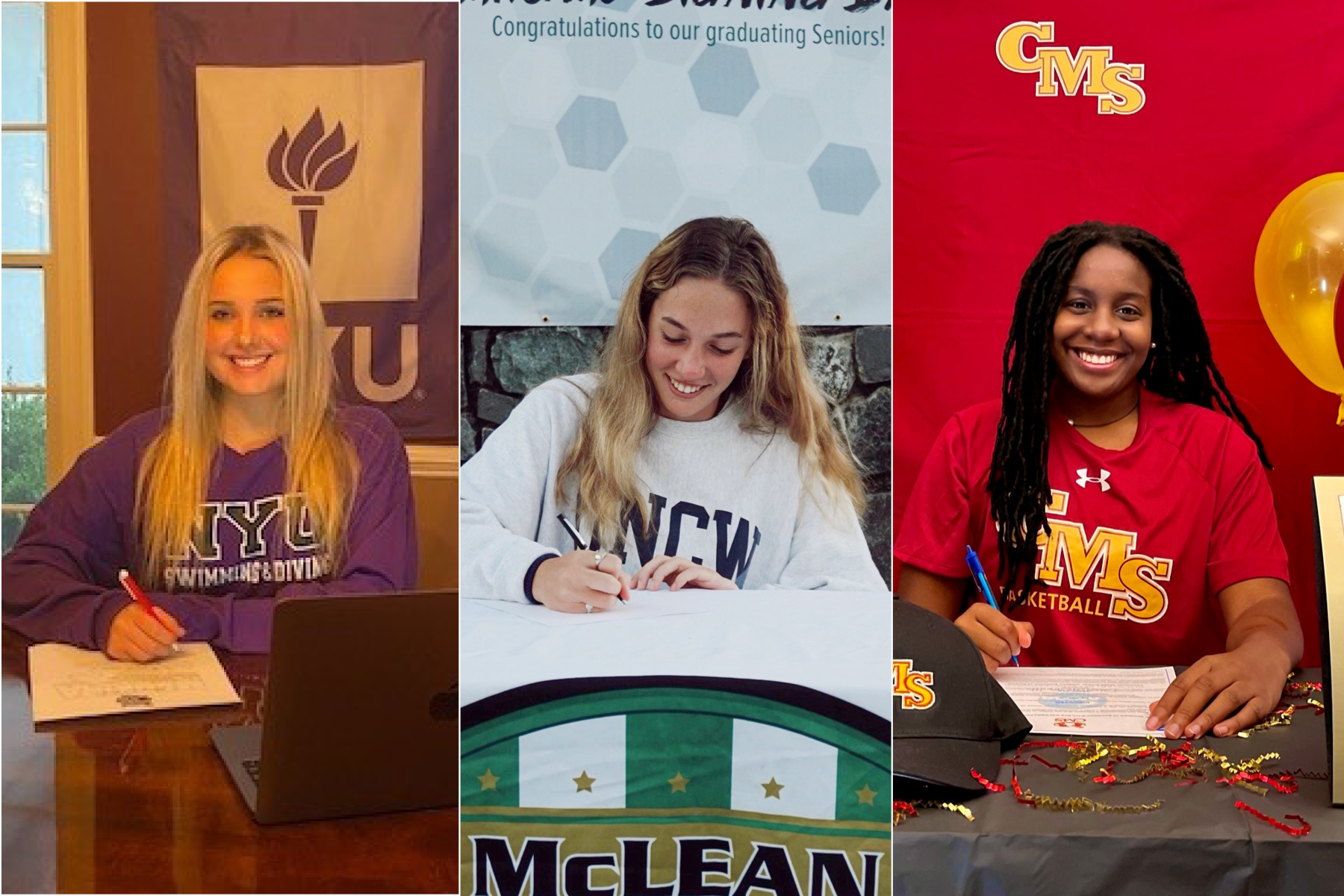 The Madeira School is proud to recognize three senior student-athletes from the Class of 2021 on their commitments to further both their academic and athletic careers at the collegiate level.

Hannah, a day student from South Riding, Virginia, will join the New York University Swim and Dive team this fall. Hannah came in as a sophomore and immediately become one of the top swimmers at Madeira. She quickly established herself as a state championship level swimmer and in two years boasted an impressive repertoire of individual and relay events. She received a bronze medal in the 100 Butterfly and swam the 50 Fly in the teams’ 3rd place 200 Medley relay.

“One of my favorite things about Hannah is that despite attending all the big USS meets, her lifetime best time in the 100 Fly was at our state champs!” said Director of Aquatics and Head Varsity Swim Coach Rod Montrie. “She’s been a dream to coach, and we are going to miss her.”

Halle, a day student from Bethesda, Maryland, will attend the University of North Carolina Wilmington and join the women’s soccer team as a Seahawk. Halle joined the Madeira soccer team as a freshman and was immediately recognized by ISL coaches as a skilled player with an innate ability to read the game. She was awarded All ISL A-Division honors as a freshman. Over the next two years, Halle continued to make an impact as a center midfielder by helping to facilitate Madeira’s offense. According to her coaches, Halle is not only a force on the field, but an outstanding teammate.

Ruva will attend Claremont McKenna College and join the Athena’s of Claremont-Mudd-Scripps Women’s Basketball team. Ruva is a boarding student from Fairfax, Virginia and a member of Madeira’s volleyball and basketball teams. She joined the basketball team her sophomore year, and her impact was immediately felt in the competitive ISL. In her first season as a Snail, she led the team to seven victories, averaging 10.3 points and 4 assists. Concluding Ruva’s junior season she received honorable mention averaging 10 points and 8 rebounds.

“Ruva has proven to be a versatile member of our community,” said Assistant Athletic Director and Varsity Basketball Coach Ka’Shauna Cook. “Ruva’s presence will be missed not only on the court but also as a leader on campus.”

Congratulations to Hannah, Halle, and Ruva! We look forward to following your success at the collegiate level and beyond!