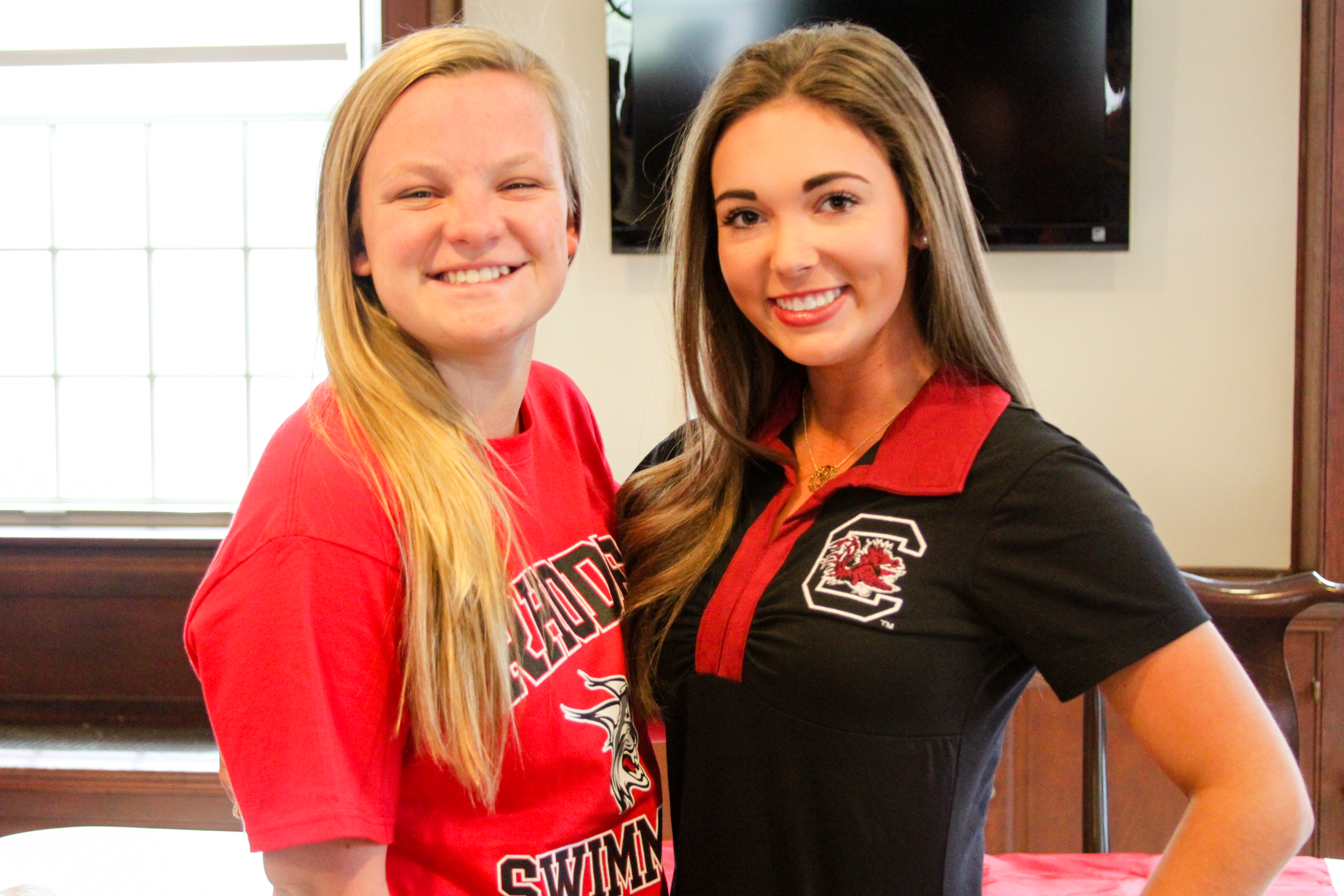 Seniors Stephanie Royer and Hanna Powers were recognized for their commitment to play at the next level during a ceremony on April 15, 2015. Hanna signed her national letter of intent to join the Division I equestrian program at The University of South Carolina. Stephanie Royer will join the swim team at Rhodes College in Memphis, TN.

Hanna has a great career as a high school equestrian. She has been the Madeira IEA team co-captain her junior and senior years, and led the team in points earned in 2013 and 2014. Hanna has qualified and showed at Pennsylvania National Horse Show and Washington International Horse Show which represent the highest level of competition in the country. She was also selected to represent Virginia at the USHJA Children's Regional Jumper Championships where she won both team and individual gold medals. In 2013, she was awarded the U.S. Hunter/Jumper Association's National Youth Leadership Award in 2013 and selected for Emerging Athletes Program in Atlanta, GA. “Throughout my high school riding years, I have been very fortunate to have had incredible competitive opportunities and experiences,” reflected Hanna. “I have also benefitted from working with so many talented coaches and trainers. I’m excited and grateful for the opportunity to continue riding at the college level as part of an NCAA team at the University of South Carolina.”

Stephanie has been a four-year member of the swim and dive team at Madeira, and a distance club swimmer at Machine Aquatics for 12 years, which practices at Madeira. Stephanie was co-captain for the 2014-2015 team. She has qualified for VISAA state championship all four years, and made her first appearance at Metros this year. She was named to VISAA All-State team in 2013 and 2014, and the ISL All-League team in 2014. She explained that she decided on Rhodes for their academic opportunities and long history of excellence. At Rhodes College, Stephanie will join past Madeira Snails Maddie Alagia ’13 and Ann Griffin ’12. “Stephanie is one of the great ones,” commented Coach Rod Montrie at the ceremony. “She is a great leader and teammate, and she is going to be missed.”

Congratulations to these Snails and good luck as they start their college athletic careers!