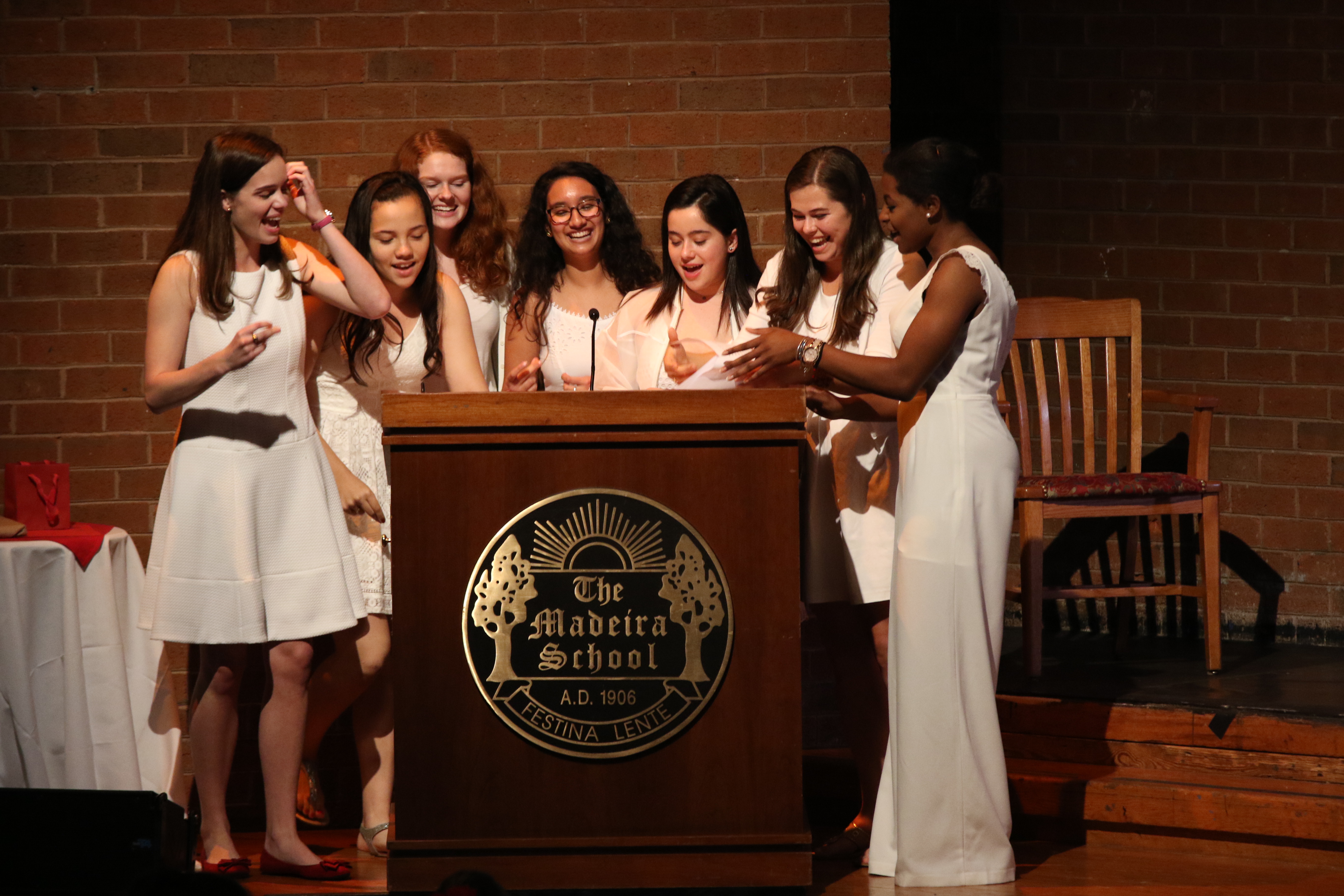 The Madeira community joined together on Tuesday, May 30, 2017 to celebrate the successful completion of another school year.

At Closing Convocation, community members celebrate achievements by faculty and staff, students, and say goodbye to those leaving Madeira.

After remarks from Head of School Pilar Cabeza de Vaca, the student government leadership for 2017-2018 was announced.

The Pink award was presented by Mr. Andre Withers and was given to Kalyna White ‘18 for her project involving the creation of a fundraiser for underprivileged children and orphans in the Ukraine.

Next came the Master Teacher awards, which were presented by Ms. M.A. Mahoney. The recipients were:

This year’s yearbook dedication, chosen by the students, was given to Ms. Isabel Macias.

After the presentation of awards, there was a special performance by Madeira Glee and Ms. Stacie Steinke of “Dear Madeira,” an original song composed by Lily Moriarty ‘17 and Zoe Crawley ‘18.