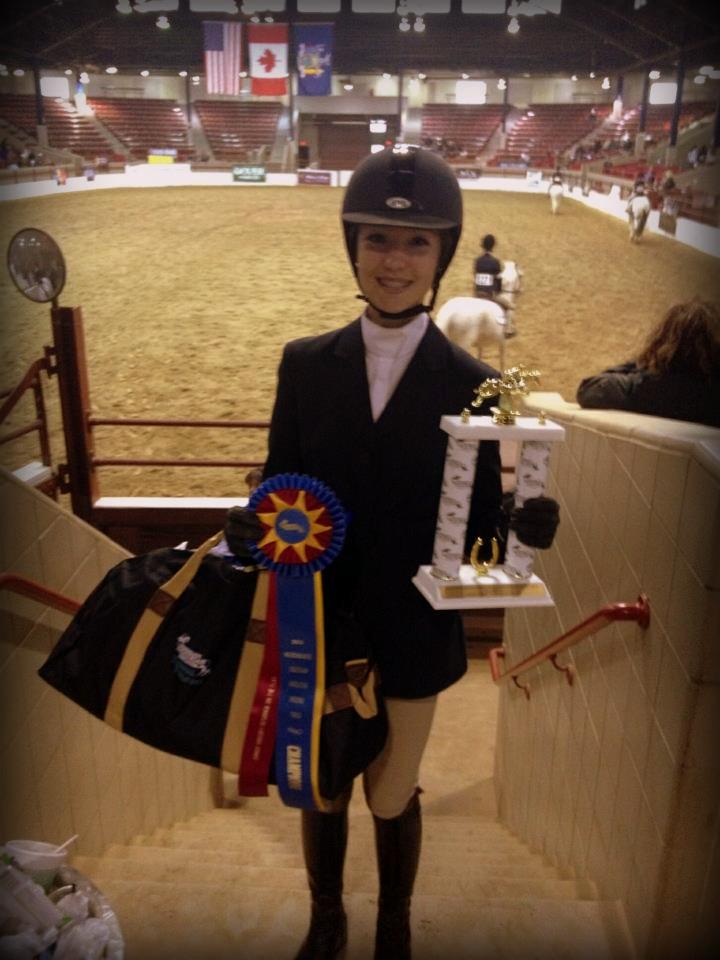 Over the weekend of April 19, more than 350 of the nation's leading middle and high school riders competed over the three day National Championship at the NY State Fairgrounds in Syracuse, NY. The competitors represented 184 teams from eight zones throughout the United States that participated in numerous shows during the 2012-2013 school year.

Chiara qualified for the National Finals by winning first the Zone 3 Region 2 Final on February 24 at Pickwick Stable in Syckesville, MD and then the Zone 3 Final on March 10 at the Chatham Hall School in Chatham, VA.

She was accompanied to the National Finals by IEA coach Jessica Leonardi and Mollie Thomas '16. Just getting to the finals was an adventure when their Friday morning flight was canceled due to bad weather and they then had to drive six and a half hours to Syracuse, arriving just in time for Chiara to get on and compete in the Friday evening semi-final. Fortunately she made it, and was able to get through and eventually win the finals on a snowy Saturday.

A true story of “Function in disaster, finish in style!”