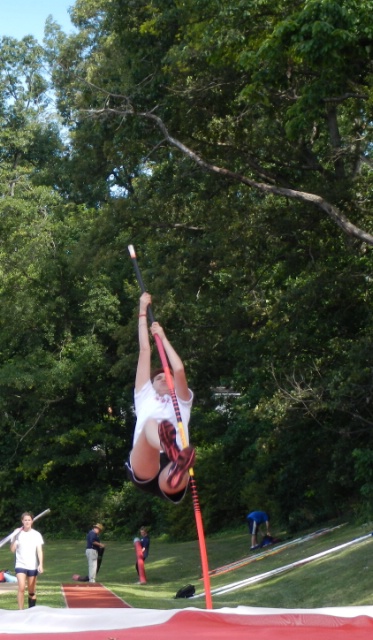 Madeira freshman and pioneering pole vaulter, Charlotte Heffelmire, set the school record at the VISAA State Championship Track and Field meet May 19. Before the day was over, Charlotte had broken her own vaulting record three additional times on her way to placing 6th in the state. While modesty prevents Charlotte from sharing too many specifics from her pole vaulting accomplishments (and in keeping with the ironic tradition of Madeira’s 100 years of “undefeated” football), it is fair to say that Charlotte smashed the previous Madeira school record by well over 7ft.