Celebrating the graduation of the Class of 2015 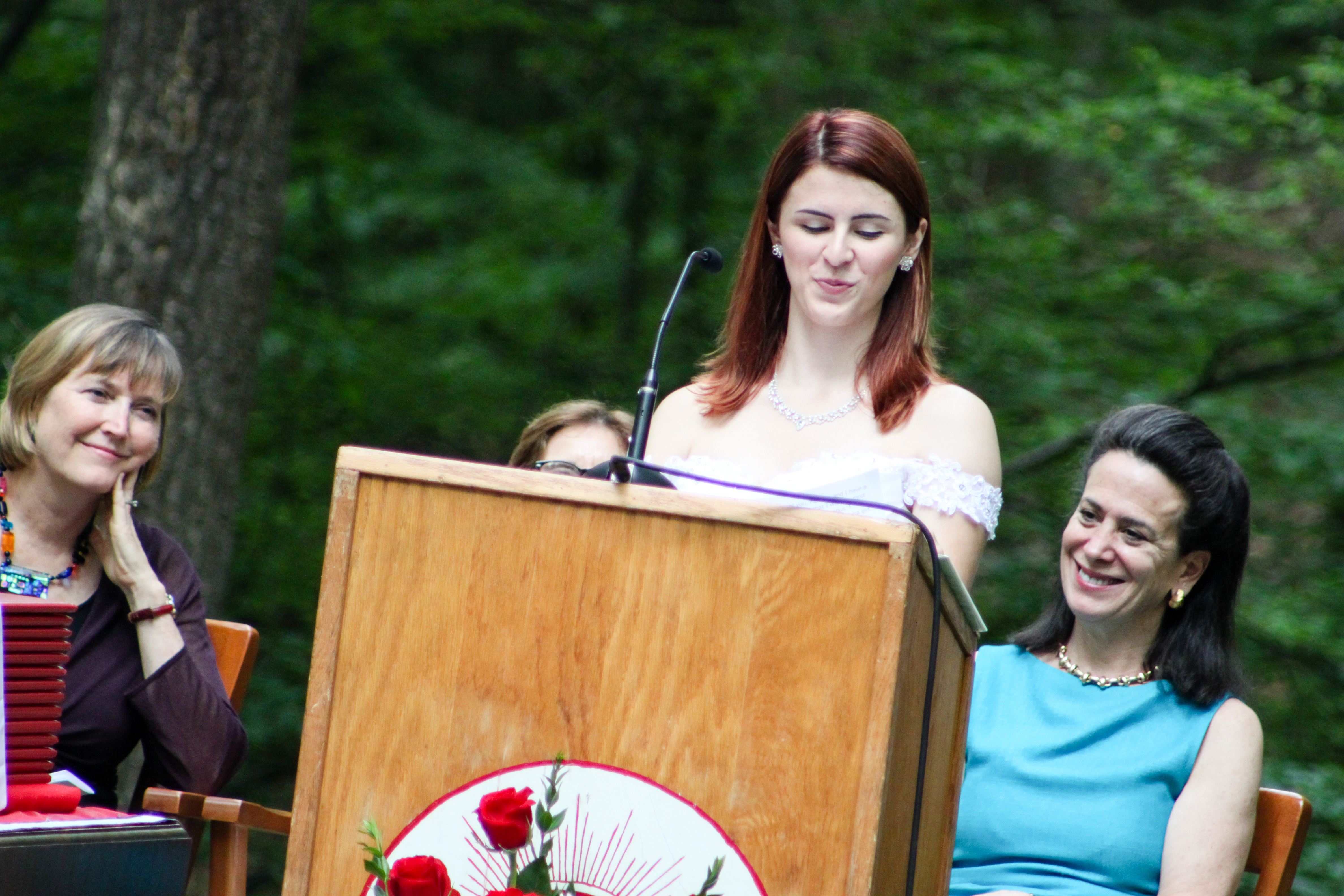 The 2015 Commencement Ceremony was held on a sunny morning, Friday, May 29. Ms. Marcia Marsh, chief operating officer of the World Wildlife Fund, was the graduation speaker. In her address she urged students to be open and ignore stereotypes. After graduating from Randolph-Macon Woman’s College, she was surprised to find that she thrived in the corporate world. She climbed the ladder and eventually found her place at World Wildlife Fund, where she uses skills learned in the private sector to advance the goals of the world’s leading conservation organization. Ms. Marsh described several instances where unlikely allies united to bring about change. To a generation who will face many problems, she urged the grads to find common ground, to make progress, and not be polarized to stagnation.

Head of School Pilar Cabeza de Vaca used the metaphor of a patchwork quilt, encouraging students to use strong moral fiber as the backing. She described how each memory and lesson will color their quilt and it will be a piece of art, unique to them.

Senior class speaker, Rose McAvoy likened Madeira to a comfy bed, one that will be hard to leave. She addressed her classmates and guests with candor and humor, telling stories of their unique experiences. She described the class as one that stuck together through challenges and made their opinions heard. Rose urged her classmates to not lose their sense of mischief. When the selfie stick appeared during the final moments of the ceremony, we were assured that this class was in no danger of losing that sense of mischief anytime soon.

Congratulations to the Class of 2015!