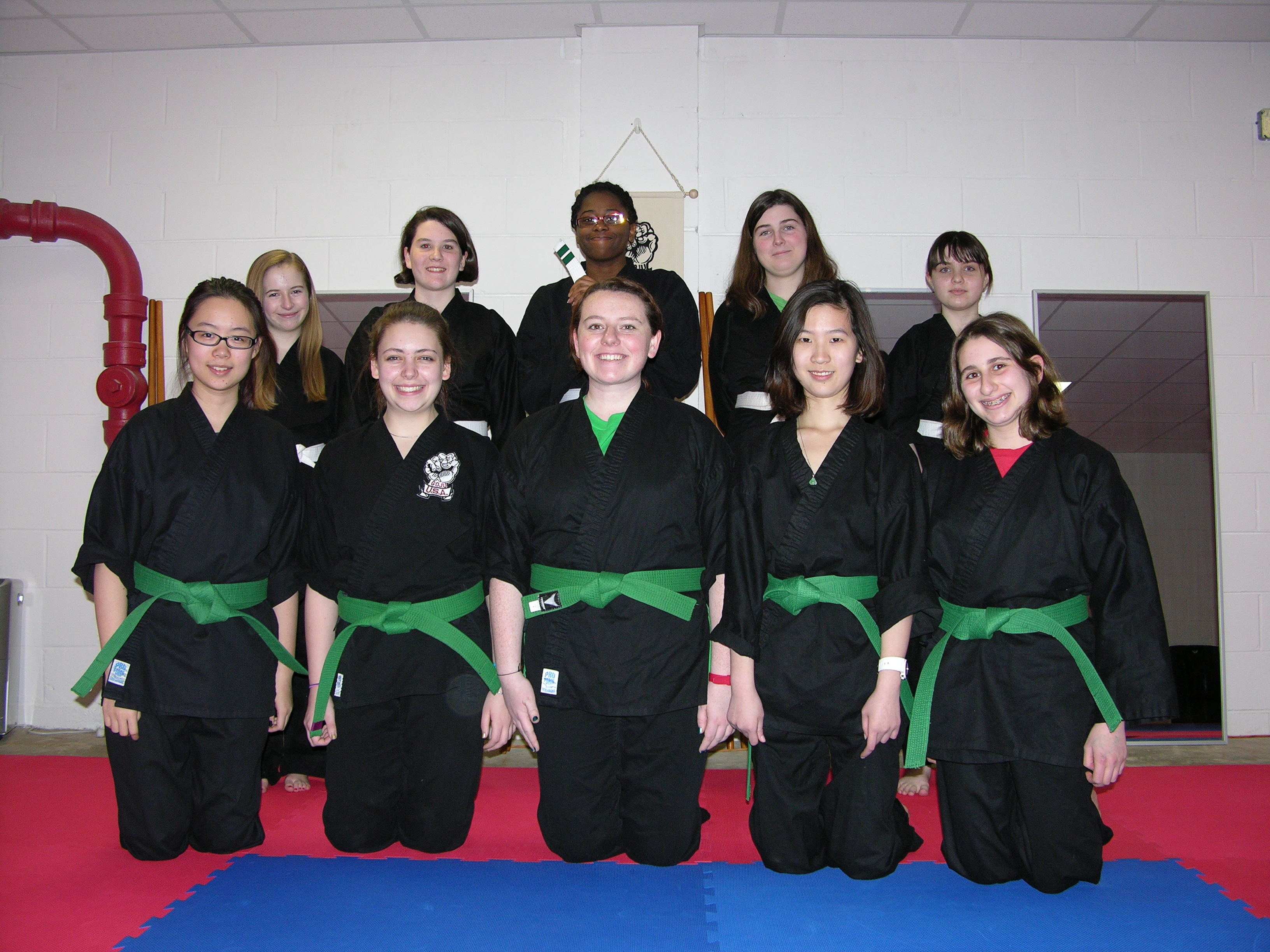 At the end of February 2013, the Madeira Dojo held testing and promotions for students of various ranks. During the winter trimester, students learned a variety of elbow, knee, hand, and feet strikes, self-defense and sparring applications, and techniques for throwing an opponent. In addition to these empty-handed techniques, a new dimension of weapons training was added to the dojo curriculum and students learned blocking sequences and forms with the five-foot staff. At the end of the term, ten Madeira girls received recognition in USA Goju karate based on their time in grade, skill development, and strength of character.

From the class of 2015:  Julia Berley and Janet Wang, in their third trimester of karate, were promoted to the level of go kyu (green belt).

From the class of 2014:  Alison Branitsky, in her fifth trimester of karate, was promoted to the level of yon kyu ho (purple stripe on green belt) and is the highest ranking student in the Madeira Dojo.

Kyoshi Stacey Boyette, karate instructor and science teacher, is proud not only of the Madeira karate girls’ activities inside the dojo but outside of the dojo as well. On Saturday, December 8, 2012, four former and current karate students, Anna Bradley '14, Julia Berley '15, Janet Wang '15, and Cherry Yan '15, volunteered at Excel Academy and assisted in teaching self-defense to K-fourth grade girls at the school.

The karate activity is offered during fall, winter and spring and meets from 4:30-5:30 p.m. on Mondays, Tuesdays, and Thursdays.