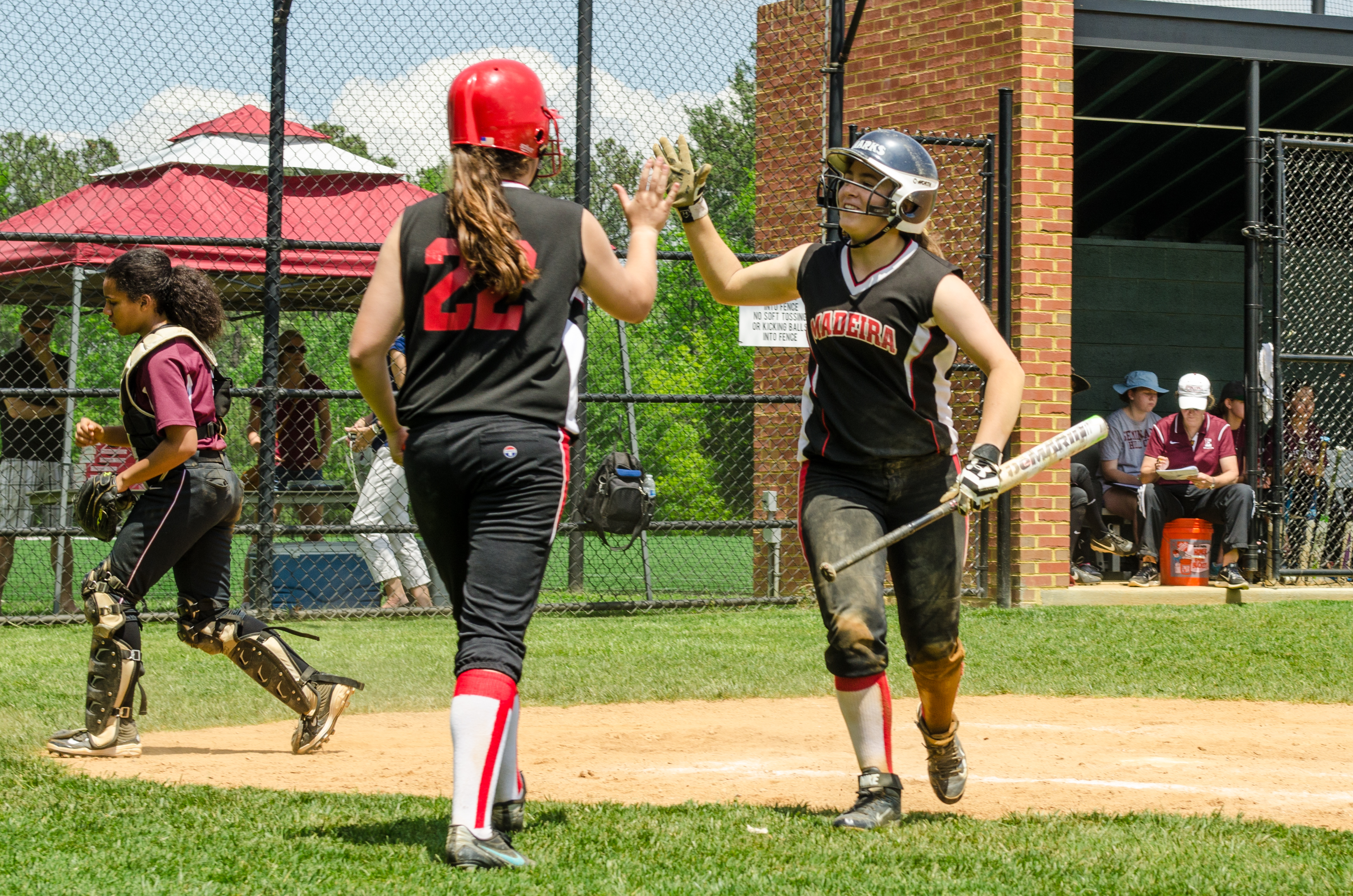 An impressive effort by sophomore Catherine Hall hoisted Madeira varsity softball to a 23-12 win in six innings over Bullis on Tuesday. Hall rocked Bullis with two home runs and went 5-5 in the game with five RBIs and five runs scored. Hall homered in the fourth and fifth innings.

The top of the first saw Madeira take an early lead, 2-0. The Snails attack began with a single from Anna-Sophia Massaro '18. A single by Hall then moved Massaro from first to second. Parr singled, bringing home Massaro and Hall.

Madeira easily handled Bullis pitching as seven hitters combined for 21 hits, 19 RBIs and 20 runs scored. The Snails scored seven runs in the sixth on a RBI double by Alexa Zartman-Ball '17, a RBI double by Celia Parr '16, a RBI single by Amani Hagmagid '19, a RBI single by Prabha Girish '19, a walk by Queen Obosu '17, a walk by Hall, and a sacrifice fly by Zartman-Ball.

The Snails never surrendered the lead after the fourth inning, scoring six runs on a two-run home run by Hall, a RBI single by Massaro, and a two-run triple by Giovi Moriarty '18. They built upon their lead with four runs in the fifth. A two-run blast by Hall ignited the offense, plating Obosu. That was followed up by Hagmagid's single, bringing home Zartman-Ball.

Three runs in the bottom of the fifth helped Bullis close its deficit to 16-12. Each team blasted the other's pitching, and there were 35 total runs and 35 hits during the game. Madeira beat Bullis thanks to 21 hits, including seven extra base hits.