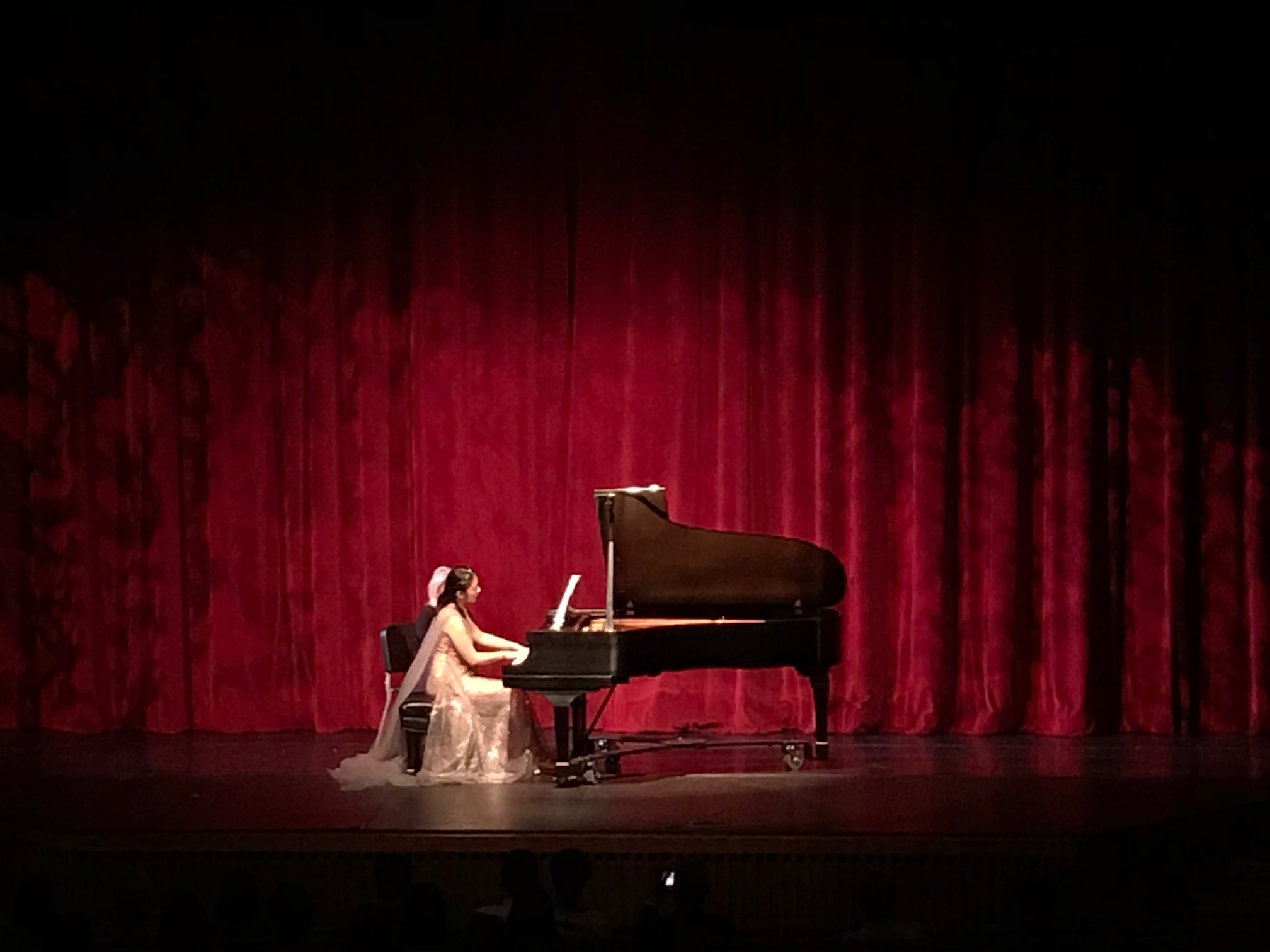 Senior Angela He presented her final piano performance in a solo recital of works by Bach, Beethoven, Brahms and Ravel this week.

Her riveting performance resulted in two encores, one of which was dedicated to her father’s birthday. Both her parents were in attendance, beaming with pride. Angela has been an integral part of Madeira Arts for the past four years, as she was featured at soirées, chamber orchestra concerts, alumnae and board of director events, open houses for prospective students, and as an accompanist for Madeira Glee singers.

She represented Madeira in the Washington metropolitan area in a number of high level piano competitions, consistently placing in the top three. Her teacher, Mrs. Deborah Morris commented, “Angela has surpassed the many piano students I have had over my last 21 years in the amount of literature studied, competition and performance participation, and advanced technical and musical skill. She will be greatly missed."