Audiences captivated by Into The Woods 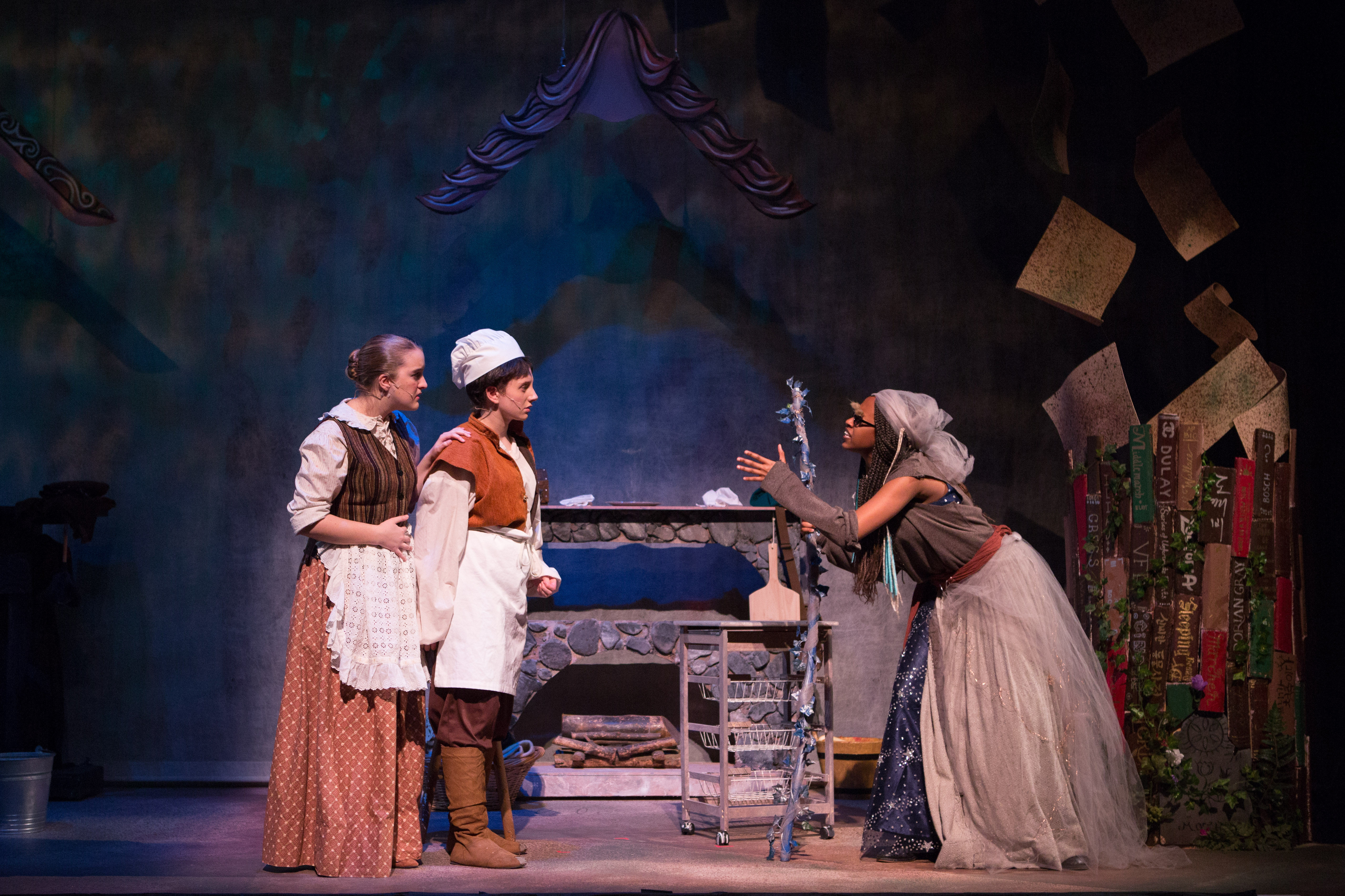 This February, Madeira put on a production of James Lapine and Stephen Sondheim’s Into the Woods. The musical is a twist on classic childhood stories like Cinderella, Little Red Riding Hood, Rapunzel, and Jack and the Beanstalk. It is a musical where fairy tales collide and as they accrue the wishes of each character, the individuals face unexpected consequences while trapped in a mythical forest. The musical follows the Baker, played by Melissa Handel ’19, and his wife, played by Claire Pitzer ’17, and on their journey to reversing on old family curse.

Ms. Cowan, Director of Theater and Film at Madeira, directed her 11th musical this year with assistants Mr. Winter, Dr. Wallace, and Ms. Wellington. Mr. Winter, an outside consultant with experience in theater, was the Music Director for the show.

The cast of Into the Woods spent the last few weeks before the performance rehearsing songs for the show and blocking out scenes. Into the Woods is definitely a lot of hard work musically,” explains Melissa Handel ’19, “but it’s very fulfilling when you get the counts down for a really hard song.” The music for this show was incredibly challenging; the Prologue, the first song of the show, is ten minutes long and demands expert vocals for many members of the cast.  The concept of designing a magical forest was also a difficult task for the technical theater department. “Although [tech’s] work is seen as ‘behind the scenes,’ [the crew] puts in so much effort over the course of many weeks to create everything seen on stage,” says assistant stage manager Alex Burnside ’19. The show had a very complicated set, with many pieces and magical elements incorporated into the final design. Many students enrolled in technical theater felt that they had a great time bringing the creative set to life. The technical crew not only built the set for the show, but ran the lights and sound. Led by technical directors Ms. Newman and Ms. Randolph, and stage managers Millenah Nascimento ’17 and Burnside ’19, the over 300 light changes were a success on each night of production.

Theatre has been a fun and lively part of the Madeira experience. According to many members of the theater department, the cast and crew tend to grow very close over the course of the winter season. Prahba Girish ’19 explains that “[she] has spent hours laughing, crying, wondering, and exploring while at Madeira, and the culmination of all of those feelings has always been the support that [she] has found in Madeira theatre.” Chapin Brown ’19 remarked, “Madeira theatre has become a family to me.” Theatre is all about bringing people together, and Madeira’s theater program does a wonderful job doing just that, year after year. Thank you for a fantastic production!

Read the Cappies Review from The Connections Newspaper

Read the Inside NOVA Cappies Review