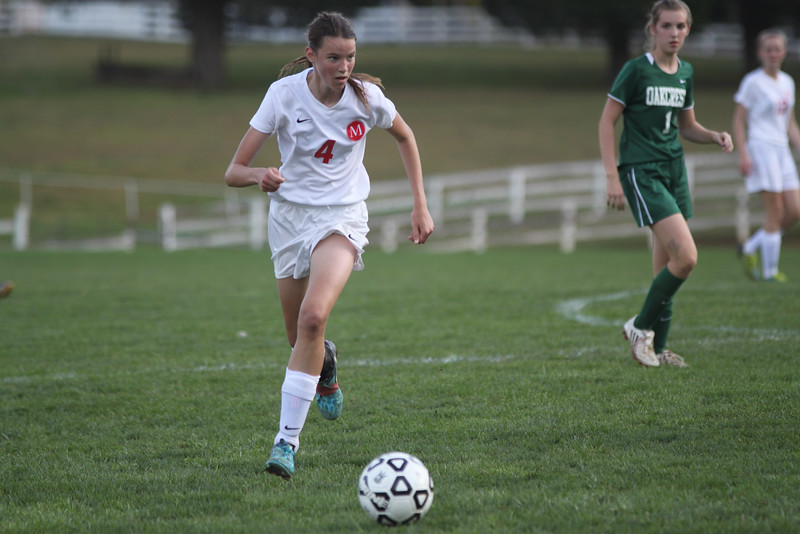 This week we the Snails competed in two Playdays and 15 games, meets and/or matches. Read further for a complete recap of the week's results from volleyball, soccer and field hockey.

Varsity volleyball defeated NCS at home on Thursday night in three straight sets. A very efficient showing, the Snails proved strong from the service line with 19 aces, helped with a collective defensive effort by Junior Ellie Jordan and Sophomore Megan Grohowski with 14 and 13 digs respectively. Senior Bella Dunlop had a season high .500 hitting percentage in the middle, and she and Senior Sinclaire Jones provided 6 total blocks for the team. The Team improved to 2-0 in league on the season.

In their first home match of the season, JV Volleyball fell in a well-fought battle against NCS. The team struggle with serve receive late in game one, but made up for it with 10 aces and 7 aces in game two. Senior, Sequoia Ragland led the team with 5 kills and 7 digs, and Freshman Lilly Hunt added 5 digs in the two games.

In a tough fight against a good Holton team, Madeira kept the score tied at nil until the last minute of play. Holton stretched down the field and, in a corner with less than 30 seconds, scored the only devastating goal of the bout.

Varsity Field hockey dropped to Bullis at home this past Tuesday night.

JV Field Hockey had a tough 0-6 loss to Holton-Arms on Tuesday. Madeira debuted many players new to the sport who were competing for the very first time. Notably among these was Savannah Robinson, who donned the goalie pads and made some fantastic saves!

JV Field Hockey pulled out a tie against Bullis at Home Thursday night.

JV Soccer lost their home opener 0-4 on Thursday night of this week.

Varsity Soccer took the 0-6 loss against Holy Child at home this week.

In their match at Maret, Varsity Tennis picks up their first victory of the season.

In the matchup of JV Tennis against Bishop Ireton, the match proved to show both some highlights and some challenges. On Double #2 with Alexandria Johnson and Ashley Qi, it was a very close game and quite challenging. The snails dropped that game 6-8. On Double #3 Jaeun Kim and Vicky Yang pulled out a victory for the Snails. The biggest highlight of the night was in Jordan Kallet’s match. Quickly down 1-5, Jordan battled back and gave the team a 8-6 win. Overall the team lost 3-4 to Bishop Ireton, but did well playing and communicating with each other.

In the matches versus Episcopal, JV tennis was defeated in a great matchup. In Single #1, Sharon Ge worked hard against a tough opponent. Although the final score didn't justify their efforts, all of the girls did their personal best and made the coach and fans proud. The highlight of the game was Charlotte, who was down by some in the beginning of her match, but came back from almost a 2 hour match with a win of 8-6.