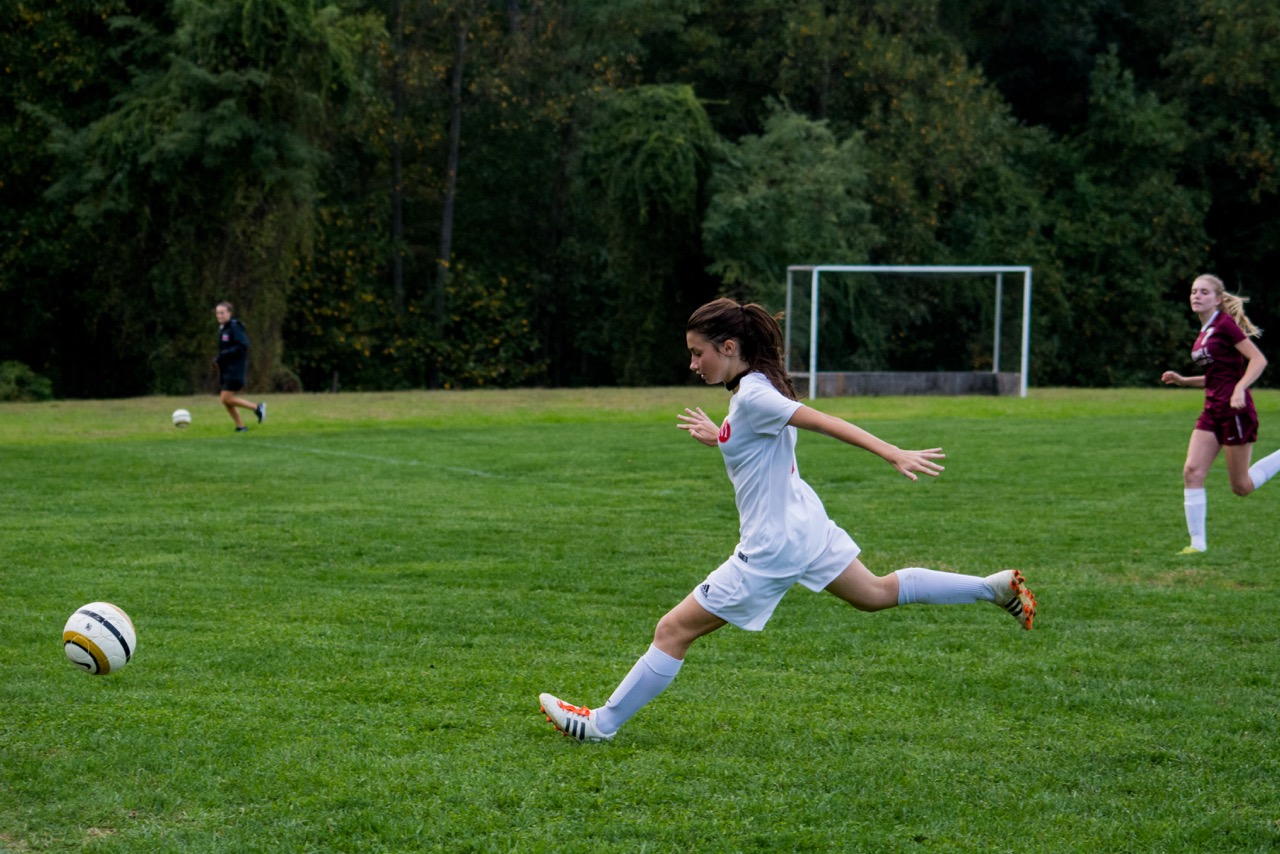 JV Volleyball at the Hopper Tournament
JV Volleyball ended the season with a record of 11-2 entering the final tournament of the season at Georgetown Day. The Snails started off competition vs St. Andrew’s after beating them the night before at home. Madeira beat St. Andrew’s 15-9 and 15-7 in tournament play behind Lily Hunt’s .667 hitting percentage and 6 digs. The Snails then conquered Holy Child in a score of 15-10 and 15-6, led by A’Nya Harrison’s .500 hitting percentage, and Abigail Melton’s 6 assists. Madeira finished out Friday pool play by splitting with Maret 15-13 and 12-15, a JV team that had previous defeated the Snails. Sequoia Ragland provided 3 kills, and Victoria Zhang led the offense with setting and defense. Melton had the play of the game, by saving a ball on match point that was head for the stands. Finishing 2nd in pool play, Madeira faced off against Flint Hill JV on Saturday’s tournament, but fell 14-25 and 17-25. Ragland hit for 6 kills in the battle, and Zhang received All-Tournament Team honors.

Varsity Volleyball vs. NCS in the Semifinals of ISL - W, 3-2
Madeira hosted NCS in the semifinals of the ISL Division A tournament after receiving a first round bye. The Snails pulled out a nail bitter in five sets, but clinched the berth into the championship match on Sunday at 3:00 pm at Episcopal. Sophia Bernstein, Mia Palgialunga, Megan Grohowski, and Ellie Jordan all had over 20 digs for the match, and Ellie Jordan, Mia Palgialunga and Sophia Bernstein all had double-double performances. Bernstein and Grohowski had career high nights, with 50 assists and 30 digs respectively.

Varsity Tennis vs. Maret in First Round of ISL - L
Tennis finished their season in the first round of the ISL tournament with a loss at home against Maret.

Varsity Soccer vs. Maret in First Round ISL - L
Soccer finished their season in the first round of the ISL tournament with a loss against Maret.

Madeira hosted a wonderful IEA show on Saturday. Thanks for all the support the team received from our students and parents.  Madeira clinched a post-season appearance with their 3rd win in a row this season.

On Sunday, Madeira was well represented at the Washington International Horse Show at the Verizon Center in Washington, DC.   Showing in downtown DC is an incredible experience on multiple levels that requires a tremendous amount of preparation.  The show started for Madeira with horses and equipment being delivered downtown at 7:00 pm on Saturday.  Jessica Leonardi and Katie Drake schooled the horses at 11:30 pm…finishing around 1:30 am. I took Ava Brugger and Emma Avent over at 4:00 am to school the horses again.  We returned to the hotel for a brief nap around 7:00 am and then returned at 11:00 am to start preparation for their 3:00 pm class.  Bridget Vaughey, Emma Bishop, Emma Knisley, Kelly Nance, and Emily Cyrway were on hand to help and support the riders and horses in the afternoon. It was definitely a team effort!  Both riders were very nervous about riding at such an imposing venue and made small mistakes in their classes but they represented Madeira well with their sportsmanship and effort.

Both for individuals and as a team, 3 shows is the absolute minimum that it takes to earn enough points to qualify for Regional finals. So it's a huge accomplishment for the team and 3 individuals who have managed to qualify already!