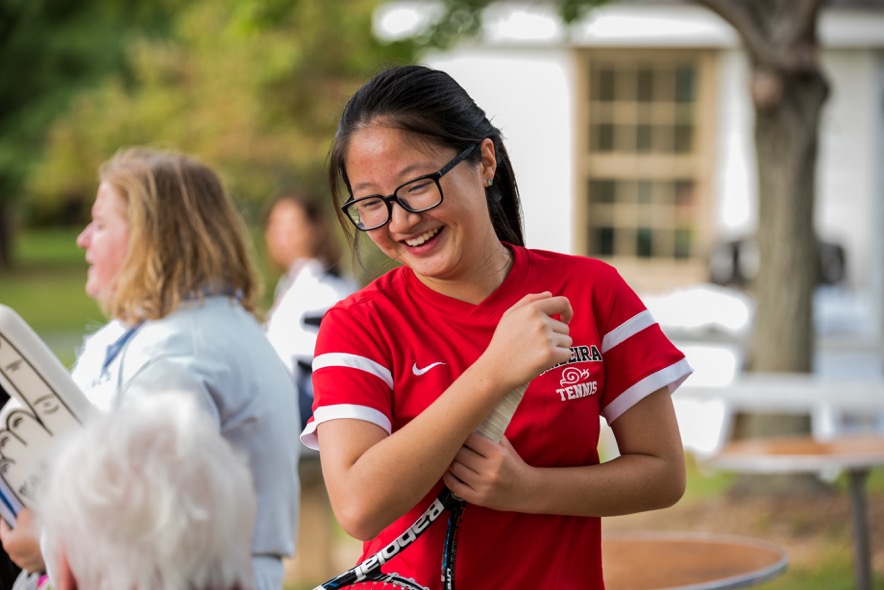 Cross Country at Flint Hill
Keya Chava finished first for the Snails with a time of 24:45. Maddie Bennet and Olivia Levin rounded out the top three with times under 26 minutes.

Varsity Volleyball vs. Potomac - W, 25-15, 25-22, 25-9
In a well-balanced offensive game for MADVB, the snails defeated Potomac school in three straight sets. Bella Dunlop recorded 8 kills on 16 attempts with no errors and Sophia Bernstein had 24 assists for the Snails.

JV Volleyball vs. Sidwell - W, 25-19, 19-25, 15-7
JV Volleyball defeated Sidwell in a three set battle at home on Monday. The team recorded 21 aces, led by Lily Hunt with 8 from the service line. Victoria Zhang finished the match with 8 assists and 6 digs.

JV Volleybal vs. St. Andrew’s - W, 22-25, 25-18, 15-5
JV Volleyball came back from losing the first set to take the victory against St. Andrew’s on Senior night, honoring Sequoia Ragland, Mara Delta, and Abigail Melton. Mara Delta (injured foot) came in to provide emotional lift for the team in set two, and served 4 points in a row. A’Nya Harrison finished the match with 7 kills and Abigail Melton recorded her first double double of the season with 10 digs and 16 assists.

JV Soccer vs. SSSAS - L 0-2
The JV soccer team lost to SSSA 2-0. The Snails played well in spite of only having 12 available players due to injury. Annie Newton played her first full game in goal and was outstanding. Vanessa Saenz was an all-around player and slotted in to many different positions.

JV Soccer vs. NCS - L, 1-3
JV soccer put up a good fight on Senior night at home vs. National Cathedral, but dropped the match 1-3.

Varsity Field Hockey vs. Potomac - L, 1-4
After a tough first half, Madeira rallied and won the second half 1-0. Krysten Scott scored after a time out when and a situation that demanding a goal. Esi Gadese-Mensah was on fire and stopped everything, pushing the offense forward throughout the game.

JV Field Hockey vs. Potomac - L, 0-4
The JV field hockey team had their last official game last night against, The Potomac School. The Snails had the most offensive game they have had all season. However, Potomac won, 0-4. The energy was high, and there was even a penalty stroke taken by Natalie Seara! Up Next for JV is their JV tournament this Saturday at 9 am!