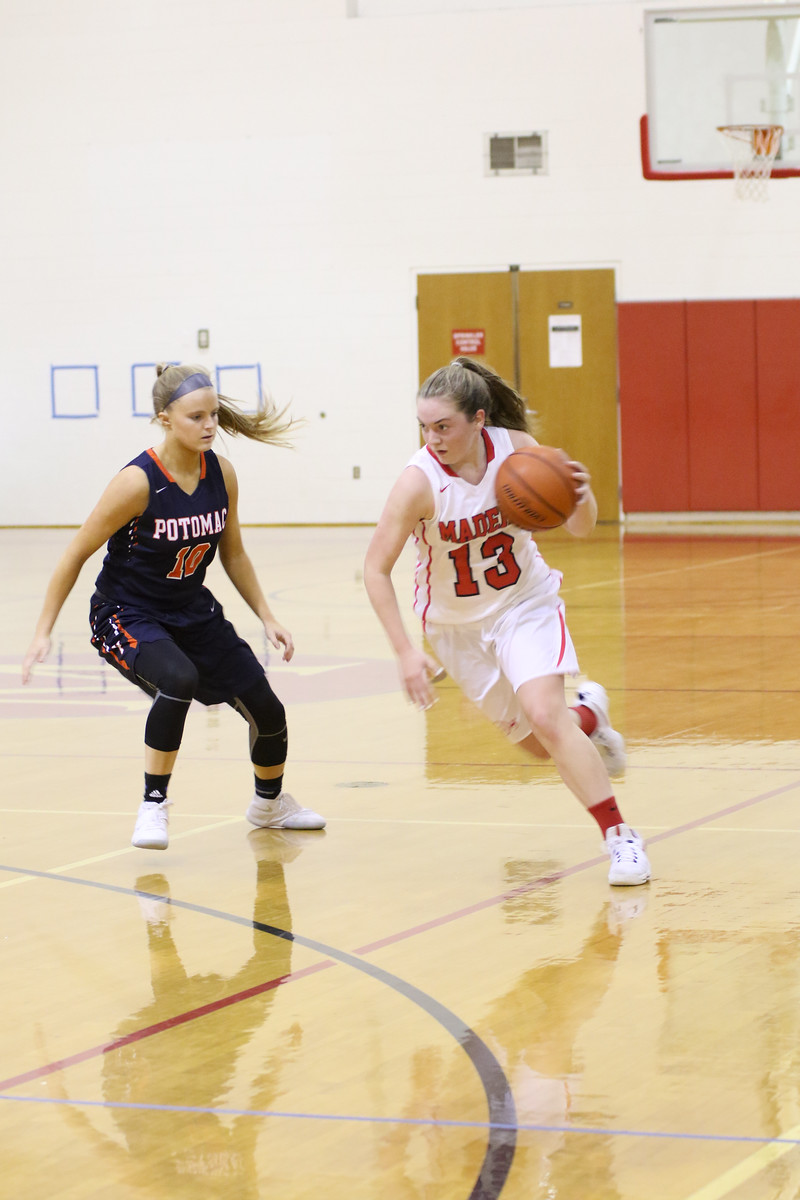 Check out actions shots of your favorite athletes here!

The Madeira Varsity swim and dive team participated in the 2017 Washington Metropolitan Interscholastic Swimming and Diving Championships on Saturday, 2/11 at the Germantown Swim Center.

Madeira had an excellent showing, finishing 6th out of 34 teams.

Meaghan Doyle placed 15th in the 100 Freestyle with a time of 54.06 after entering the meet seeded 22 and placing 20th in the preliminaries.

The biggest excitement was provided by the snail’s freestyle relays. The 200 Freestyle Relay (Gati, Moriarty, Davis, Heilbrun) took second place in a time of 1:37.05 just being edged out by Walter Johnson H.S. by .20 seconds. Less than 30 minutes later was the final race of the meet, the 400 Freestyle relay. After placing 4th in the prelims and facing all the top swimmers in the city including teams from Walter Johnson and ISL Rivals Holton Arms, Madeira (Gati, Doyle, Davis, Heilbrun) won the event by .13 seconds in a new team record and All-American time of 3:30.58.

The team will conclude their season at the Virginia Independent Schools State Championships in Christiansburg, VA on February 17 & 18.

Swim and Dive vs. Oakcrest on Senior Day - W

Basketball dropped to Holton-Arms away with a score of 39-56. Varsity basketball will finish up regular season next week against Episcopal at home prior to entering the ISL tournament.

After dropping to Holton in their first matchup of the season, the Snails came out with something to prove. Madeira jumped to a quick 14-5 lead in the first quarter, and Holton responded with a tough half court press. In a high scoring JV bout, Madeira fell by one point in the last minute off of a ricochet basket from Holton, placing their record at 9-4 on the season.

On Tuesday, Madeira Squash went against NCS at Regency Sports Center in Tysons. The girls put up a tough fight and ending with a score of 7-6, falling to NCS.

Madeira Squash hosted an internal scrimmage in honor of their lone senior, Peyton Flory, at the Regency Sports Center in Tysons. The next event for squash is the annual Two Balls One Racquet Tournament on February 26, 2017.

The Madeira Karate Dojo is proud to announce the following promotions awarded during Module 4.  Promotions are based on proficiency of physical skill, demonstration of personal growth, and time in grade.

Throughout the term, the students learned strikes, kicks, sparring combinations, throws, and empty-handed and bo staff self-defense techniques and forms.  The term was highlighted by three special training sessions under the guidance of visiting instructor Teresa Liao from Aikido of Arlington.  During these sessions, students focused on footwork, body movement, and blending their energy with that of their attacker.